In 1995, global rights activists sent a powerful message about the urgent need for gender equality in political, civic, economic, cultural and social life. Two decades later, women and girls have made powerful strides in closing the gender gap.

Worldwide maternal deaths are down by 45 percent, however 800 women still die every day from preventable pregnancy complications. Globally, the percentage of women in parliament has nearly doubled over the last 20 years, however females only represent 22 percent of current leaders.

Despite the progress that women have made in education, health and political power, shocking levels of violence and discrimination against women persist, and gender parity remains a distant goal.

One of the least discussed, yet most pervasive stigmas in gender equality is female menstruation. In every country, the veil of silence around menstruation contributes to sexism that can hold women back in their personal lives and professional careers. 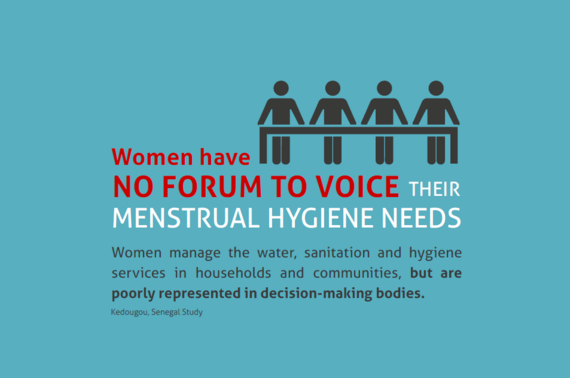 In a series of studies to be released this week by the Water Supply and Sanitation Collaborative Council (WSSCC) and UN Women, researchers found that women in Central and West Africa lack access to clean water, private spaces and well-designed toilets, depriving them of a place to clean themselves and change with both privacy and dignity. 64 percent of women and girls interviewed in Cameroon, for example, said there are no toilets in any of the public places they frequent, including where they work.

The average women menstruates for 3000 days in her lifetime, however the subject is constrained by taboos that prevent girls from learning how to manage their periods hygienically and safely. 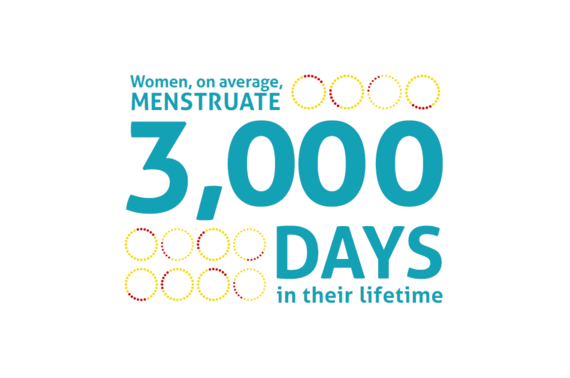 This culture of silence is pervasive among women in Central and West Africa, where women lack basic information. 82 percent of respondents in Cameroon said that they had heard of menstruation, but did not know what caused it. 40 percent of girls and women surveyed in the Kedougou region of Senegal said that they were frightened by their first period.

The consequences of this taboo hit hardest in the least developed parts of the world, where silence translates into a lack of services and education for women and girls.

Inadequate infrastructure and guidelines for women results in a staggering economic loss, dragging these poor regions into further cycles of poverty. 96 percent of surveyed women in Kedougou, for example, did not regularly go to work while they were menstruating, according to the WSSCC/UN Women study. Access to toilets also improves literacy rates. More than half of girls who drop out of primary school in sub-Saharan Africa do so because of a lack of separate toilets and easy access to safe water, according to the ONE campaign. 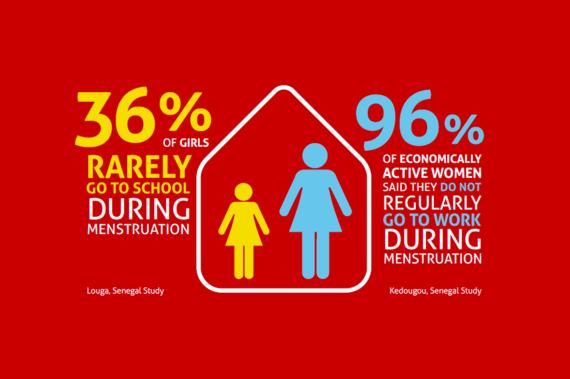 It is time for the global community to break its silence on menstruation so that women and girls can discuss the topic without fear, and get the information they need about their natural physical cycle.

Governments, for example, can introduce policies to ensure that girls and women have separate, private toilet facilities in schools and at the workplace, access to essential products -- cloths, pads and menstrual cups -- and the means to dispose of and clean them.

Critically -- and most difficult -- national and community leaders must speak out to change attitudes, upend customs that restrain menstruating women and girls and promote basic education about periods.

In 1900s Europe, menstruation was a taboo perpetuated by religious and cultural myths. In 2015, British tennis star Heather Watson recently shocked the world by ascribing her Australian open defeat to 'girl things.' This is not a developing world issue, nor a women's issue alone.

It's time to make safe, hygienic and private menstruation a global priority, with dedicated advocacy, funding and policies. By lifting the veil of silence, we open the door to action that can transform the lives of women and girls around the world.

To take action on pressing sanitation issues, check out the Global Citizen's widget below.
Download
Calling all HuffPost superfans!
Sign up for membership to become a founding member and help shape HuffPost's next chapter
Join HuffPost