In recent years, the Nicaraguan government has sporadically mounted campaigns to control Aedes aegypti, the mosquito which transmits dengue fever, chikungunya virus, and now the Zika virus. Through a megaphone on top of a vehicle, the lilting guitar of the Nicaraguan folk classic "Mora Limpia" often announces the arrival of government workers with sprayers slung over their shoulders. As workers go house to house, the inhabitants empty into the street. A fog of the insecticide cypermethrin pours out of doorways and windows like sublimating dry ice, followed by the lingering smell of the diesel mixed with the chemical. The insecticide is highly toxic to fish, bees, and other insects in addition to mosquitoes. But this collateral damage is rarely mentioned in public discussion of the spraying. In Nicaragua and many other Latin American and Caribbean countries besieged by Aedes aegypti, eliminating mosquitoes by any means necessary is the modus operandi.

After Nicaragua confirmed its first cases of Zika in January, government workers fumigated 2.5 million houses in this country of six million. In addition, thousands of areas of standing water in yards, markets, and ditches -- perfect mosquito breeding spots -- were treated with larvicide. Some question whether such a campaign works, given that not all neighborhoods are regularly fumigated and some people won't allow the sprayers into their homes. There are only two alternatives, however: doing nothing or eliminating the mosquitoes' breeding places. The former would be both a public health disaster and politically unpalatable. Eliminating mosquito breeding spots would also present political and economic obstacles, but if these challenges were tackled, many problems associated with urban inequality in Latin America could be addressed, too.

Aedes aegypti is a creature of cities. It rests in and around houses, where it bites people during the day. To breed, it depends largely on water storage containers and rainwater that collects in garbage, tires, puddles, and drainage ditches. Even a bottle cap dropped in the street provides enough water for Aedes aegypti larvae to develop. The female mosquito also generally feeds on human blood to produce eggs, so the higher the human population density, the more successful it can be.

Latin America and the Caribbean is the second-most urbanized region in the world and the planet's most unequal. 80 percent of its people live in cities. While these cities have grown explosively over the past sixty years, so has economic inequality. Pervasive poverty and lack of housing have caused informal settlements to blossom in the margins of the region's metropolises, and urban infrastructure hasn't expanded sufficiently to serve them. Many Latin American cities are fringed with neighborhoods that lack paved roads and reliable, piped water. Some communities also lack municipal garbage pickup. When water is only occasionally available, residents are forced to store it, typically in open containers. Likewise, without municipal garbage pickup, people accumulate trash in their yards or deposit it in nearby ditches and informal dumps. These behaviors create ideal breeding grounds for Aedes aegypti, as do the puddled, dirt roads and poor drainage frequently marking the region's low-income communities.

For these reasons, the rapid growth of unequal cities in Latin America has paralleled the resurgence of Aedes aegypti there. Expansion of international and domestic travel, mosquito resistance to DDT, and deteriorating political support for eradication programs have also contributed to the mosquito's spread.

Now, Zika has brought needed, renewed attention to the mosquito problem of Latin American cities long plagued by dengue fever. But it remains to be seen whether this attention will provoke more than sporadic spraying campaigns. Like dengue fever and chikungunya, Zika needs to be properly framed as a disease worsened by expanding cities and urban inequality. Over time, the unplanned growth of cities magnifies mosquito-borne threats, and the living conditions of urban poverty magnify them even more.

While fumigation and vaccine research are important steps toward ameliorating Zika's impacts, so is providing reliable water and sanitation services to all urban communities. Roughly 12.5 million city-dwellers in Latin America and the Caribbean lack an improved water source. Many more lack a consistent improved source. Eliminating the need to store water in open containers would be a significant step toward preventing the transmission of mosquito-borne diseases. This would require a substantial, sustained commitment from local governments, international development organizations, and neighboring countries such as the US that have an interest in controlling Zika. But such a commitment would not only inhibit the transmission of diseases. It would also improve the quality of life for millions and more fully integrate their communities into urban life.

In Nicaragua's capital, Managua, most of the 150-plus informal settlements lack water service. Many neighborhoods that have water lines only receive water intermittently. As a result, thousands of households store water in barrels, buckets, and washbasins. After the fumigators leave, these containers are covered with a film of insecticide. For a while, mosquitoes will be scarce. But until all of the people in this metropolis are considered part of the polis -- the body of citizens -- the buzz of mosquitoes will return. To finally end the scourge of Aedes aegypti requires ending Latin America's epidemic of inequality. 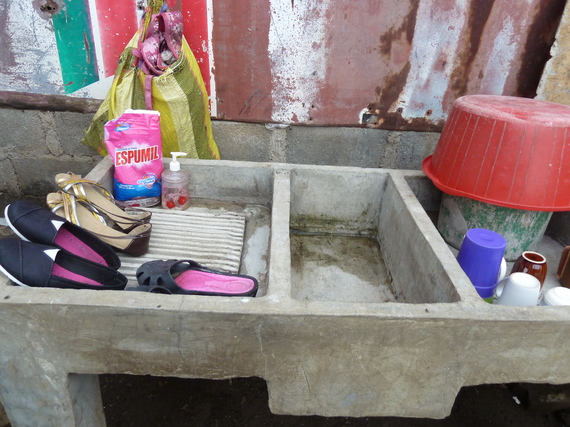