Taco Bell's much-anticipated Cool Ranch Doritos Locos Tacos are inching closer to becoming a reality, according to the chain's CEO Greg Creed on "CBS This Morning."

After a brief rundown on the history of the Doritos Locos Taco, Creed loosed this little missive: "Well we've got Cool Ranch coming ... that's my tease."

The Doritos-flavored tacos made a surprisingly strong entrance to the fast food realm when the chain originally launched a nacho cheese flavor in March of 2012. By late August, Taco Bell had sold 200 million of the creations, making it the company's "most popular product launch ever."

Until now, the chain's largest hint of the Cool Ranch taco's existence was a tweet, sent in early January, that read, "Anything could happen in #2013." The link directed readers to a photo of a Cool Ranch Doritos bag and a taco.

Anything could happen in #2013. twitter.com/TacoBell/statu…

Prior to that, Cool Ranch tacos had been spotted in the wild at Taco Bells in Southern California.

Despite product confirmation from Taco Bell's CEO, we're still in the dark regarding any hard release date. (The company had previously teased customers with a rumored Cool Ranch Doritos release date of summer 2012.)

In addition to the Cool Ranch flavor, other Doritos-flavored tacos have reportedly been tested across the country. According to Foodbeast, the "Flamas" sports a taco shell with flavors of "hot chile and lemon." 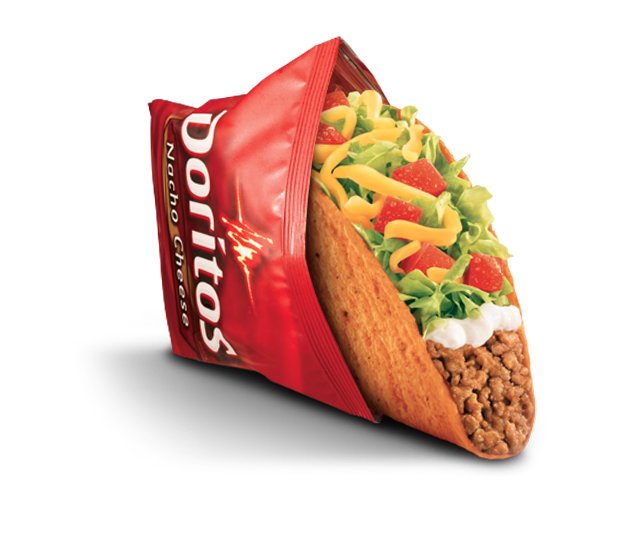 1 / 7
1. Novelty
Everyone loves a little silliness when it comes to food. And what coule be sillier than incorporating Doritos into dinner? In flavor, Doritos aren't a huge jump from hard tacos, but they are just different enough to capture people's interest -- even those who would never dare set foot in a Taco Bell.