It seems Taco Bell employee Cameron Jankowski has learned the pitfalls of posting images to the internet the hard way. Today's lesson: it's not a good idea to post pictures that show you peeing on foods served in the restaurant you work in.

The Fort Wayne, Indiana worker recently embedded the image below of himself urinating on an order of Nachos BellGrande in a since-deleted tweet. 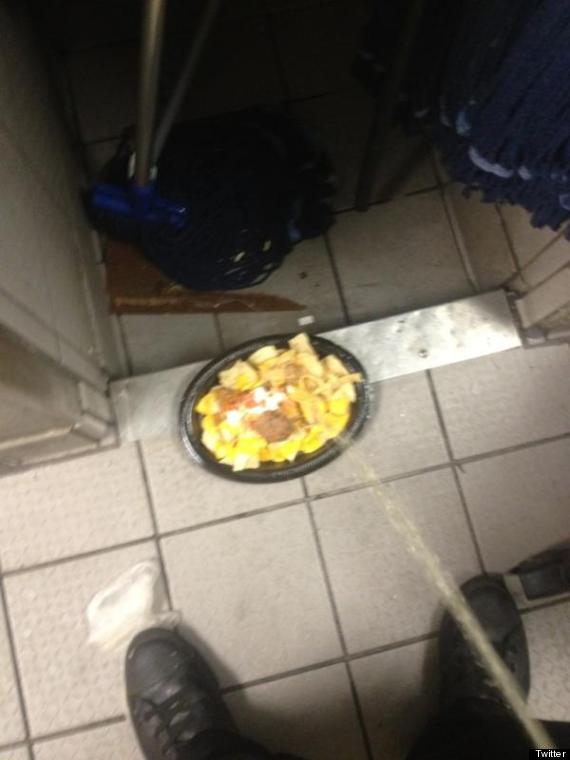 Fort Wayne's NewsChannel 15 shares that Jankowski has since been suspended for the prank, and NewsCenter adds that he'll soon be fired.

Gawker has a breakdown of the events that followed, which include Moore calling Jankowski the "winner of the piss Olympics" to his 108K followers.

After hearing some predictable outrage once the photo went around, Jankowski tweeted, "Sorry for disappointing you all, but I didn't serve those. That's too f*cked hahaha," followed by "I pissed on them where nobody could see, in private, an [sic] I threw them away. There's literally nothing they can do. Fire me. I don't care." He then claimed, "There are no laws saying what you can and cannot piss upon."

Jankowski later deleted his Twitter account, but that didn't stop Taco Bell spokeswoman Amy Kavanaugh from telling Indiana's NewsCenter that the company "[finds] this prank absolutely unacceptable, and we plan to terminate anyone involved and work with authorities to pursue legal action."

It's all very reminiscent of a Burger King employee who recently posted a picture of him or herself stomping on bins of lettuce inside the eatery's kitchen to the notorious message board 4chan. Some appalled users turned the tables by pinpointing the employee's location with GPS data included in the picture. In all, three employees were sacked as a result.