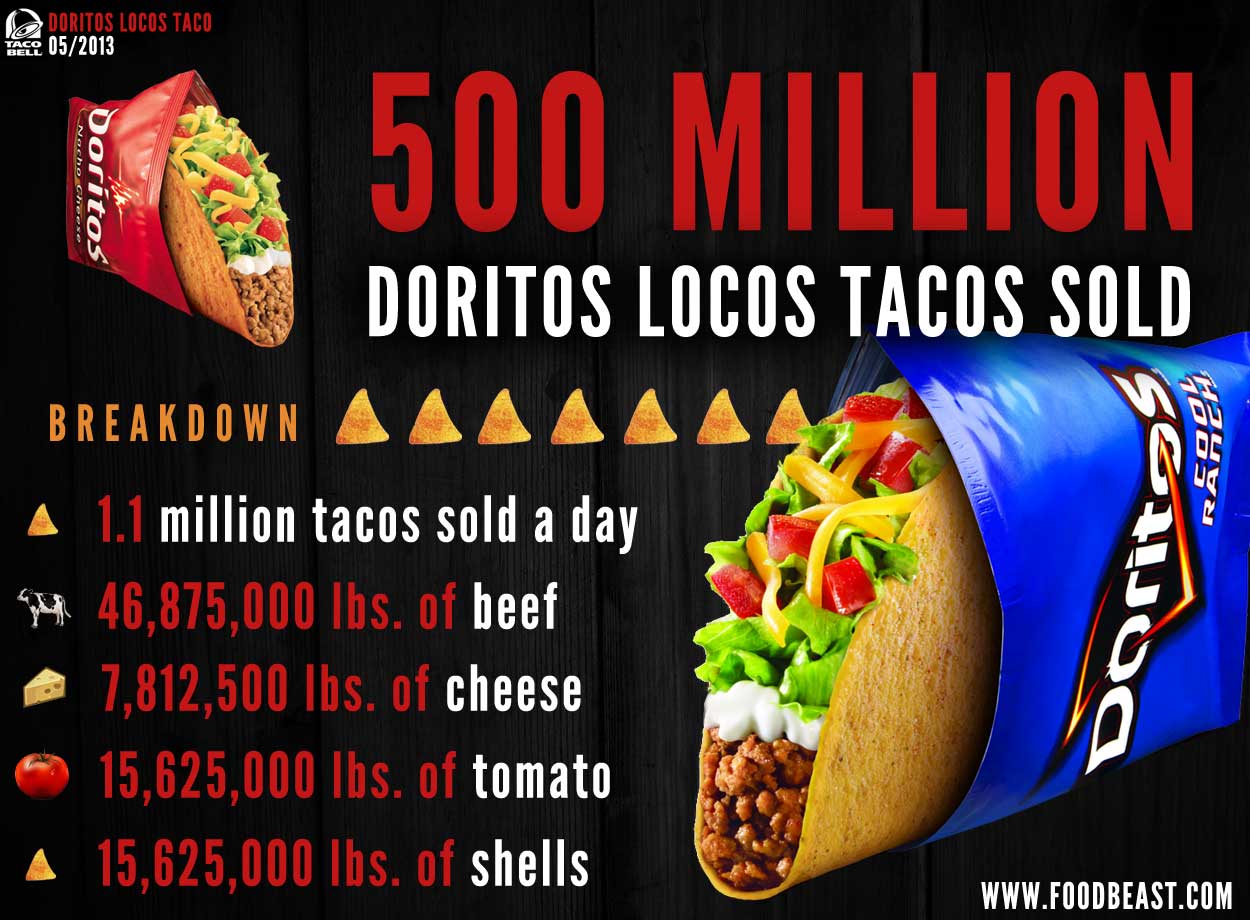 According to sources close to the brand, Taco Bell will be announcing later today that the chain has officially sold over 500 million units of their Doritos Locos Tacos since its launch March 8th of 2012.

The number stands as a significant achievement for the brand, as the 500MM number was crossed in just about 14 months of the DLT being on the market. Reports then surfaced that the success of the new tacos single-handedly created 15,000 new jobs. Along with the announcement later in the day, we also took the liberty of quantifying just how ridiculous the sale of 500,000,000 Doritos Locos Tacos actually is.

We also put together this list that helps visualize the scale of 500 million DLTs...enjoy: 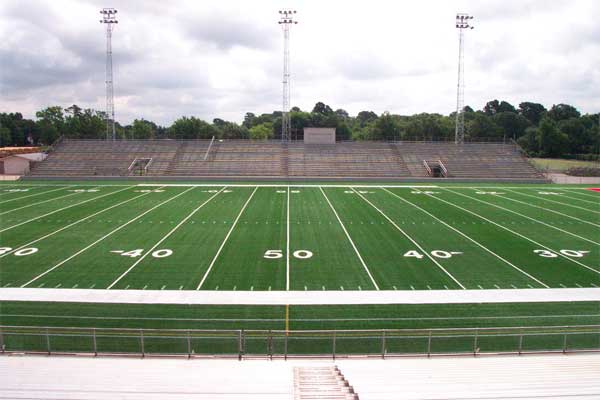 ...if you stacked them on top of each other, top-to-bottom, it'd be the equivelant height of basketball player Kevin Durant...but 18,518,519 of him 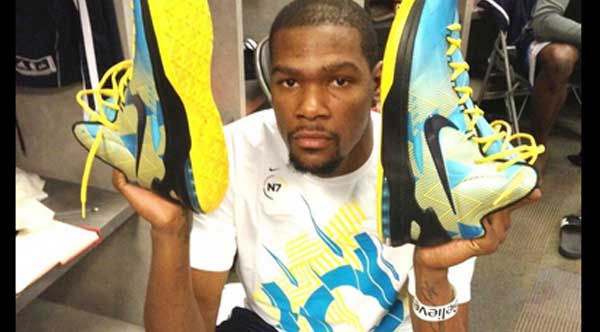 ...laid end-to-end, they would cover the Earth almost 2 times 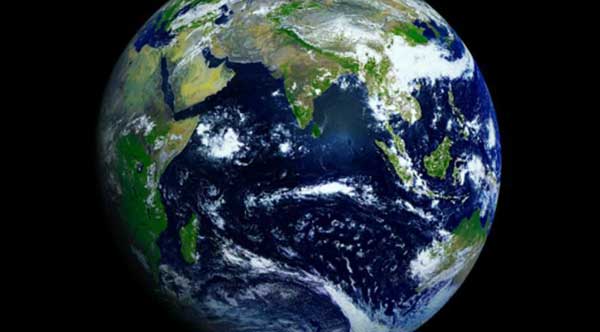 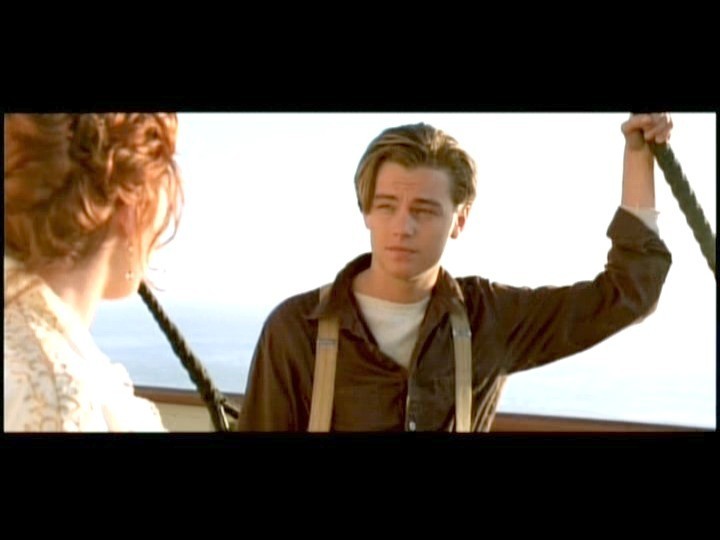 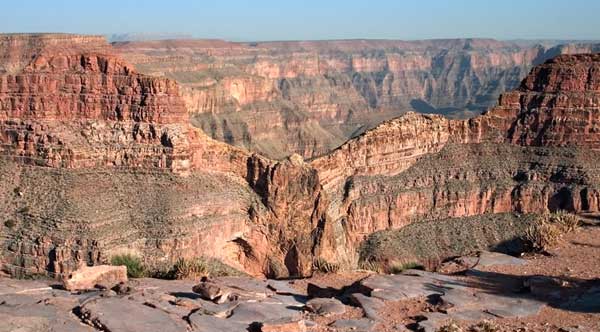