Every day, when Tadeusz (Tad) Sudol, Ph.D. makes the crossing from Manhattan to Roosevelt Island -- the "small town" of 14,000 in New York's East River -- he is reminded of another crossing he made, 28 years ago. In 1988, Peter Marcuse, a professor of urban planning at Columbia University, met him in Poznan, Poland, and invited him to teach in New York the following year. So Tad made the trip, taught at Columbia, and was offered a job at a prestigious New York architecture firm. Despite frequent journeys home, he has remained in New York ever since. "I've always been connected to two worlds," Tad says. 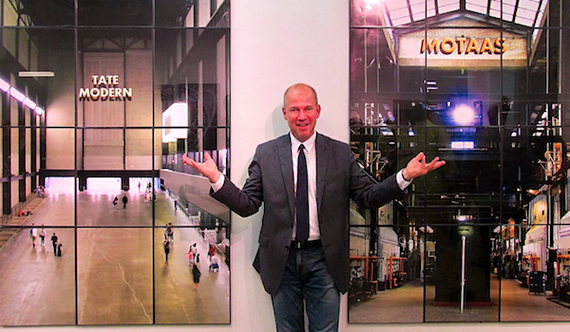 I first met Tad 16 years ago on Roosevelt Island. I was immediately impressed by his vision, passion and integrity, and when he was forming the Roosevelt Island Visual Arts Association (RIVAA), I was delighted to lend my support. Tad went on to serve as RIVAA's president for 12 exciting years.

Tad grew up in Tarnow, studied in Krakow, and moved to Poznan to teach. (He also did a year of graduate school in Florida, a reward for academic excellence.) In the 1980s, he was one of the youngest professors at the Poznan Polytechnic Institute, where he specialized in architecture and town planning. He also had a thriving private practice by the time professor Peter Marcuse, making a tour of Polish architecture schools, "discovered" him.

At Columbia, he and Peter (son of the renowned philosopher Herbert Marcuse) shared their complementary visions of city planning. Marcuse is known for analyzing the political and financial forces that influence urban design. Tad's focus is on historical context and spatial composition. 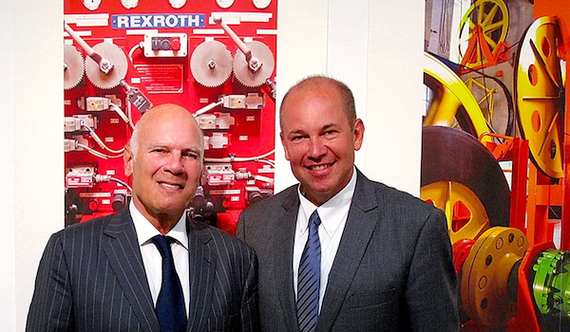 Columbia's then dean of architecture, Bernard Tschumi, introduced him to Thierry Despont, a French-born architect with a spectacularly successful New York practice. Despont specializes in designing elaborate homes for wealthy clients (many of them internationally known). The houses are in a wide variety of styles, with the common element being Thierry's exquisite taste and attention to detail. Among the clients whose jobs Tad managed were Bill and Melinda Gates.

"For years, I was in Seattle two or three days a week, coordinating the work of dozens of consultants," Tad remembers. Back on the east coast, his jobs included houses for such stellar clients as Steve Roth, the president of Vornado Realty Trust, the Manhattan property powerhouse. Steve is an expert in design and construction. But that didn't intimidate Tad. He says his experiences with clients like Steve taught him to present designs calmly but confidently, creating consensus on the strength of his ideas. And he says, the projects he worked on always came in "on time and on budget." 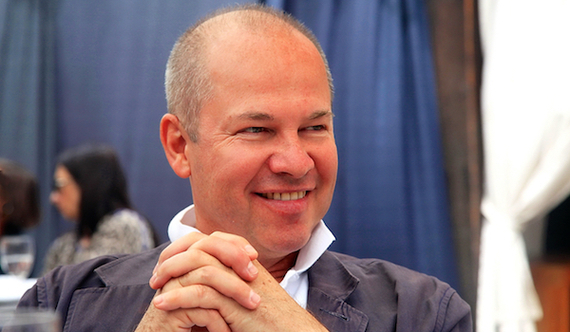 The office of Thierry Despont was a kind of haven. Having left the old world, Tad found himself working with old world craftsmen on projects that reflected old world ambitions. In the meantime, he maintained ties to Poland, lecturing and writing articles for architecture magazines. He is an active member of the Polish Architect's Association.

The other thing he recreated in the new world was the sense of community he lost when he moved (with his wife and two children) from Poznan, with its famous Renaissance town center.

He did that by settling on Roosevelt Island, whose residents share one main street. "There are always familiar faces on the subway or tram," he says. And Tad is especially well known among his neighbors, given his 25 years of efforts to bring art to the island. 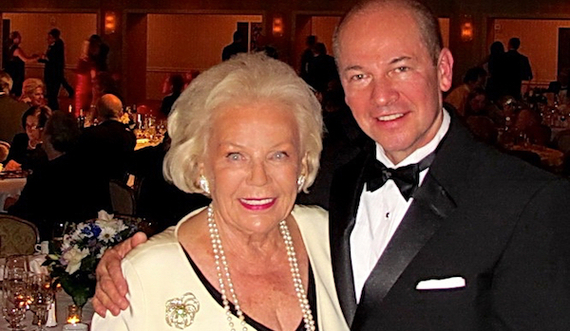 Lady Blanka Rosenstiel of the American Institute of Polish Culture with Tad Sudol
at a black-tie gala in the Waldorf Astoria. Photo: Courtesy Tad Sudol.

One of his first initiatives was creating a non-profit gallery, the Roosevelt Island Visual Arts Association (RIVAA), which mounts a dozen shows a year of paintings, photography and sculpture. It is a focal point of island life, and I was happy to endorse it 15 years ago. But Tad didn't stop with a single venue for art. In 2006, after the Octagon Tower (a former hospital building) was renovated, as part of a condo development, he created a second gallery there.

And he persuaded the Roosevelt Island Operating Corporation to open a third gallery in the glass atrium of the island's Motorgate parking garage. That space is public, open 24/7, and corporation executives were resistant to the idea of installing art. Tad persuaded them to give art a try, starting with an annual Fall for Arts Festival. Residents create murals on large plywood panels and display them on a lawn facing Manhattan. The best murals are then shown in the Motorgate Gallery. Says Tad, "Suddenly this brutalist building is filled with color. Everybody loves it." 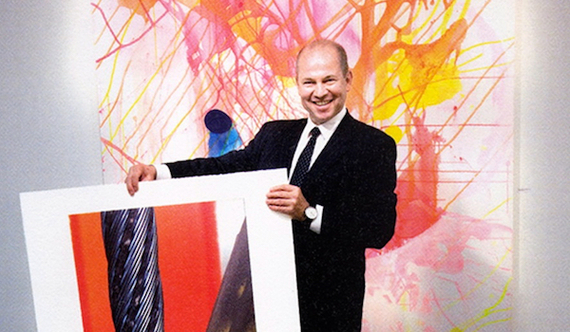 He has also been an important force when it comes to architecture. Cornell University is building a tech campus on the southern half of the island, and Tad has been active in discussions of how that enclave and the existing "town" will come together. He sees the tech campus as a good thing for the island, because it will bring an influx of young families.

These days, Roosevelt Island is also known for the Four Freedoms Park, a memorial to Franklin Roosevelt that was designed by the great architect Louis Kahn in the 1970s but only recently built. Tad's involvement began in 2004, when he saw a show of Kahn's plans for the memorial at Manhattan's Cooper Union. Given that the memorial was specifically designed for the southern tip of Roosevelt Island, Tad worked to have the show transferred to the RIVAA gallery. Nearly half of the island's residents visited the show during its two-month run, and they began speaking for and against construction. Tad, a strong advocate of Kahn's design, found himself engaging in frequent conversations with residents about how the monument would benefit Roosevelt Island. He persuaded more than a few of his neighbors to support the project. 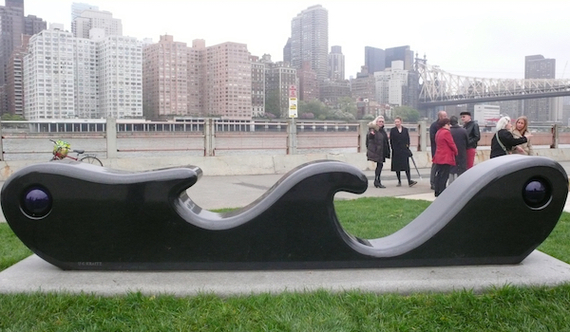 The Blue Dragon at the gateway of Four Freedoms Park. Photo: Tad Sudol.

The memorial was completed in 2012 and has been a hit with critics and the public. Beyond that, it's just one of many examples of how Sudol has harnessed the drive, and love of the arts, he brought with him from Poland to New York.

My deep admiration for this son of Poland, son of New York City, son of Roosevelt Island led me to appoint Tadeusz Sudol Global Adviser to our foundation. From branding Roosevelt Island the 'Island of Art,' his work in promoting three community galleries -- Gallery RIVAA, Octagon Gallery, Motorgate Gallery -- his ability to locate The Blue Dragon at the gateway of Four Freedoms Park, Tad posses strong leadership and development skills. His out of the box approach makes him a creative thinker and doer. He is Roosevelt Island's very own Renaissance man.