CAIRO -- A new project planned for downtown Cairo has techies and entrepreneurs buzzing.

On Nov. 14, the American University in Cairo (AUC) and Ahmed Alfi, CEO of Sawari Ventures, launched a sort of mini Silicon Valley in the heart of Cairo.

The university will lease its Greek Campus for 10 years to Alfi for Tahrir Alley Technology Park (TATP), the first of its kind in Egypt. The area, made up of five buildings and 250,000 square feet of space, was part of AUC's downtown campus. It was abandoned in 2008 when the university moved its main campus to New Cairo, a satellite city roughly 20 miles away.

"I want to create a place where tech companies, start-up companies, funding sources and support people like lawyers and accountants are all in the same place," said Alfi, a California native and also the cofounder of Sawari, in an interview with The Huffington Post. His company, based in a Cairo and Washington, is a venture capital firm that invests in Middle East and North Africa entrepreneurship.

The planned tech park ideally would attract large companies like Microsoft, Google and Vodafone, Alfi said, but he also wants to have 100 start-ups.

Since the 2011 revolution, Sawari Ventures and its incubator Flat6Labs have funded 46 companies -- the majority of which were headed by business-minded youths who went through Egypt's public school system, said Alfi. Post-revolution Egypt, though riddled with economic and political turbulence, witnessed a surge in entrepreneurial ventures, including a commuter service specially tailored to Cairo's stifling traffic mess and a video-centric educational platform catering to K-12 students.

But the planned development of the Greek Campus has some Cairenes worried that elaborate revolutionary graffiti will be removed from the campus wall shared with Mohamed Mahmoud Street where some of Cairo's bloodiest and most infamous clashes have taken place. While Alfi hasn't yet decided what will happen to the graffiti, he said there will be a creative space at the technology park where approved artists can express themselves legally.

On Nov. 5, a new law that criminalizes graffiti was introduced in Egypt. According to the Arab-language Egyptian newspaper Al-Masry Al-Youm, anyone convicted of the crime could face up to four years in prison and a steep fine of 100,000 Egyptian pounds -- roughly $14,500.

Today -- like many Fridays over the past few months -- the Muslim Brotherhood and supporters of deposed Islamist president Mohamed Morsi planned protests (though such protests seem to be trickling out as more sympathizers are arrested). Tahrir Square and several other key protest locations around the city are blocked off by Egyptian security forces.

The recurring closing of the square could pose serious problems for any large-scale project close by. But Alfi said the location is exactly why they chose the Greek Campus: It's close to Sadat Metro, where the main metro lines intersect, as well as Ramses Railway Station.

And the CEO doesn't see a reason to hold back on the project, even with some international investors steering clear of the country in turmoil.

For Alfi, the planned technology park -- and what it could create -- is essential to push Egypt forward. "It transcends the politics of Egypt today," he said. 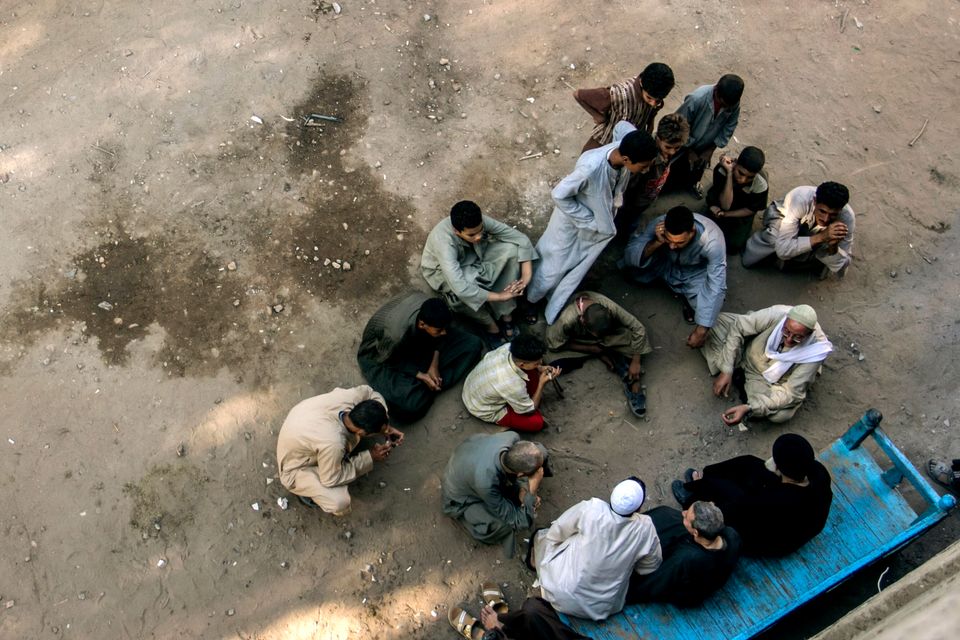 1 / 7
In this Sept. 3, 2013 photo, Christian villagers talk with a priest in the courtyard the Virgin Mary and St. Abraam Monastery, that was looted and burned by Islamists, in Dalga, Minya province, Egypt. (AP Photo/El Shorouk Newspaper, Roger Anis)
AP