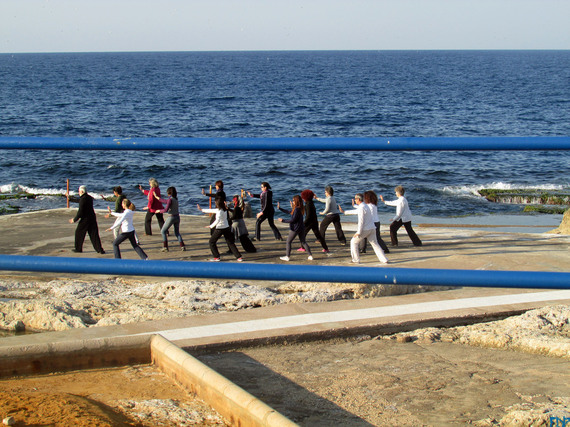 Of all the exercises, I should say that T'ai Chi is the best. It can ward off disease, banish worry and tension, bring improved physical health and prolong life. It is a good hobby for your whole life, the older you are, the better. It is suitable for everyone - the weak, the sick, the aged, children, the disabled and blind. It is also an economical exercise. As long as one has three square feet of space, one can take a trip to paradise and stay there to enjoy life for thirty minutes without spending a single cent. -- T.T. Liang

With car bombs exploding almost every week in Lebanon, it's only natural for those of us living here to feel stressed out. Everyone has their own way of coping -- from partying hard in bars to hiding out at home. Searching for some solace and silence in Beirut amidst the chaos and violence, I've been pouring my energy these days into studying tai chi and Chinese.

This week-end, I teamed up with Sufi friends, tai chi classmates, and spirited strangers in Lebanon to do tai chi on the Mediterranean Sea. While tai chi is practiced daily in public spaces throughout China, it's rare to see tai chi shared outdoors in Beirut. 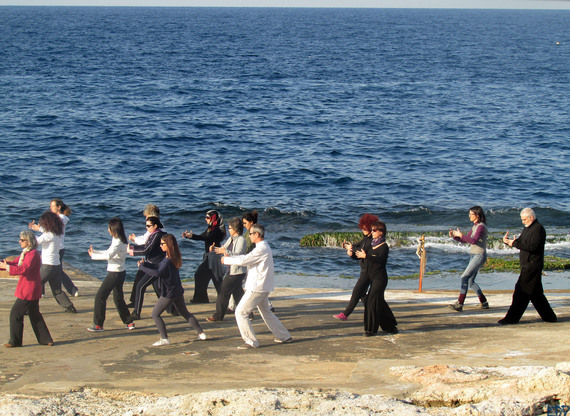 As we moved in slow motion on Saturday with the ebb and flow of the sea, a curious crowd gathered on the Corniche and beach to watch this meditative martial art for the first time. Old and young, Muslim and Christian, able-bodied and disabled -- the only duality that mattered was yin and yang.

Flowing from one circular movement to the next, I wasn't thinking about the bombs in Beirut, the snipers in Tripoli, or the Syrian refugees. I wasn't thinking about anything at all -- except the turtles swimming in the sea next to me. Having been kept at bay by the winter's gentle chill, I've been missing our daily sunset swims.

"You need to be more like a turtle," my tai chi teacher keeps telling me during my private lessons. Since I tend to overextend my hypermobile shoulders, she's showing me how to stay within the limits of my shell -- and exert as little energy as necessary. After all, the most advanced students in tai chi are the ones who make the least movements at the slowest pace -- just like my old turtle friends in the sea. 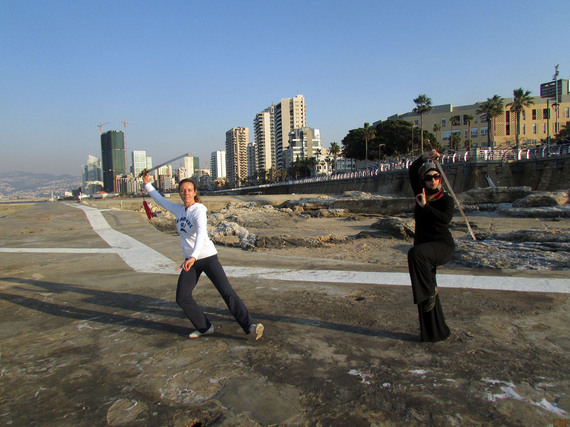 It must have been strange for the onlookers to see women taking up the sword in the middle of Beirut -- but we're warriors of a peaceful kind. In tai chi, true power is achieved not by dominating others, but mastering the self. Strength comes from being soft, instead of exerting brute force.

Standing like the bodhisattva Manjusri wielding his "sword of wisdom" to cut through ignorance and delusion, my friend demonstrated her sword's deadly potential -- while peacefully practicing internal kung fu.

"The greatest struggle of all in life," she said, "is the jihad against the self." 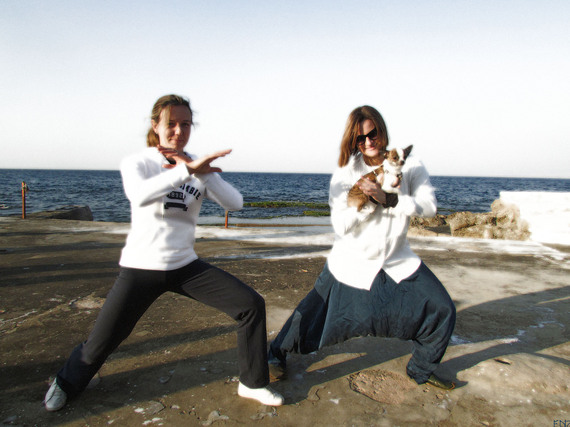 Since I'm the only one in Beirut trained specifically in tai chihuahua -- the art of doing tai chi while holding a chihuahua -- I took a few moments to demonstrate this ancient martial art with a puppy named Paco (note: tai chihuahua should never be practiced with a sword).

From Chinese medicine to yoga, the healing arts are alive and well in Lebanon -- providing much-needed harmony and peace, as Syrian rockets from Syria strike the mountains, and al-Qaeda plans suicide attacks in Beirut. Surrounded by suffering, many of us feel lucky just to be able to say: I am alive.

Living in a region ravaged by war, and a world where the pace of life has been sped up to a destructive degree, it feels radical to move with awareness and the joy of non-being -- instead of speed and the stress of competing.

There's much more to Beirut than just bombs -- and more to each moment than we can possibly know. Swimming side-by-side in uncertainty, some of us in Beirut are embracing the healing energy of tai chi -- to flow with each other and the sea. 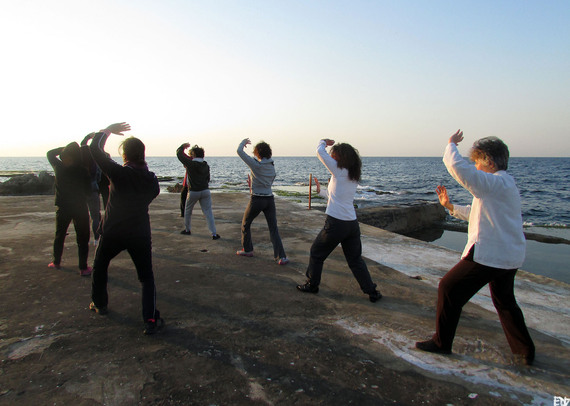