After two years of legal back and forth, on March 25th, a Japanese court finally convicted the Taiji Whale Museum of discrimination against Westerners seeking entry to check up on the health of dolphins captured in the Taiji drive hunts, as featured in The Cove movie.

The lawsuit was filed by Sarah Lucas of Australia for Dolphins (AFD) and her late father, Alastair Lucas. Like many others, they were confronted and refused entry to the Taiji Whale Museum at the main gate, where staff in the ticket booth held up a sign stating in English that "anti-whalers" were not allowed into the Museum.

The same thing happened to a dozen International Marine Mammal Project (IMMP) activists and myself who came to Taiji on September 1st a few years ago to protest the annual dolphin hunts. We had no plans to take any action in the Museum; we were simply interested in seeing the dolphins that had been obtained by the Museum from the dolphin slaughter that occurs annually just around the corner in the notorious Cove. Even the local police who came could not talk the Museum staff into letting us go inside.

IMMP helped AFD with the lawsuit, providing testimony from our volunteers who had been denied entry. We further providing funding to pay their law firm and put out publicity about the lawsuit in the US.

The three-judge panel in the case ruled that indeed the Taiji Whale Museum was wrong to refuse entry to anti-whaling activists simply because they were Westerners and against whaling. The Museum was in violation of the Japanese constitution. At the final denouement, the Taiji attorneys did not even attend the hearing, knowing they were going to lose. AFD was awarded 110,000 yen (about $972US).

There has been much debate about the meaning of the lawsuit and its importance on social media. Here is why I think it was very important for the future of the Taiji dolphin hunts.

So why was this lawsuit victory important for the dolphins?

This was the first ever lawsuit brought involved in the Taiji dolphin slaughter to attack the culprits. And it was successful.

The government of Taiji owns the Taiji Whale Museum, which is heavily involved in the international trade in captive dolphins and whales caught in the Cove in conjunction with the dolphin drive hunts. The sale of captive dolphins subsidizes the sales of dolphin meat from the slaughter. Taiji is now the foremost supplier of captive dolphins to world aquariums, providing animals for aquariums in Japan, China, Russia and Dubai. 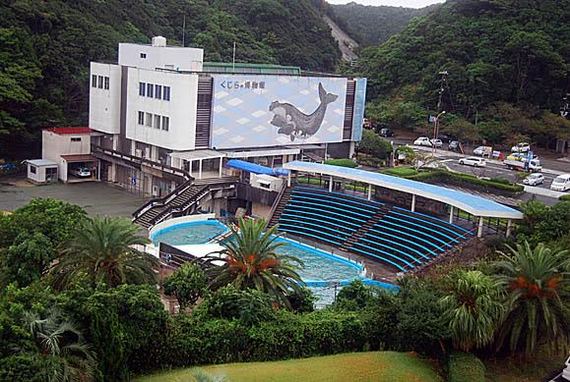 A court victory like this is very embarrassing in Japan for the culprits. Indeed, it is a major embarrassment in Japan for someone just to be arrested, even if not convicted of any crime. And the Japanese media spread the news widely throughout Japan. Stories appeared on Kyodo News and Associated Press in Japan. Worldwide, the story spread too, although the most important impact is in Japan. Not only the Taiji Whale Museum is now open to activists, but all aquariums in Japan will take heed and cannot now deny entry to activists. This is an important point for activists who can now enter the Museum and other Japan aquariums to check up on dolphins caught for a life of captivity while all their relatives were butchered for meat.

And now, through the efforts of AFD, we also have identified a good law firm in Japan willing to take the government on for this issue of dolphin hunts. Before this case and the documentary The Cove, most law firms would consider a lawsuit against the government as a complete loser. Now, with victory, the way is open to work with lawyers on other more demanding lawsuits. It is becoming more acceptable to oppose the dolphin hunts in Japan. More on that later.

For now, we hope you will join AFD and us in celebrating this victory for dolphins in Taiji. The Taiji government is now on notice that the legal state of dolphin hunts is shifting and that they cannot expect to be backed up by the judiciary when they blatantly ignore the laws of Japan.

This is only the start, and it is a very good start.

Consider a donation to support our work in Japan to end the hunting of dolphins and whales. Unlike the US, lawyers in Japan do not work pro bono.

Sign the petition to end the slaughter for good.