Global rights advocates are hoping that Taiwan's first same-sex Buddhist wedding sets an international precedent by helping the country become the first in Asia to legalize gay marriage in the future.

As the AFP is reporting, Fish Huang and her partner You Ya-ting, both 30 years old, wore traditional white gowns but opted to exchange prayer beads rather than wedding bands as they tied the knot in a monastery in Taoyuan, in northern Taiwan.

Among those to hail the ceremony's significance was Shih Chao-hui, the female Buddhist master who presided over the ritual. "We are witnessing history," Shih is quoted by the AFP as saying. "The two women are willing to stand out and fight for their fate... to overcome social discrimination."

Chih Chun, a Buddhist nun who attended the ceremony, echoed those sentiments to the Jakarta Globe. "They can choose freely to get married and we should respect them...it makes no difference if couples are heterosexual or homosexual, as long as they are in love and they are happy.”

Still, among those noticeably absent from the wedding were the couple's parents. Huang appeared to dismiss some reports which claimed they disapproved, telling the AFP: "We understand that people have different acceptance of media exposure and we want to give them more space."

A landmark bill to legalize same-sex marriage in Taiwan has been pending since 2003, CNN notes. While no Asian nations have legalized marriage equality just yet, there have been signs of progress in Vietnam and Nepal, among others, the site notes.

View photos of the ceremony below: 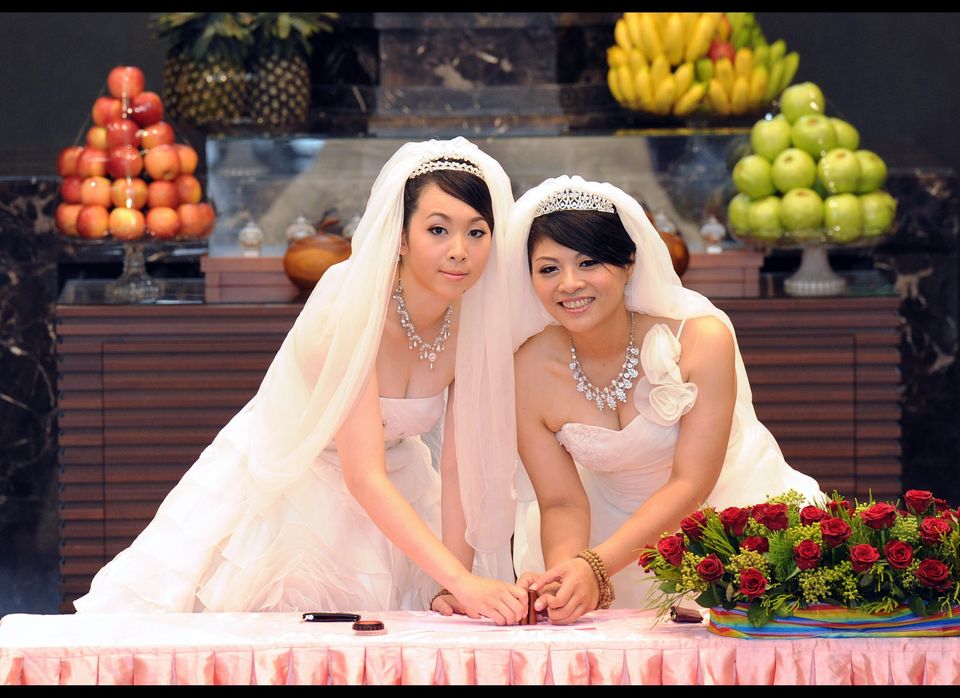