Kids may look like zombies when watching a show on television, but watching a show live has the opposite effect. When watching a good live show, children are engaged, absorbed, and paying close attention. Even better, many live shows for children know that children work best when they are involved and strive to include an interactive component. We are fortunate to live in an area that has so many opportunities to expose even very young children to the magic of live performances. Here are some highlights coming up in the DC area this spring. Any would be a good bet for a spring break outing or a weekend (or weekday) treat. 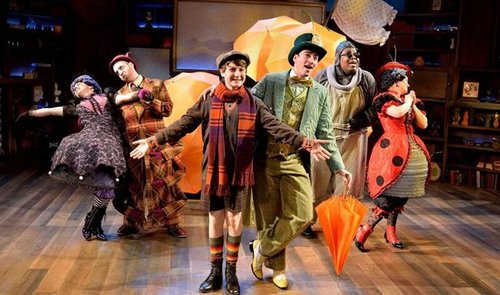 James and The Giant Peacch

James and The Giant Peach: Adventure Theatre is featuring a play based on the classic novel but Roald Dahl, James and The Giant Peach. This production can't help but capture the imaginations of children of all ages with enormous talking bugs, a peach that sails through sea and air, a whimsical set, magic, and lots of catchy songs.

Jack and Phil, Slayers of Giants Inc.: Imagination Stage takes a new approach to the classic fairytale of Jack and the Beanstalk. This version of the tale brings with it a decidedly 21st-Century approach with cell phones, music videos and other trappings of modern life while staying true to the spirit of the original tale. A larger-than-life puppet and impressive special effects transport the audience to the realm of the magical. 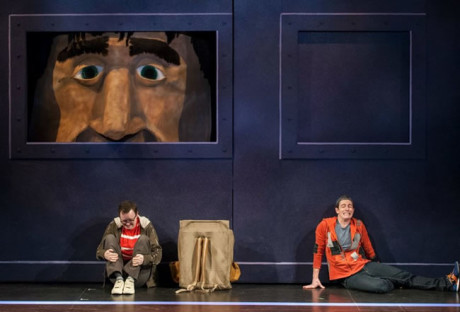 Annie: For the first time in a generation, Annie will be on the stage at the National Theater in Washington, DC. This Broadway production is the perfect way for parents who have fond memories of Annie from their own childhood to share the experience with their own children. There is nothing quite like seeing Sandy the dog live on stage or hearing "The Sun Will Come Out Tomorrow" sung live and in-person by America's favorite red-head herself. 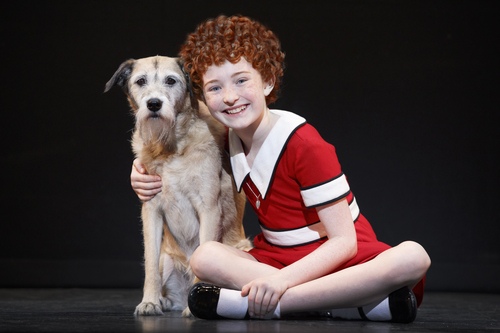 The Great Zucchini: If you are looking for an interactive live show, The Great Zucchini will not disappoint. Part magician, part comedian, The Great Zucchini gets children in a way few adults do. Although popular on the birthday party circuit, he does have frequent shows open to the public including a show every Thursday morning at Jammin' Java. Check his website for additional dates.

Boxes, Boxes, Boxes: Everyone with a child knows that children love boxes. In fact, children are famous for loving the boxes more than the toys that come in those boxes. This truth of childhood has not gone unnoticed by the early childhood team at Imagination Stage and they have created a show centered around all of the different ways boxes can be used for imaginative play. After the show, children are invited to play with the boxes themselves and let their imaginations run wild.

Beauty and The Beast: You know the Disney version, but the story told through puppetry at the The Puppet Co. in Glen Echo brings a new twist to the tale. This version is set in Russia and includes the Beauty's sisters. It's a great way to introduce new fans to the story or to show fans of the movie how differently classic tales can be interpreted.

With so many options for live shows for kids of all ages there is no reason to not experience one for yourself this spring!