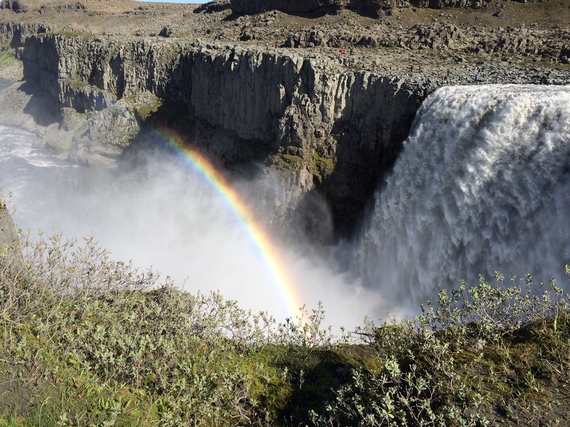 "Continue to astonish a mean world with your acts of kindness. Prepare yourself to be a rainbow in someone else's cloud." -- Maya Angelou

What if you learned there was a pill that gave you courage, confidence and presence? Well, there isn't. But there is a practice that Maya Angelou suggests does just that. In this video she talked about how when she had to go on stage or do something challenging, she brought with her everyone who had ever been kind to her. She cites a 19th century African American song that says God put a rainbow in the clouds when it looked like the sun wasn't going to shine anymore.

After seeing this video, I started collecting memories of people who'd been kind to me. There are too many to count! Besides my mother and father who taught me how to love by loving so well, there was Ray Miller, a boss who paid my full salary for 10 weeks while I had mononucleosis and was unable to work. As a single parent with two kids, this was huge! For years after I divorced my first husband, I focused on the mean or thoughtless things he'd done. Only later did I allow myself to remember the many kind things he had also done for me. When my late husband Hal was in a wheelchair, countless strangers were kind. They opened doors, or helped him up. I remember the many women in restrooms who would assess the situation when I wheeled him into the ladies' room....smiling and helping me in what could have been an uncomfortable situation. When I had cancer, my daughter Lisa flew in for my surgery, my son Gordon orchestrated and entertained me through chemo, my 13 year old granddaughter Ruthie came for a month and helped me out of bed, cheering me on when I had to give myself shots. Friends call, check on me, bring me food, plant my garden. Scott, a customer service rep totally solved my internet problem. So many, many kind people. I'm collecting them. Writing them down. Isn't it funny how we often focus on the times we've been slighted, when these moments of kindness are so frequent? And so powerful?

Maya Angelou suggests such an empowering practice. Call on those people who've been kind to me when I need courage, confidence, presence. Bring them on stage with me. This help is always available to me. Just as people who have passed away live in me, so do the people who have been kind. It is an inside treasure I want to become more aware of.

Because, as Maya Angelou suggests, bringing all these people with me prepares me to be a rainbow in someone else's cloud. To be a blessing to somebody. Truly, there is no greater satisfaction.

Board Certified Coach and Coach Trainer