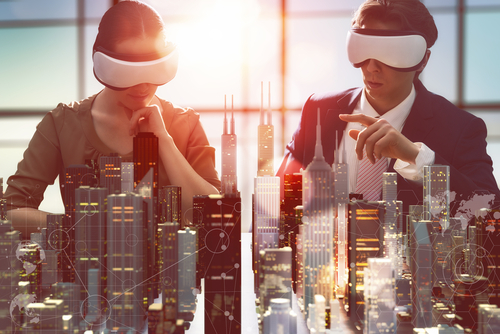 Virtual Reality (VR) will undoubtedly be better than reality if not at least as good. Just look at this man's reactions to a rollercoaster VR experience:

If you think that was an actor look at all these others.

In the current year alone we have seen everything from VR games, to educational experiences to VR medicine to even virtual sex experiences. Facebook is going all in. Not only did they buy Oculus, they have even put out a preliminary and rather crude VR that allows you to inject your friends into all the selfies you might take while you live it up!

Just like art and literature, VR answers our need to be transported. Maybe to live an experience that is not readily available or perhaps to live in a more convivial and agreeable reality than whatever disagreeable or suboptimal real circumstances we are currently in. The question is how far will virtual reality go? Will it be visual only? Will it or should it be enhanced with other sensory stimuli? And most of all how far will we go with VR?

The most obvious applications are games. Many existing video games have now been made into VR games and are available for throw away prices on Oculus and HTC Vive. Comparatively the level of immersion porting to VR provides over the high resolution video game is supposed to be quite heady! Some experiences such as Star Wars: Trials on Tatooine were born directly in VR! The shoot-em-ups and puzzle/obstacles are interesting but things like flight cockpit simulators are really beautiful! 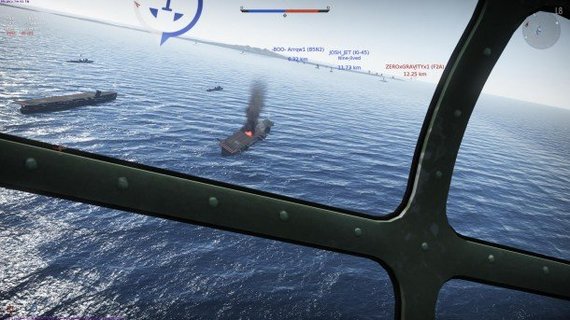 However, VR is being developed for and used in a plethora of fields such as medicine, education, military training, fashion, tourism, business, sports, media and science!

In medicine, VR simulations, such as those created by software companies Surgical Theater and Conquer Mobile, use actual diagnostic images from CAT scans or ultrasounds to construct 3D models of a patient's anatomy. The virtual models help both new and experienced surgeons determine the safest and most efficient way to locate tumors, place surgical incisions or practice difficult procedures ahead of time. Here Dr Wong of HongKong is practicing brain surgery in VR at McGill: 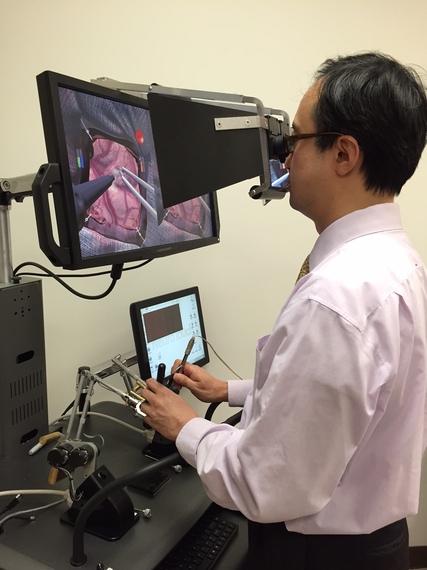 Military and Scientific applications are very similar in principle. The U.S. military often uses VR simulators to train soldiers before they are deployed. Noncommercial versions of games like Virtual Battlespace 2 and Unity 3D are used to prepare troops for combat. Below are astronauts preparing for upcoming missions using VR: 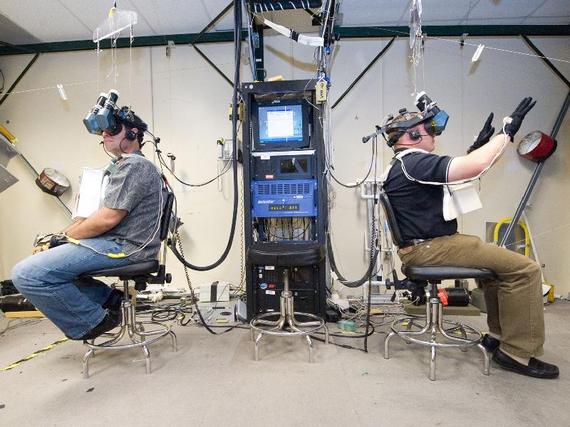 Here are some of the best VR applications that available for education on the very affordable Google Cardboard. Here are more educational apps on other platforms. VR provides avenues that allow students to engage in a social, collaborative, and active learning environment. Virtual reality allows the student to participate in the story, develop empathy to experiences outside their current realm of understanding and allows them to be fully immersed in their own exploration and learning.

VR is even being used for unique purposes like getting over the fear of public speaking. One app for Oculus Rift puts you in a virtual room packed with people waiting eagerly to hear you speak. Users can adjust the audience size and attitude. If a speaker spends too much time talking to one side of the room, or inserts too many "ums" and "you knows", the app will let them know.

A most predictable application of VR is of course VR Sex. A VR adult portal has already been launched:

Almost two years ago a VR gender swap experiment and study was created. Youtube is rife with ads, trials, reactions and opinions about VR sex, suits and robots! Forbes predicts VR Sex robots are in the offing! One interesting documentary talks about just how insidious this particular application of VR can be.

This is where questions about how far we will go with VR start to become worrisome. If VR is better than reality will the real world and its imperfections become boring? Will we deign to leave VR that lays the world out exactly like we want it and return to the real and in comparison frustrating world?

Video game addiction and death is already happening. Simon Parkin's book Death By Video Game is an interesting and ambitious exploration of the obsessive gamer's psyche. In The Unincorporated Man by Dani and Eytan Kollin is an account of a future-history incident called the VR plague, in which immersive, brain-linked virtual-reality fantasy simulations offered such realism and psychological draw that large sections of the population became pathologically addicted to them, many losing interest in real life. This helped give rise to a global collapse and a subsequent banning of VR!

Even if pathologically addictive immersiveness is yet to come, many harbingers and aids for a VR centric lifestyle are up on us! Consider for example a really interesting VR experience in combination with ready at hand 3D printed food and the toilet lazy boy below:

How many of us will stop imbibing this new opiate and go smell the roses ... and maybe the coffee?

Who will tell the already billion dollar VR gaming industry? And what would we say?