It's totally okay to hate humanity on Mondays.

But this little note will make you feel a tiny bit better about the future of mankind.

On Sunday, Samantha Ford, who is romantically involved with a soldier deployed in Afghanistan, shared a photo on Facebook of two $20 bills and a letter from an anonymous veteran.

"I just thought I would share with you all what happened to me today! Came out of Dunkin Donuts and found this under my windshield wiper," the accompanying post reads. 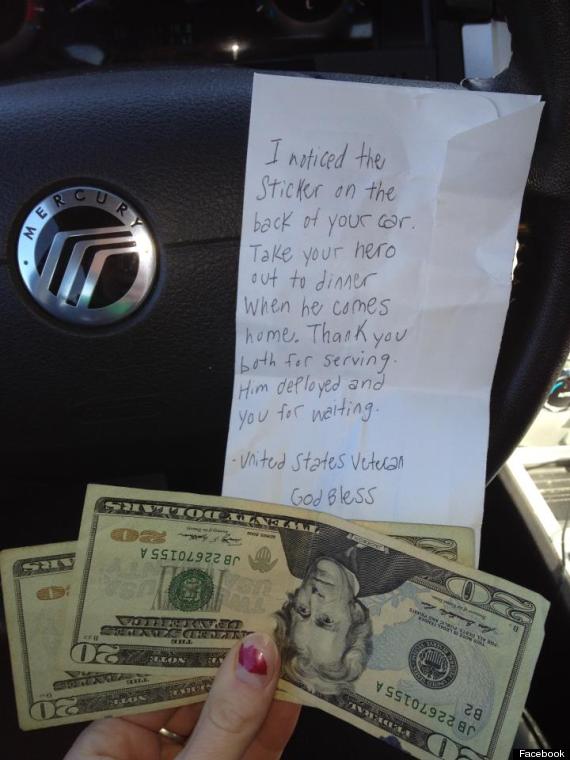 Ford, who lives just outside of Boston, according to TODAY, said the sticker on her car reads "Half my heart is in Afghanistan."

She continued: "There are no words to describe how I'm feeling right now. Tears in my eyes. I just wish I could thank whoever did this! God bless our troops and all of those who stand behind them."

By Monday afternoon, more than one million Facebook users had already "liked" the post. One commenter named Kayla Perrin says Ford is her best friend.

"I can't think of anyone who deserves a random act of kindness more than [Ford] and her boyfriend Albert John DeSimone," Perrin wrote.