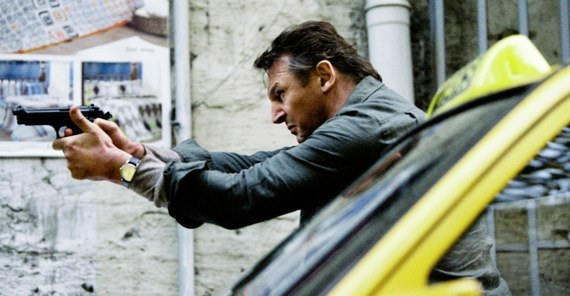 You hear the words echo in your head: "You're going to be taken ... to see Taken 2." Now listen carefully, because you don't have much time. Liam Neeson (Darkman) reprises his role as Bryan Mills, a former C.I.A. operative with an extraordinarily high percentage of immediate family members who can say, "I've been kidnapped at some point in my life." Will you make it through? Is there any chance that you will enjoy this experience? As a service, we answer every question that you could possibly have about Taken 2?

Q: Do I have to see the original Taken to enjoy Taken 2?

A: Chances are, you will not enjoy Taken 2 whether you've seen the original or not.

Q: If I haven't seen the original Taken, what do I need to know to understand the plot of Taken 2?

A: A baseline awareness that Liam Neeson's daughter, Kim (Maggie Grace), was kidnapped in the first movie and later rescued should suffice.

Q: Really? I don't need to know anything else?

A: It might help to possess a 5th-grade level of reading comprehension.

Q: For the rest of this piece, will you use the term "taken" instead of "kidnapped" so I don't forget what movie we are talking about?

A: I'm trying to decide if it would be easier to type "Bryan and his ex-wife, Lenore," or, "this time around it's everyone in the family except Kim."

Q: From where are they taken?

A: Bryan is doing some security work in Istanbul and Lenore (Famke Janssen) and Kim decide to join him for a vacation. Bryan and Lenore are kidnapped taken in Istanbul.

A: She had, but they are now separated.

A: Not exactly. The kidnapper taker in this movie is the father of the man who kidnapped took Kim in the first movie. You see, Murad is crestfallen that Bryan killed his son in the first movie, so now he wants to kill Bryan for revenge.

Q: As an audience member, do you ever sense that there's even the slightest chance this would ever happen?

A: There's enough suspense and intrigue in Taken 2 to persuade audiences to believe just about anything. No.

Q: Can't Bryan reason with Murad? Maybe explain that his son was a terrible human being who kidnapped women and sold them into slavery?

A: Bryan tries and Murad doesn't seem to care. IT'S STILL HIS SON AND HE MISSES HIM!

A: Perhaps it was decided that a fun title may be grounds for a false advertising suit.

Q: What is the most asinine thing you've seen in a movie this year?

A: After Bryan has been kidnapped taken, in an effort to gauge the distance between his current location and the hotel, he instructs Kim to set off a series of three grenades in downtown Istanbul.

Q: Oh, so then Bryan can judge the distance by how quickly the authorities arrive to arrest Kim on terrorism charges?

A: No. Bryan uses the difference between the explosion that he hears on his cell phone in comparison to the explosion he hears at his location to judge the distance.

A: Bryan had a small one hidden on him and was able to use it because the kidnappers takers decided that having some sort of armed guard within earshot of Bryan was not necessary.

Q: Wait, so is Bryan captured for the duration of the film?

A: No, he eventually escapes and the main focus becomes Bryan trying to find his ex-wife, Lenore.

Q: Isn't there anything good you can say about Taken 2?

A: There are some camp moments that might entertain you if you like camp, I suppose. To tell the truth, I'm not entirely sure if Taken 2 is supposed to be camp or not, but, if nothing else, there are many scenes in which someone decided, "Eh, screw it, if the audience laughs, they laugh."

Q: How many times did the audience laugh at scenes that probably were not supposed to have been funny?

Q: Liam Neeson is a great actor. Why does he do movies like this?

A: Because you will see it.

Q: But at least we get to see Liam Neeson extract revenge on a whole host of terrible people, right?

A: Sort of. Neeson is now a 60-year-old man and, unfortunately, is starting to look his age in the action scenes. Put it this way: There are many times when Neeson is confronted by a criminal, they start to fight and then, after a quick shaking-cam edit where nothing is discernible to the human eye, the criminal has been incapacitated.

Q: Is there an irrelevant yet overdramatized subplot early in Taken 2 that of course goes on to have a major impact on the action of the film?

A: Let's just say there's a lot of focus on the fact that Kim hasn't passed her driver's test, which becomes an issue after Kim and Bryan steal a cab.

Q: Why would Kim need a driver's license after becoming a popular recording artist?

A: Kim's musical aspirations are not addressed in Taken 2.

Q: What's the legal age in the United States at which a person becomes eligible for a driver's license?

Q: How old is Maggie Grace?

Q: Other than Bryan, Lenore and the cab, does anything else get taken over the course of this film?

A: Just your money.

(SORT OF) RELATED: Movies to watch with dad 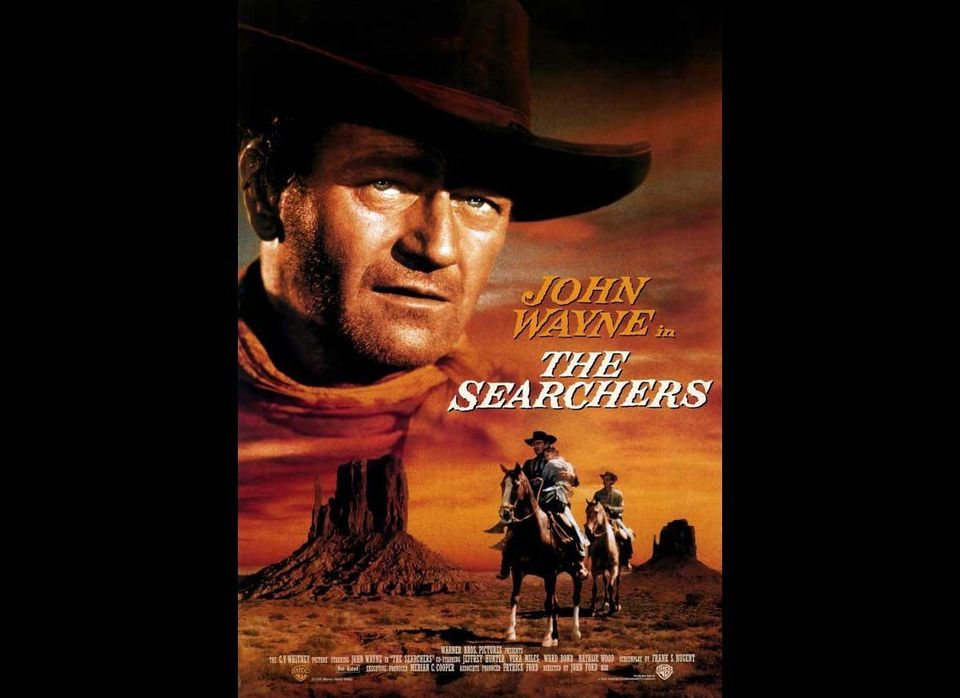 1 / 12
'The Searchers'
You can't really have Father's Day without a John Wayne movie, so why not pop in "The Searchers"? Sure, it's much darker than Wayne's other Western favorites, but it's also The Duke's best film. Alternates: "Stagecoach" or "The Man Who Shot Liberty Valance."