Taking Back Sunday didn't go anywhere. It doesn't need reviving, and it hasn't been swept up in the "emo revival." Five albums later, the band's original lineup is back with with a new record and the same attitude, but a different outlook on the scene they helped create.

In 2002, when Long Island was a petri dish for emo bands and hungry rock labels, Taking Back Sunday released "Tell All Your Friends." It became the soundtrack for driving aimlessly down Sunrise Highway and, as they gained popularity, roads all across the country. After an internal feud between singer-guitarist John Nolan and lead singer Adam Lazzara in 2003, Nolan left the band. Bassist Shaun Cooper followed suit.

It wasn't until 2010, after Taking Back Sunday released three other albums with new members, that drummer Mark O'Connell brought the original five members back together on a pecan farm in El Paso, Texas. "We went into it very realistically," Lazzara said in an interview with HuffPost Entertainment. "We went in saying, 'Hey there’s a chance this might not work as far as playing music together, but at least we can be friends.'"

Out of that experience came a self-titled album, released in 2011, and then its follow-up, "Happiness Is," which is almost like a love letter to "Tell All Your Friends" fans. "I think with this record we clicked together in a way that we didn’t on the self-titled one," Nolan said.

Lazzara and Nolan, now both husbands and fathers living down the street from one another in Charlotte, N.C., sat down in a hotel lobby near a Long Island airport to talk about why it's cool to like emo music again.

Are you into the "emo revival"?
Adam Lazzara: Is that a thing?

John Nolan: I’ve seen people talking about it online. Are we part of it?

You could be. But there's a backlash against the trend, that emo hasn’t gone anywhere.
AL: Upon first hearing it, it just sounds pretty silly. Emo was a word we used to make fun of our friends with, and then I feel, like, one day people just started claiming it, and it took this weird turn. This is just another weird turn that the term has taken. I haven’t gone anywhere. I haven’t stopped so there’s nothing to revive. With all of us.

I think it has something to do with nostalgia how people are now obsessed with the '90s or the early 2000s. People like me are thinking, "I want to listen to this music that made me feel so special when I was 13, 14, 15."
JN: I don’t know if it is part of the emo revival, but it definitely feels like for a while people were kind of embarrassed to be a Saves The Day fan or a Taking Back Sunday fan. People our age or slightly younger -- everyone was too cool to admit they liked us. For some reason, now it does feel like it’s kind of okay to be a fan of Taking Back Sunday.

AL: Good news for us!

JN: You know what I mean though? It did seem like for a while people were embarrassed and had to pretend they weren’t really fans of us.

JN: My best guess is that there were kids that were younger when they listened to us and then they got into “cooler” music.

JN: Maybe. Something like that. They got into “cooler” music and their musical taste changed and developed. It happens to everybody. Then they start being embarrassed of the stuff you like when you’re younger. Then you get a little older and realize, "Oh hey, the stuff I liked back then was actually good. I shouldn’t be embarrassed about that. I don’t have to pretend to be cooler than that." That happened to me a little bit with Pearl Jam. For a while I was kind of embarrassed to admit I liked Pearl Jam. Because you had all those bands like Creed. All the emo bands that came after got really embarrassing for a while.

JN: So you kind of want to disassociate yourself from that thing as a music listener.

AL: Yeah it got weird. I think that’s probably the thing. There were second or third or fourth waves of those bands that the labels were still trying to get money out of that just weren't that great or good.

JN: Once those bands die out and kind of the dust settles, then you are kind of like, "Hey those bands were actually good." The ones that are still here are here for a reason.

The new album, "Happiness Is," and its single, "Flicker, Fade," remind me of what I liked about you guys back in the early 2000s. How have you been able to find that again?
AL: With each record we always hope that we’re growing with the folks that listen to us and vice versa, that they’re growing with us. Like, I think because a lot of people will say, “Tell All Your Friends,” "Tell All Your Friends," "Tell All Your Friends." But we also put out all these other records too. I think it’s that record because their lives are traveling in this path and it just so happens that they find this record at just the right moment. With "Happiness Is," maybe it’s just hitting at that, it’s meeting up again. I hope.

JN: I think that there’s something too that happens when the five of us in this band work on music. I think with this record we clicked together in a way that we didn’t on the self-titled one. I think maybe some of the similarities people might be hearing now to anything that happened in "Tell All Your Friends" has to do with that. Like the five of us can be in sync.

Has your music writing process changed at all?
JN: Back in the "Tell All Your Friends" days, we both used to always have our little emo notebooks and both of us would have just pages of pages filled with stuff. We’d be writing all the time and that doesn’t really happen anymore. I’ll just not have anything to write for a few days, for a week or something, but when I have something, I know it's what I want to say and it's solid. Whereas before, in those notebooks, 70 percent of it was probably garbage. Now it’s almost like I’m filtering out all the garbage before I actually write anything down.

AL: I remember when I was in high school and saw “Basketball Diaries,” I started carrying a notebook in my back pocket. I just always had one with me since then. But now it’s more like I have to make more of an effort, like, "Okay it’s time to write. Let’s do that."

Do you guys feel like grown ups?
AL: No. No. We have a lot of grown up responsibilities, which sometimes is a big bummer.

JN: Not really. I feel like an adult when I’m taking care of things that are very adult-like. I’ll sometimes take a minute and be like, "Man, this is a very grown up thing that I’m doing right now." Like watching my baby while raking leaves in the yard in the house that I purchased with my own money.

"Happiness Is" is available on March 18 through Hopeless Records. 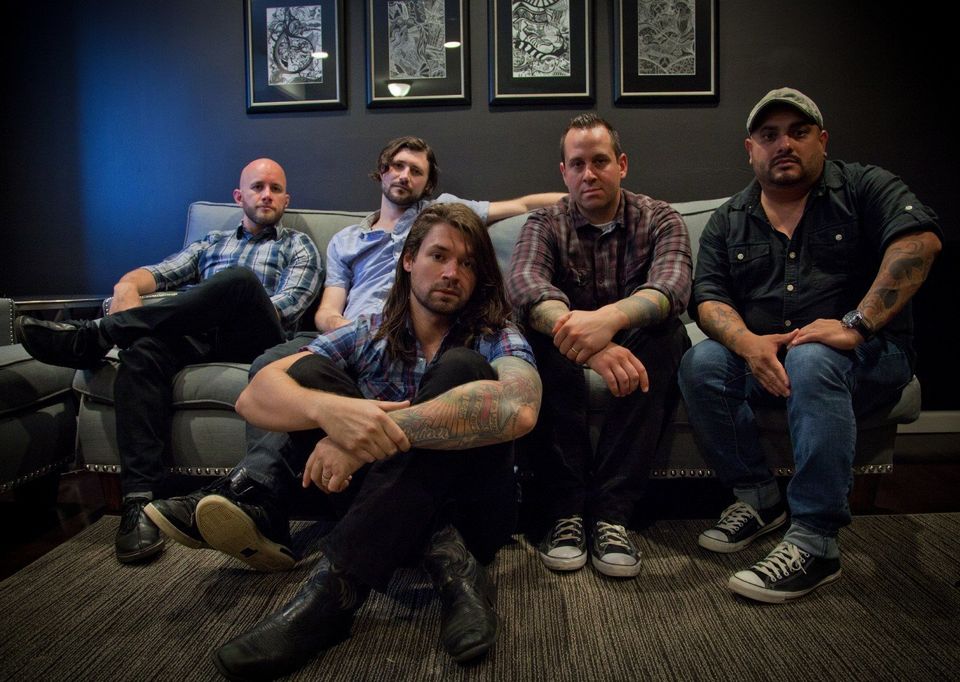