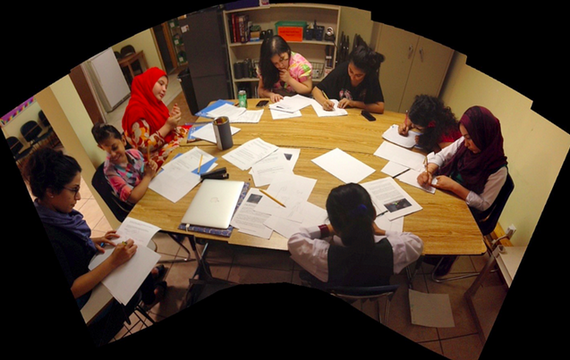 "What is this word, media?" whispered the girl sitting next to me.

I took a deep breath and looked into the expectant faces of seven pre-teen and teen Afghan-American girls surrounding me at the table at the beginning of our media workshop, then smiled and began a discussion about various forms of mass communication such as television, newspapers, film and music. I talked both about how the voices of women and girls are grossly underrepresented in the media and how the bodies of women and girls are misrepresented. The girls giggled at drawings I drew to explain the process of Photoshop. But their smiles disappeared when I told them that: 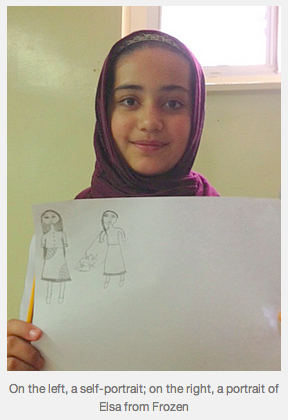 We talked about our self-images. How some of the ways we view ourselves are positive, while so many others are negative. The girls wrote down a few positive qualities or characteristics that they possess - Nice - Pretty Hair - Talkative.

The girls then chose a female character from a film and wrote down her qualities - Beautiful - Pretty - Brave - Smart - Powerful.

Afghan-American girls aren't unlike any other American girls. They all loved the movie, Frozen, and admonished me when they learned I haven't yet seen it. They loved the protagonist, Elsa, and thought that she was strong and brave, but they didn't see her as an entirely realistic role model. 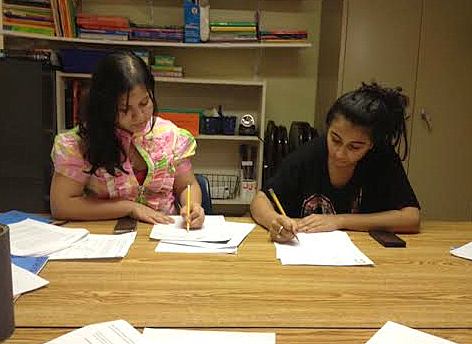 "One thing we can do to become more powerful," I suggested, "is to amplify our voices by creating our own images and writing strong words and then sharing them widely."

"What is this word, amplify?" whispered the young girl seated next to me.

I demonstrated how quiet my spoken words were under normal circumstances, and then used my hand as a megaphone, filling the room with a booming voice. 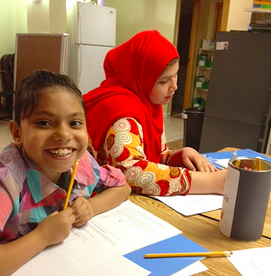 "This," I said loudly, a fist raised in solidarity, "is what we girls and women must do with our writing so that the issues we believe are important can be sent all around the world."

The girls nodded, smiling. The message of the power that our voices can have in media was starting to sink in.

I shared the work of some of my past students - pieces teens just like them had written about how the media damages girls and how stereotyping hurts their developing self-images.

Then, something powerful happened. I asked the girls to take some time to share their stories - to write their response to everything we had discussed. To tell the stories that were missing from popular media. Stories like this: 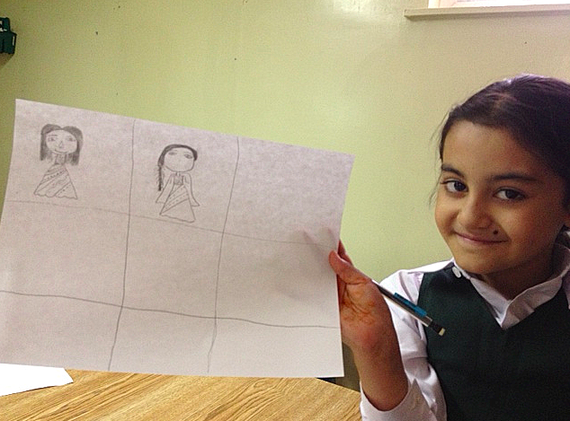 There are so many films, movies and magazines making great strides to improve positive representations of women and girls. Yet despite our best intentions, we often forget to ask girls how they might compare themselves to powerful roles and how they might envision their own power. It requires ongoing work - a daily reckoning.

Because of the bombardment of negative media images, it's not enough to throw only a few positive images and examples of powerful women into the mix. We must talk about those images with girls, and we must - on a daily basis - discuss how few positive role models for girls are published.

Self-images and self-worth ought to be improved by asking our girls to do what so much of the media won't do - create their own narratives and search for powerful women role models and leaders to write about. It's then up to us to publish their stories, share them widely, and amplify Every. Single. Word. 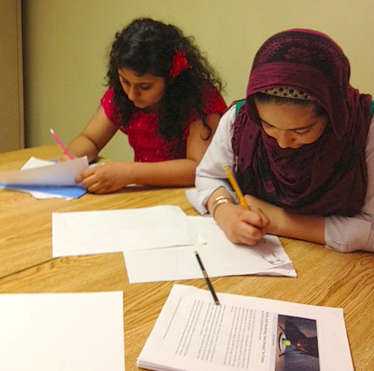 Originally posted at The Advice Project by Melissa Banigan.

Click here to learn more about Women for Afghan Women as well as the inspiring life story of the organization's New York Program Director (and Advice contributor!), Naheed Bahram. And read here for information about Advice Project partnerships and how to get involved or bring The Advice Project workshops to your school or organization.