"Taking it to the Hill," Washington D.C.: Two hundred and thirty six advocates from 37 states, volunteers comprised of brain tumor survivors/patients, loved ones and caregivers of both survivors and those who have lost their lives to brain tumors, and constituents, went to Washington, D.C. this week to meet with U.S. Senator Dianne Feinstein and Senator Barbara Boxer, Minority Leader U.S. House of Representative Nancy Pelosi, and Congresswoman Jackie Speier, to name a few of the Congressional Leaders. The over two hundred advocates met with many members of Congress Monday to help further the awareness, discussions, and funding this week on behalf of the brain tumor community. These advocates arrived at the Capitol Monday, May 4, 2015, with motivated hearts: they took time out of work and personal lives to travel on their own expenses to D.C. to fight for this cause.

While this is an annual event that is coordinated by the National Brain Tumor Society, (the largest non-profit focused on brain tumor research and advocacy), this years event was the largest of its kind and biggest group thus far.

Statistics show there are approximately 700,000 people living with a primary brain tumor in the U.S. alone, and approx. 70, 000 more people will be diagnosed this year(primary tumors are ones that originate in the brain vs. those that originate somewhere else in the body, like breast or lung cancer, and spread to the brain).

One of the main reasons the large group arrived to speak with Congressional Members was to ask Congress, in working with The National Institute of Health(NIH), the largest research center for brain tumors in the U.S., to increase funding for brain tumor research.

"Even with efforts, there has not been enough advancement in the treatment of brain tumors in the past 30 years," says Pamela Hamrick, Committee Chairperson of the Bay Area Brain Tumor Walk , and advocate and volunteer for the National Brain Tumor Society. Their discussions included a thank you to the investment by Congress and the NIH for precision medicine on the scene now due to appropriations, but felt "now is time to leverage that progress." Their intent: to increase funding, inspire, and share the stark determination in the fight for life.

Pamela, carrying the torch with many for the fight to find a cure, joined the fight when she lost her 37 year old brother to glioblastoma stage multiforme IV brain cancer after being diagnosed 11 months prior; (she also has a surviving sister in law with benign brain tumor). "We are here to help further change , "she continued, " we need the funding to make progress on the extremely aggressive disease through increased appropriations to the NIH budget. The National Brain Tumor Society (NBTS) is requesting an increase to $33 Billion to the NIH for fiscal year 2016, and a commensurate increase to the National Cancer Institute (NCI) to $5.4 Billion."

There were three "Asks" to Congress with this group, this week, on the Hill: one (above) requesting increased appropriations, and the other two were:

Stephen Lessard (also a volunteer advocate and himself a brain tumor survivor; Stephen lost his mother to glioblastoma multiforme Stage IV) here with Pamela Hamrick ,featured in the images below, along with many constituents and advocates as they are meeting this week with U.S. Senator Dianne Feinstein and Senator Barbara Boxer, Congresswoman Nancy Pelosi, and Congresswoman Jackie Speier, to name a few. The over two hundred advocates met with many members of Congress Monday to help further the awareness, discussions, and funding.

Here are some of the images of the West Coast Team; (thirty seven states represented); visiting leaders of Senate and Congress this week; along with videos of the 21st Bay Area Brain Tumor Walk in SF held last Saturday, May 2, 2015.

The Month of May is National Brain Tumor Awareness Month 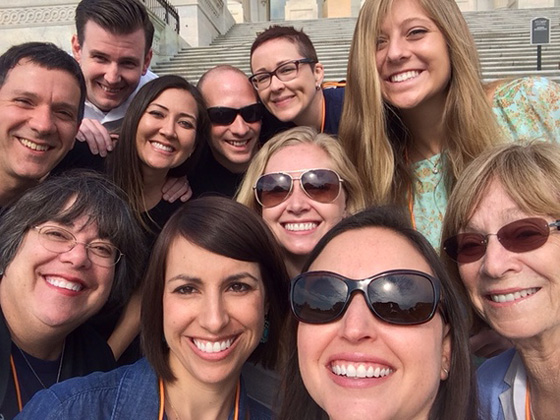 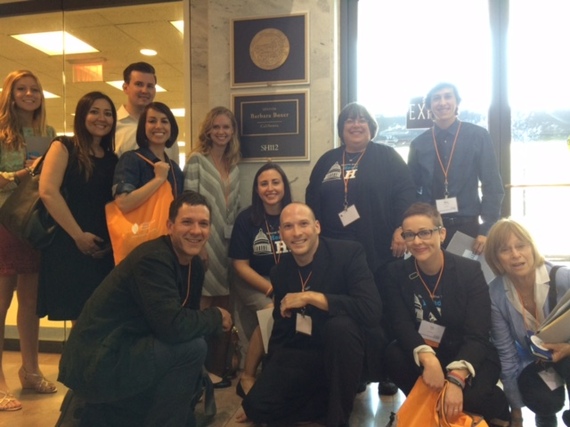 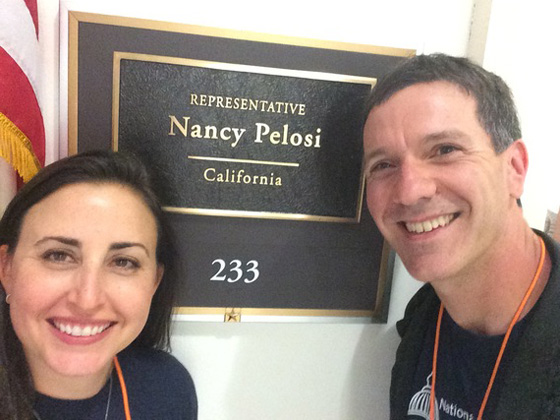 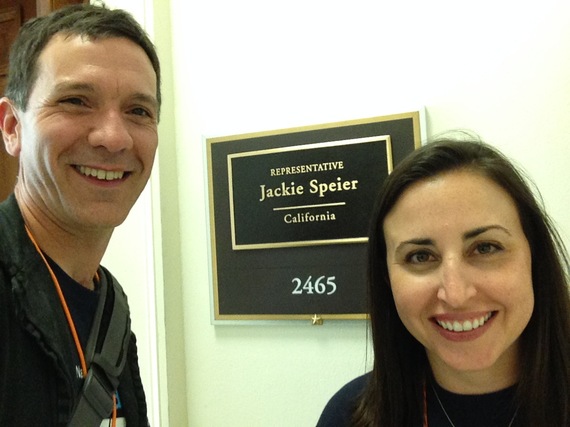 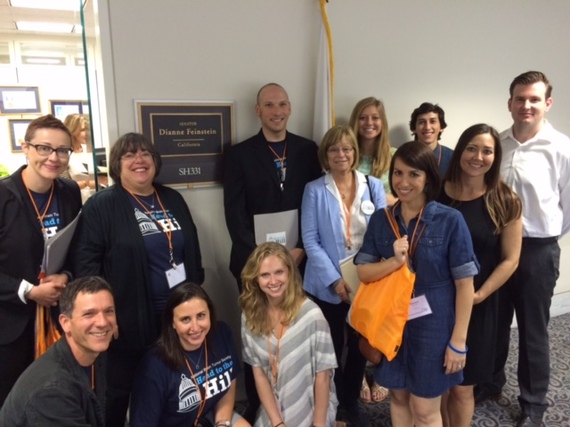