I have to admit I have a crush on Bradley Manning, and not just because he's cute and gay and from Oklahoma. He gets mega-crush status because he's not just a crush but my personal hero.

Bradley Manning is a 25-year-old, openly gay United States Army intelligence analyst who, while serving in Iraq, found evidence of crimes ranging from petty corruption to full-blown war crimes, like the killing of journalists in the infamous "Collateral Murder" video.

He saw this evidence and didn't turn away from it. Instead, at great risk to himself, he released the files to the American public through Wikileaks, after being blown off by The Washington Post and The New York Times.

Bradley felt that the truth was more important than his own safety or career, and for that he sits on trial. Imprisoned in Fort Meade, Md., he faces over 20 charges, including "aiding the enemy," a capital offense.

That's why I think he is a hero. He was the first major whistleblower in our new era of whistleblowers, having been cited by Edward Snowden (of NSA leak fame) as a source of personal inspiration.

Me too, Eddie. Bradley is my number-one whistleblower crush.

But it wasn't my crush that motivated me to spend over two months organizing a big group of queers (and allies) to march for Bradley in the New York Pride Parade.

I was motivated more by the fact that Pride would come while Bradley was on trial and would be a huge opportunity to show that the LGBT community stands with Bradley and his actions. I knew that we could rally tens of thousands behind his case in New York City alone. LGBT people know how brave one has to be to speak the truth. We back up people who speak out.

The effort became national, and we coordinated with #BradleyPride contingents in Chicago, Minneapolis, Seattle, and San Francisco.

In New York, our plans were for a big, bold message of freedom for Bradley. We designed a moving performance piece in which a battalion of soldiers guarded a mobile jail cell imprisoning an actor playing Bradley. Behind the cage was a 12-foot-tall golden puppet of Lady Justice, with scores of Bradley supporters wielding a sea of pink flags that read "#BradleyPride."

We were joined by over a dozen veterans', queer, and anti-war groups that had enthusiastically signed on. Transgender activists came to emphasize the important point that Bradley has questioned his gender but is unable to express it while incarcerated. All of us were backed by the infamous radical marching band The Rude Mechanical Orchestra.

As we marched down a crowd-lined Fifth Avenue, our director Claire signaled with a whistle for Lady Justice to bring down her giant puppet-sword on Bradley's cage. The flag-wielding Bradley supporters then mobbed the jail cell, pulling it apart to free our Bradley actor, revealing a huge "Free Bradley Manning" banner that spanned three traffic lanes.

The reaction from the crowd was incredible. They cheered and whistled when faux-Bradley was freed to salute them and dance to his liberation. Then, when the soldiers rearrested Bradley and put him back in his cell, they booed. They were pissed. They wanted Bradley to be free.

Cops on parade duty stood surprised as we performed our big gay street skit and busted Bradley out of jail again and again. It had just enough Stonewall rebellion attitude thrown in, I think. The crowds of LGBT New Yorkers were feelin' it.

Donations to Bradley's defense fund came pouring in from the crowd, and even the head drag queen emcee (hard to impress, no doubt) was delighted and called our performance "genius."

Enthusiasm came from many places. At the end of the march, we were breaking Bradley out of jail to an audience of mostly young LGBT people of color, who tend to have legitimate beef with incarceration of any kind.

Mainly, however, I would guess that the crowd reacted so strongly because, as a community, we so desperately need victories against the powers that be.

Don't we all love to think that we can have an impact like that? That we can free someone unjustly imprisoned? That if we speak out about an injustice, we can force even the most deaf and callous of governments to right their wrongs?

Never the cynic (especially at Pride), I think we can have a big impact. We had so much of New York cheering for Bradley and his freedom that it felt pretty damn powerful.

That day at Pride, my crush for Bradley Manning turned into a crush on my local queer community, who proved to me that they are ready to back Bradley, ready to defend one of our own, a gay soldier who sits on trial for taking a stand for the truth. 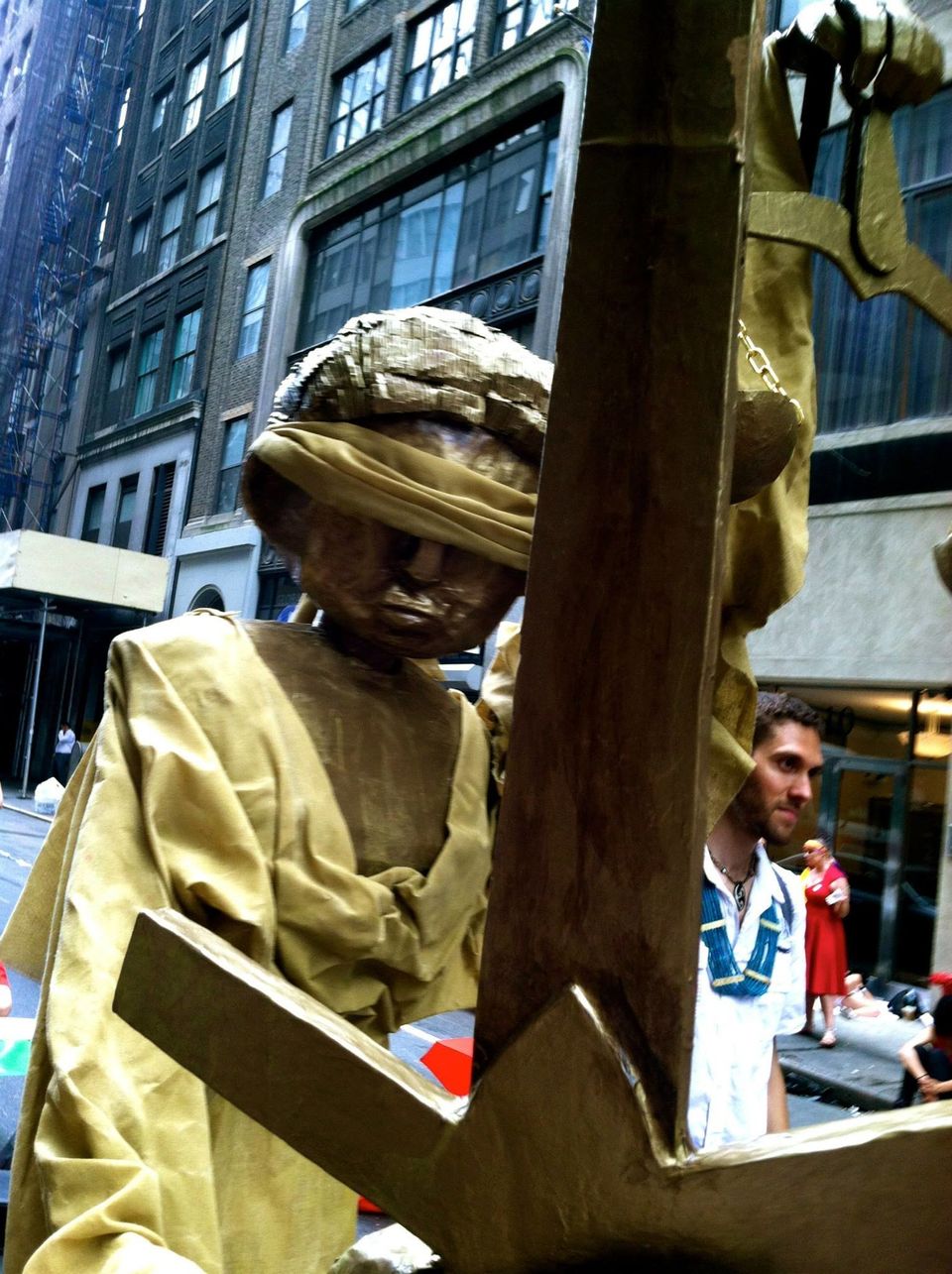