In October of 2012, at the age of 52 years, Linds Redding of Auckland, New Zealand died of inoperable esophageal cancer. Prior to his battle, he was the owner and operator of a small animation and art studio called The Department of Motion Graphics.

The firm specialized in "designing and crafting unique, high quality motion graphics and animation solutions." Prior to starting the business, Linds worked at large advertising agencies such as BBDO and Saatchi & Saatchi as an art director. His entire 30-year career had been spent serving the advertising industry in one way or another. 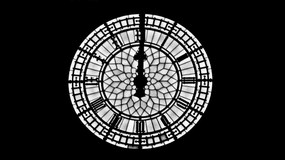 In March of 2012 -- taking stock of his life, career and the inevitability of his own death--Linds wrote a 3,000-word essay on his blog entitled, "A Short Lesson In Perspective." He started by focusing on what he referred to as "The Overnight Test." When working on an advertising project, he and his colleagues would spend hours coming up with ideas, pinning each of them to a board for viewing. The next day--and not at the moment of ideation--the team would decide which options to put forward to a client.

In his post, Linds lamented the modern corporation's quest for profit maximization and regretted that the patience required by "The Overnight Test" was rarely to be witnessed at such organizations. "The Overnight Test only works if you can afford to wait overnight," wrote Linds.

But his essay went deeper. The chilling, reflective feedback did not solely focus on the profit-only mindset of the corporation. He set his sights on the people who do the work in the organizations, too -- including himself.

"My old life looks, and feels, very different from the outside. It turns out I didn't actually like my old life nearly as much as I thought I did."

Linds was dying. Perhaps it was this state of contemplativeness that urged him to write about his career. It was a career he was not all that happy with. "I think, I've come to the conclusion that the whole thing was a bit of a con. A scam. An elaborate hoax," he opines. Linds believed his entire education and experience actually set himself up for an "epic act of self-deceit."

"Countless late nights and weekends, holidays, birthdays, school recitals and anniversary dinners were willingly sacrificed at the altar of some intangible but infinitely worthy higher cause," he recounted. "It would all be worth it in the long run."

But this myopia and fixation on the role, his performance and the rigidity that accompanied his behavior was like a career Ponzi scheme. He had convinced himself that sacrificing time from his life to work for the glory of his career and firms was dutiful. It was necessary. In hindsight, Linds believed, "It wasn't really important. Or of any consequence at all really. How could it be? We were just shifting product."

Toward the conclusion of the essay, Linds asks, "So was it worth it?" His answer cut to the heart of the matter.

"Well, of course not. It turns out it was just advertising. There was no higher calling."

Eventually, Linds wonders if his 30-year professional existence was a sham. He closes the post by writing, "As a life, it all seemed like such a good idea at the time. I'm not really sure

The story of Linds Redding ought to be a wake-up call for both individuals and the organization. Individuals who believe their purpose in life is solely tied to their role at work may be in for a rude awakening when a life event or organizational downsizing incident occurs.

Our roles and careers are important, but they should not be considered the sole identifying factors that define us. When an organization creates an operating culture rife with power, a lack of caring or unethical behaviors, it becomes an accomplice in disengagement. The organization becomes a contributing factor in the creation of unfulfilled lives.

No one deserves to die feeling their work was a sham. That is, the organization can be thought of as partially culpable for scenarios like that of Linds Redding.

An excerpt from the book, "THE PURPOSE EFFECT: Building Meaning in Yourself, Your Role and Your Organization" - order below