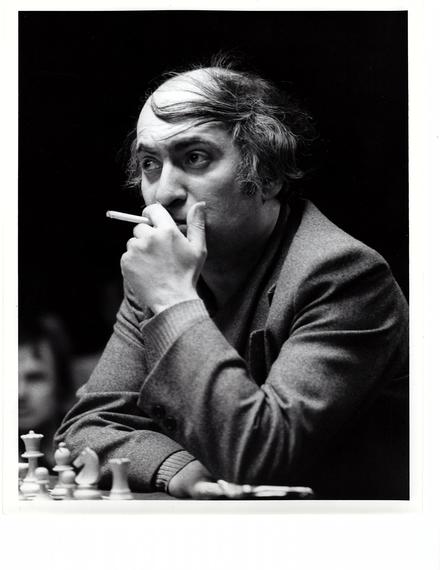 The world champion Misha Tal (1936-1992) was to chess what the saxophonist Charlie Parker was to jazz. Both flying high with no barriers, no limits to their intuition, imagination and improvisation. The traditional Tal Memorial tournament recently finished in Moscow.
. 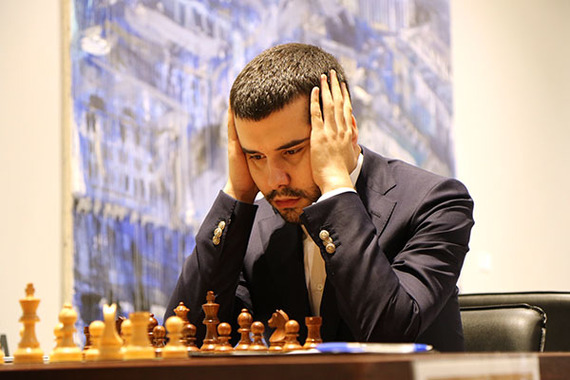 The Russian grandmaster Ian Nepomniachtchti, 26, won the event. It was the best ever tournament victory for a former prodigy known for his speed-chess skills. In the classical chess, he recently emerged as one of the world's toughest players to beat. In the last month he was tamed only once by Wesley So. It was a pivotal loss, enabling the Americans to win gold medals at the Olympiad in Baku. Nepo, as he is often called, went undefeated in Moscow.

Anish Giri, 22, broke out from the circle of draws, won some games and took second place. He is fighting with Nepo for the 10 th place on the FIDE rating list.

While the youngsters were doing well, the old timers did not give up. The former world champion Vladimir Kramnik, 41, is currently rated the world's number two behind Magnus Carlsen, because of his wonderful performance in Baku. He made a drastic switch, playing the king-pawn openings. Vishy Anand, 46, the most versatile world champion, shared third place with Levon Aronian. Anand's victory against Shakhryiar Mamedyarov brought back some memories.

This October is special: it has five Saturdays, Sundays and Mondays. It is so rare that it occurs only once in 823 years, last time in the year 1191***. Time runs faster on the chessboard, but sometimes we have to wait a long time before we see something repeat itself. It took 37 years before a rare endgame I thought I would never see again appeared in a top tournament.

In 1979 in Montreal, I reached such an endgame against Bent Larsen. White had a Rook, a Bishop and a Knight. Black had only a Rook and a Bishop. The pawns on the board were not relevant and eventually disappeared. The Bishops were of opposite color, enabling Larsen to place his attacking light pieces on squares my Bishop couldn't reach. My King was at the edge of the board.

At the Tal Memorial Anand reached a similar endgame against Mamedyarov. While Larsen eventually won material, Anand created a study-like finish with a combination of forks and mating nets. 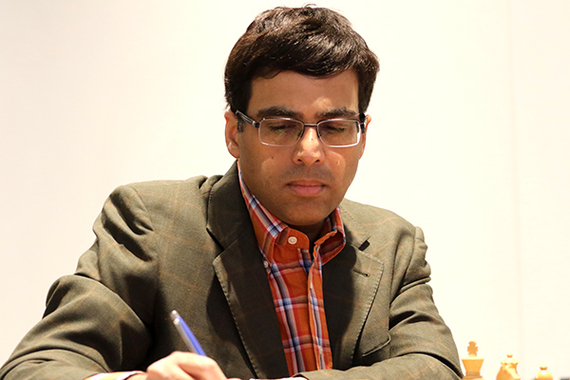 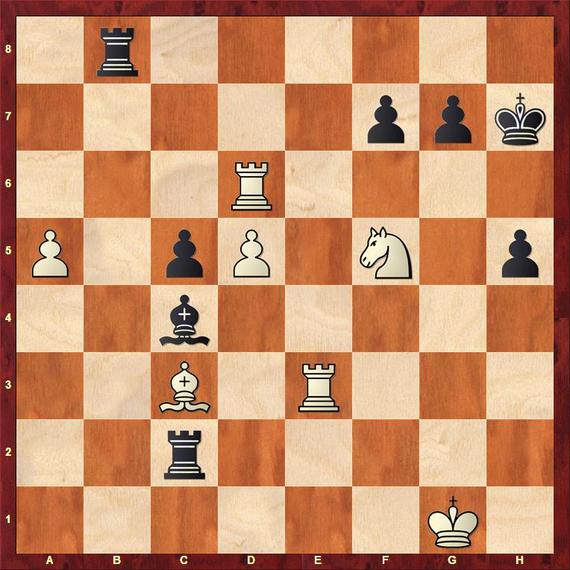 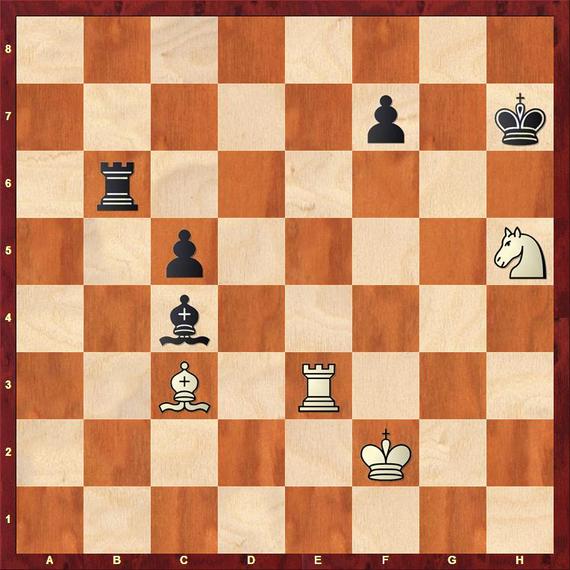 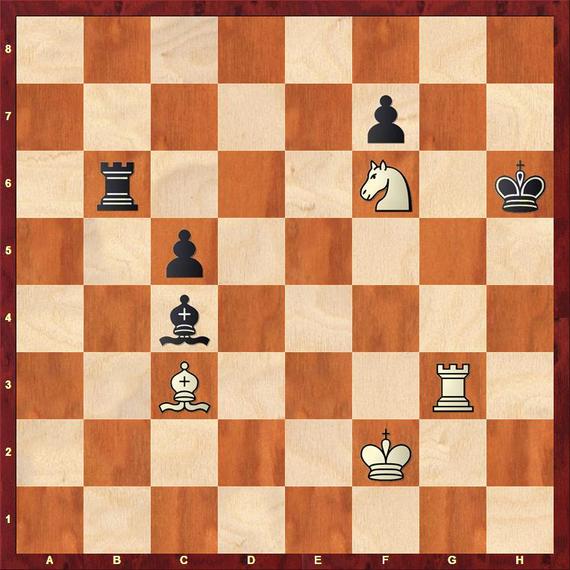 The tournament in Montreal in 1979 broke several records. For the first time it attained the FIDE category 15 (with the average rating of 2624) and the prize fund reached $100,000 dollars. By organizing the event, I also tried to bring Bobby Fischer back to chess. In the first half of the tournament, I was on Thomas Edison's sleeping schedule, some four hours a night, which did not help me during the longest game against Larsen. 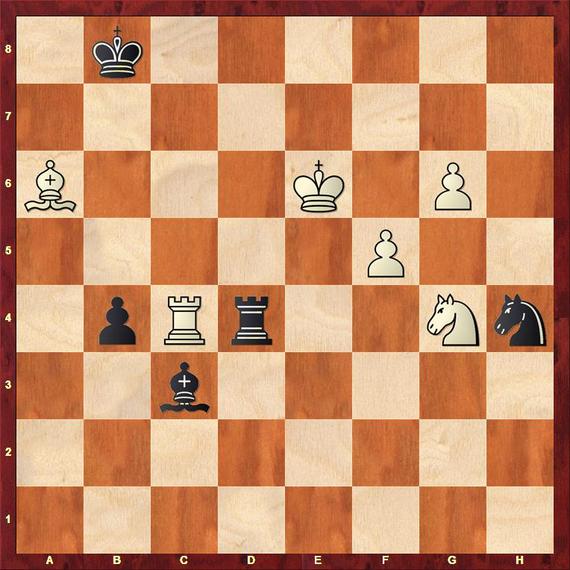 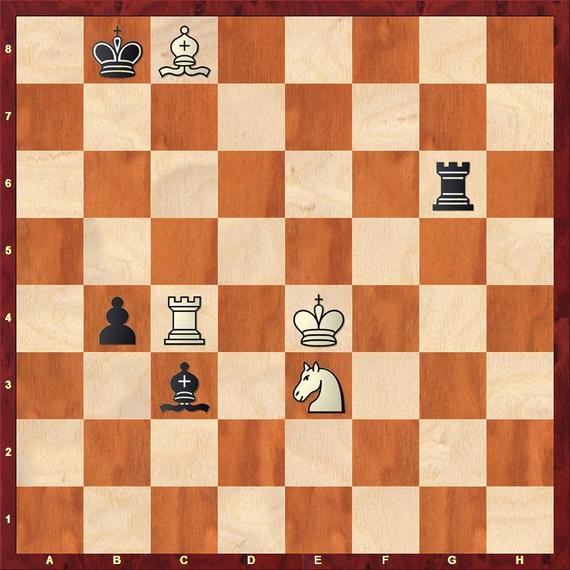 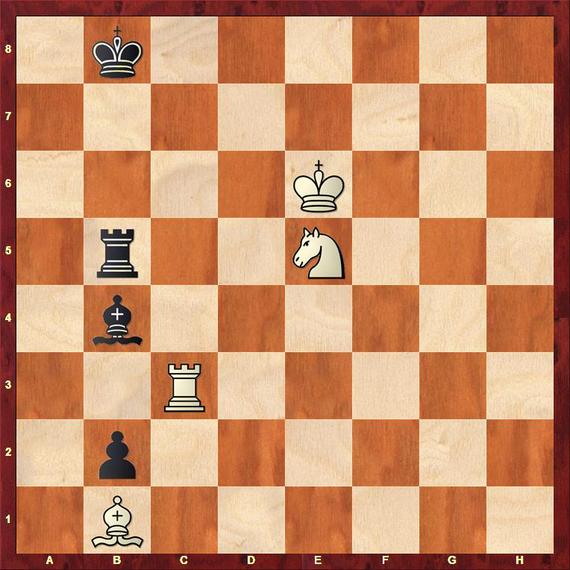 Tal won many brilliancy or beauty prizes for his astonishing attacks. These prizes encourage imaginative play. The first beauty prize was awarded to the Englishman Henry Bird (1829 - 1908) for his victory against James Mason in 1876. It was during the centenary celebration of the United States Declaration of Independence at the Café International in New York.

The rules of the tournament were loose, some games among the 21 players were not played, some players played more games. Only three players had real chances for the top three prizes: James Mason won the $100 first prize, scoring 16 points in 19 games, Eugene Delmar won $50 with the score 15.5/18 and Henry Bird got $25 for the score 15/17. There were confusions and protests and the experts proclaimed Bird the moral winner. Most likely, he would have won two games he was lacking on Mason.

The tournament was sponsored by the newspaper New York Clipper and by the owner of the Café Siegfried Lieders. He donated the first three prizes and a silver cup for the most brilliant game. Bird's brilliancy was a fighting game and the Englishman was on the losing side most of the time because of his incorrect Queen sacrifice. But he turned the see-saw battle around. 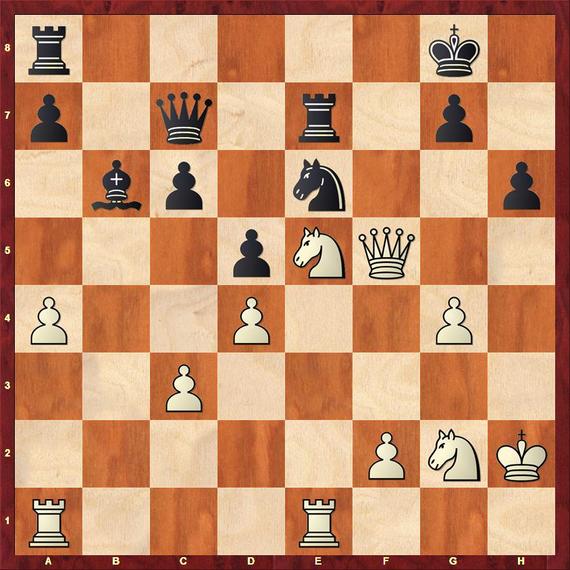 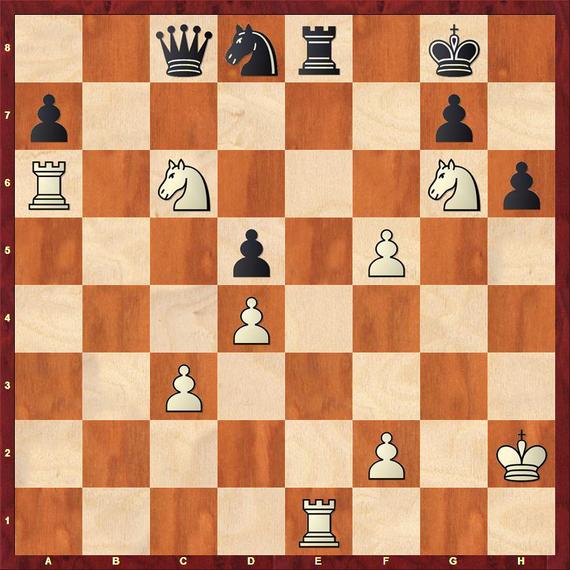 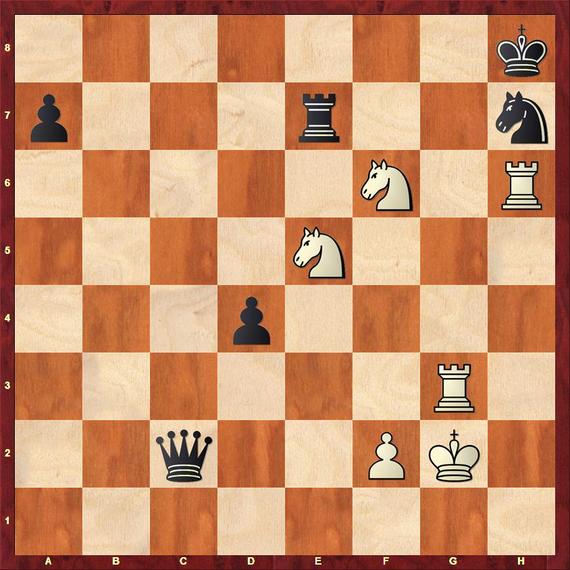 'Can there be anything prettier than this?' Brenzinger gets carried away in The New York Clipper. "What a crash of thunder!'
49...Qc8 50.Ng6+ Kg7 51.Nxe7+
'A most tragic termination, the whole of the remaining army killed with one shot," concludes Bird.
Black resigned.

Some of the notes appear in an excellent new book on Henry Edward Bird's life and games, recently published by McFarland. 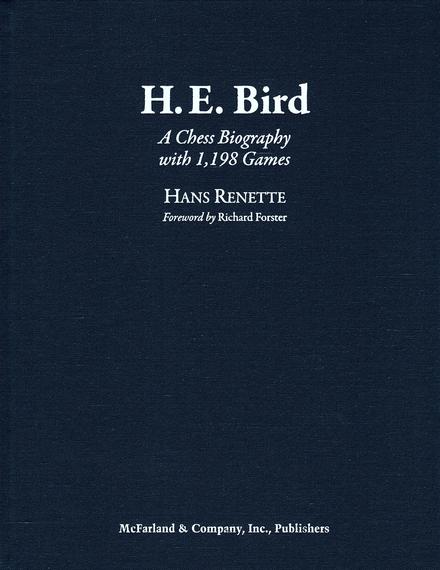 This 595-page biography provides a wonderful account of Bird's 64-year chess career. It is a fascinating journey through the chess landscape of the 19th century with many important and colorful chess personalities. The author Hans Renette was inspired by Richard Foster's monumental work on Amos Burn, although Bird played nearly 300 more games.

Bird worked as an accountant, played as an amateur and picked up chess professionally only at the age of 44. His renown grew after he narrowly lost to William Steinitz in 1866. Of the 1,191 games in the book some 40 percent are commented in-depth. The views of Bird's contemporary writers are included and many games are checked with current computer engines.

Bird made important contributions to chess openings, mainly in the Italian game, Spanish, Sicilian defense and the Dutch Attack 1.f4. He also had some funny moments, for example preventing the French defense 1.e4 e6 2.d4 d5 with 2. Bb5. He was not alone: William Steinitz tried 2.e5, and Mikhail Chigorin 2.Qe2. The old masters had their days of glory.

Several strong events finished in the first half of October:

The Ukrainian Pavel Elyanov and Fabiano Caruana of the United States shared first place the nine-round Chess.com Isle of Man International, scoring 7.5 points. Elyanov won the title on a tiebreak.

In the duel of the legends in Murmansk, Russia, the Dutch GM Jan Timman defeated the former world champion Anatoly Karpov 2.5-1.5.

*** The "823 years" claim is apparently a hoax as an alert reader pointed out.