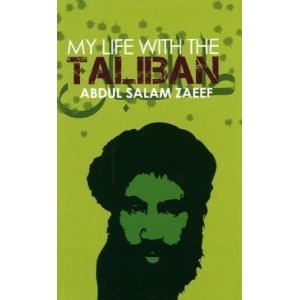 Like genies of the tales of the Arabian Nights they sprang forth from the wasteland of the post-Russian Afghan civil war. Early one morning in the autumn of 1994 about forty long-bearded mullahs gathered in a tiny mosque in Sangisar of Kandahar known as the White Mosque to found a new religious movement. They had no car or money. An old and noisy Russian motorbike with no exhaust-pipe was their only means of transport. The bike was nicknamed 'Tank of Islam' as a reward for its service. Then an unknown man barged into their checkpoint and donated a sack filled with 90 million Afghanis (about A$2 million). "I have donated this money for the sake of God alone. I don't need anyone to know about it," this man insisted, "there is no need for a receipt, or for my name to be known." The following evening the BBC spread the word around the world about the birth of the Taliban in Afghanistan.

With the rise of the Taliban in deeply conservative rural Afghanistan the world's political map suddenly has changed. The fire-brand religious movement soon began roaming about in swarms, flogging women in bazaars, burning schools, killing musicians, destroying TV sets, cameras and tape recorders. They unleashed a reign of fear in most of the country. The Taliban regime fell in a few weeks, when in the wake of the September 11 attacks on the World Trade Centre and the Pentagon, the US-led forces invaded Afghanistan in 2001. But in less than one year, the Taliban re-incarnated into an insurgency that is now tenaciously fighting Western and NATO forces in Afghanistan.

This messianic religious movement blended a puritanical spiritual belief with fanatical devotion and thus turned religion into a violent ideology closed in on itself, which has so far failed to find a normal and acceptable presence in the world today. But Mullah Abdul Salam Zaeef sets out to present a counter-narrative about the Taliban in his autobiographical book, My Life with the Taliban. The ex-Taliban ambassador in Pakistan remains unrepentant for working with the Taliban after spending four years in Guantánamo Bay, even though he now is living in Kabul far from Taliban. "I was a Talib (singular of plural Taliban), I am a Talib and I will always be a Talib".

Zaeef (Arabic word meaning weak and humble) trawls through his past, picking up stories from his childhood, his life in the Islamic maddrassas (Islamic schools), his schooling in the Pakistani spy agency ISI (Inter-Service Intelligence), his participation in anti-Russian Jihad, his life during the rise and fall of the Taliban and beyond.

Zaeef had a traumatic childhood. He lost his mother when he was one year old and his father died when he was seven. He seems enthralled by telling his distant memories of his father, also a mullah leading the congregations in the five daily Muslim prayers in a village shadowed by pomegranate and grape bushes in Kandahar. His father was also a ritual healer. The sick and possessed of nearby villages were brought to him and he would perform, pray and write amulets for them. And then people would slip some money into his "waistcoat pockets or leave it under pillows, blankets or in empty food bowls." He remembers the days when he was playing among pomegranate bushes with other children of his age in desolate village stricken with grinding poverty. "Wolves would howl around the village in the orchards and fields. There was no electricity or running water. Darkness falls swiftly and covered the land like a black veil. Packs of dogs roamed the cramped alleys between houses, barking and fighting for a little food they could rummage for outside the houses."

As the author demonstrates the Taliban had not been opposed to playing music or dance before their coming into power. They would throw parties in which all, including their leader one-eyed Mullah Omar, sang while others danced. "One night we held a marvelous party. The late Mullah Marjan sang and we accompanied his sweet voice with percussion on whatever we had to hand. I can still remember the ghazal (odd) that Mullah Mohammad Omar sang:

On the day the last Russian soldiers had left Kandahar in August 1988 "we celebrated without a worry in the world. Mullah Marjan sang in joy using the top of an old stove as a drum while the rest of us danced."

A striking revelation that comes to light in the book is that 9/11 was preventable if the Taliban taken action against al-Qaida before it occurred. Had the Taliban responded responsibly to the US's pre-emptive warning, this horrible tragedy would have never happened. Weeks before the attack, the United States ambassador to Islamabad met Zaeef and handed him an official warning: "Our intelligence reports reveal that Osama is planning a major attack on America... You need to tell officials in Afghanistan to prevent the attack!" In response to the American warning the Taliban wrote back in a letter: "Afghanistan has no intention to harm the United States of America now or in the future...We will prevent anyone from using Afghan soil to plan or train for any such attack." Zaeef hints Pakistani spies as the real culprits for the Taliban's indecision, for they supplied Mullah Omar with misleading and false information about the US's intents.

Zaeef's account is overtly and incisively focused on Pakistan and its military spy agency. For him Pakistan and the agency have been the ultimate spoilers in the war on terrorism and the Afghan game. He blames Pakistan for every single wrong the Taliban has ever committed. He portrays ISI as a global evil run by sly anti-Afghan thugs. "Since the start of Jihad the ISI extended its roots deep into Afghanistan like a cancer puts down roots in the human body...Pakistan is so famous for treachery that it is said they can get milk from a bull. They have two tongues in one mouth, and two faces on one head...they use everybody and deceive everybody...In the twenty-first century there aren't many places left where you can still buy and sell people, but Pakistan remains a hub for this trade."

The Pakistani double-game in Afghanistan is of much interest to the author. All along the war in Afghanistan, as I said above, the ISI would say one thing to the Americans and the opposite to the Taliban. A few example: When the US wanted to pursue the Taliban to hand over Osama bin Laden, Pakistan emboldened the Taliban by giving them assurance that, in any circumstances, Pakistan would stand by the Taliban out of Islamic fraternity. Meanwhile, Pakistan deliberately kept secretive Mullah Omar in darkness about the US aims to attack Afghanistan by convincing him that the Americans were merely frightening the Taliban and they actually had no intention of attacking Afghanistan. A barrage of cruise missile into the Afghan soil would be the worst thing that might ever happen to the Taliban.

One day a few officers led by the ex-ISI director General Mahmud Ahmad, paid a visit to Zaeef where the general made clear to him, "We want to assure you that you will not be alone in the Jihad against America. We will be with you." Likewise, the ISI sabotaged the tripartite negotiation between the Taliban, Pakistan and the United States by misleading both the Taliban and the Americans. Even when the Taliban wanted to destroy the world heritage, the tallest Buddha statute in central Afghanistan the Pakistani civilian government under Western pressure tried to persuade the Taliban to back out of their decision whereas the ISI tried to encourage them to demolish the historical monument. As Zaeef says, one day Pakistani Interior Minister Mr Moinuddin Haider was in a meeting with Mullah Omar asking him not to demolish the statue, the ISI director and Zaeef were also present in this meeting. When Haider was trying to talk Omar into canceling the idea of the destruction, the ISI's director leaned over to Zaeef and whispered, "What is this silly donkey (Haider) talking about." When a delegation of the ISI traveled to Afghanistan to settle a dispute in tribal areas, "in reality, they (ISI) wanted to seize Afghan land and push their border into our land."

In the second half of the book Zaeef self-indulgently descends into political preaching. He is more of the Taliban monk. He tries to gloss over Osama's relationship with the Taliban, Taliban's misogyny and all the misery they had caused in Afghanistan and beyond. He identifies Mullah Omar as a good leader and Karzai a weak one. Mullah Omar listened to everyone but Karzai "does all the talking and gives little time to his visitor... he is imprisoned within a circle of people that keep him far from the truth." Zaeef doesn't regret the Taliban's totalitarian rule that kept women in the Afghanistan community under house arrest. As one of the first decrees of the Taliban regime said, "Women you should not step outside your residence... [you] will be cursed by the Islamic Sharia and should never expect to go to heaven." He is also silent about how the Taliban clamped down the medieval codes of behavior on Afghanistan. Taliban issued another decree on beards and wearing turbans. Every male must be growing a beard to a certain length. In the book, Zaeef still advocates a beard. In prison they angered him for shaving his beard twice. "In Islam," he says, "it is forbidden to shave one's beard. It is better to be killed than to have one's beard shaved. I asked the barber not to shave my beard; he replied with a hard slap to my head." He fails to provide any evidence from Koran to back up this statement. Such draconian laws could serve as a case study for Foucauldian theory of power and bio-politics.

Zaeef's book is well written and its Afghani unidiomatic English has been brushed up into readable and lucid prose by the painstaking work of the editors, Alex Stick van Linchoten and Felix Kuehn. The book lays out an inside story of the Taliban from its roots up to its collapse, its changing into an anti-Western insurgency and its uncertain future. The book is a must-reading for those American policymakers who want to understand one of the most controversial religious movements in modern times.