UPDATE: After this story was published, Cover Girl released a photo of Talia and named her the "honorary face" of the cosmetic line. Scroll down to view the photo below.

The Internet fell in love with 13-year-old Talia Castellano, who is battling two agressive forms of cancer, through her expert makeup tutorials on YouTube and her always-positive attitude. This week, the inspiring young makeup artist's dreams of meeting someone she loves -- comedian Ellen Degeneres -- came true.

Talia, who enjoys experimenting with makeup as a way of expressing herself, shares that love with nearly 200,000 YouTube subscribers.

"I love and adore makeup, using it as my wig and having so much self-confidence to go out to the grocery store without a wig," she says in one of her videos. "It's just amazing."

Talia once mentioned in a video that it was her dream to meet Ellen Degeneres, and that dream became a reality when she made an appearance on "The Ellen Show" this week. Talia broke down in tears twice on the segment -- once when she met her idol, and again when Ellen gave her a big surprise. Ellen, a Cover Girl herself, made Talia an honorary Cover Girl, complete with her own portrait. Tallia was also given a CoverGirl makeup table and $20,000 from the makeup brand.

Watch the video above to see the priceless look on Talia's when Ellen gives her a big surprise, and head over to her YouTube channel to view the makeup tutorials that made her famous.

Are you inspired by Talia's amazing story? Tell us in the comments below or tweet @HuffPostTeen! 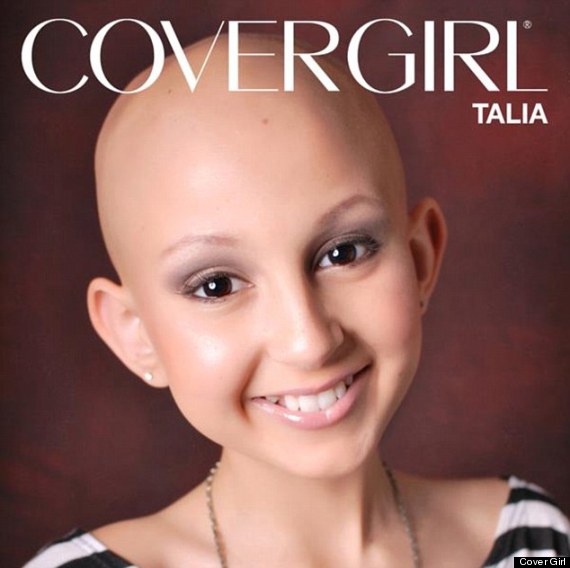