Talia Joy Castellano, the charming teen that inspired thousands with her YouTube make-up tutorials,died at 13 of cancer.

With wise beauty tips and an inspirational story, Talia became an Internet sensation and captivated many with her extensive cosmetic knowledge as well as her experience fighting two forms of aggressive cancer: neuroblastoma and preleukemia. On Tuesday, a message appeared on the teen’s Facebook page announcing her death.

#prayfortalia It is with a heavy heart that we share with all of you that Talia has earned her wings at 11:22am. Please lift her beautiful soul, her beautiful light to heaven and please send your love and prayers to her family during this most difficult time. God speed little one, may you be free from pain and suffering, may your soul feel the light and love that you brought to so many of us on this Earth during the short time you were her with us. We will miss you more than you will ever know baby girl.

Last summer, doctors told Talia her condition had left her with four months to 1 year to live. On Monday, a Facebook post updated fans saying the teen had been in the hospital for almost 6 months.

On her YouTube channel, taliajoy18, Talia demonstrated great skill with matte bronzer, eyeliner, false eyelashes and more. Despite losing her hair to chemotherapy, the teen’s profile shows a photo of Talia with “Make Up Is My Wig” colorfully written on her head.

The teen's YouTube channel, which included make-up tutorials and personal video blogs about her cancer treatments, has over 750,000 subscribers.

"YouTube, and all the support that I get from everyone telling me that I'm inspiring and not to give up, it really makes you stop and think about how many people there are that love you... You're not there alone," Talia told Shira Lazar, co-founder of WhatsTrending, in August 2012.

In September, Ellen DeGeneres invited the Florida native to appear on her show and revealed that Talia had been chosen to be an honorary CoverGirl.

Story continues after the photo 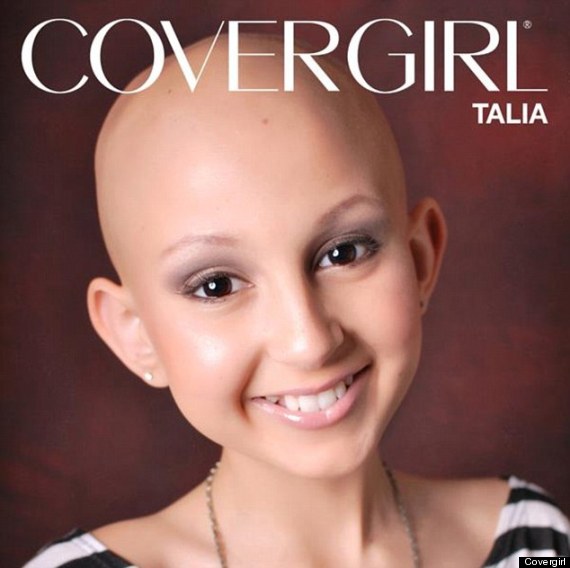 On Tuesday, Ellen and Talia’s fans took to Twitter to mourn the teen’s death.

This year I met a very special girl, and today we lost her. Sending my heart to Talia's family. I'm so sad.

In a video interview with The Truth 365, Talia was asked how she would like to be remembered.

"In a hundred years, I would like to be remembered as the bubbly girl who wanted to do something about childhood cancer," Talia said.

Check out the rest of the interview above as well as reactions to her death below.