By Hamid Shalizi and Mirwais Harooni

KABUL, Feb 1 (Reuters) - The U.S. military said in a secret report the Taliban, backed by Pakistan, are set to retake control of Afghanistan after NATO-led forces withdraw from the country, raising the prospect of a major failure of western policy after a costly war.

Lieutenant Colonel Jimmie Cummings, a spokesman for the NATO-led International Security Assistance Force, confirmed the existence of the document, reported by Britain's Times newspaper and the BBC. But he said it was not a strategic study.

"The classified document in question is a compilation of Taliban detainee opinions," he said. "It's not an analysis, nor is it meant to be considered an analysis."

Nevertheless, it could be interpreted as a damning assessment of the war, now dragging into its eleventh year and aimed at blocking a Taliban return to power.

It could also be seen as an admission of defeat and could reinforce the view of Taliban hardliners that they should not negotiate with the United States and President Hamid Karzai's unpopular government while in a position of strength.

The allegation drew a strong response from Pakistani Foreign Ministry spokesman Abdul Basit. "This is frivolous, to put it mildly," he told Reuters. "We are committed to non-interference in Afghanistan."

The Times said the "highly classified" report was put together by the U.S. military at Bagram air base in Afghanistan for top NATO officers last month.

Large swathes of Afghanistan have been handed back to Afghan security forces, with the last foreign combat troops due to leave by the end of 2014.

But many Afghans doubt their security forces will be able to take firm control of one of the world's most volatile countries once foreign combat troops leave.

The document may leave some policy makers in Washington wondering whether the war was worth the steep cost in human lives and funding.

As of late January, 1,889 U.S. soldiers had been killed in Afghanistan in a conflict launched after the Sept. 11, 2001, attacks that has drained almost half a trillion dollars from U.S. coffers.

"The unfortunate reality is that this is a failure of the allied strategy in Afghanistan. They have not been able to achieve the goals they set out to achieve," said Mahmud Durrani, a former Pakistan army general and ambassador to Washington.

Fresh accusations of Pakistani collusion with the Taliban will likely further strain ties between Western powers and Islamabad, which has long denied backing militants seeking to topple the U.S.-backed government in Kabul.

Critics say Pakistan uses militant groups as proxies to counter the growing influence of rival India in Afghanistan. The belief that Pakistan supports the insurgents is widely held in Afghanistan.

"It is obvious that the Taliban get support from Pakistan, but I don't think that as soon as foreign troops leave they will return to power," said Afghan telecommunications worker Farid Ahmad Totakhil.

"It would be a mistake now for the international community to leave Afghanistan, and drop us in a dark ocean," he said.

Pakistani Foreign Minister Hina Rabbani Khar was visiting Kabul on Wednesday on a mission to repair strained and to meet Karzai to discuss possible peace talks with the Taliban.

Pakistan is reviewing ties with the United States which have suffered a series of setbacks since a unilateral U.S. raid that killed Osama bin Laden on Pakistani soil in May last year humiliated Pakistan's powerful generals.

Pakistan is seen as critical to U.S. efforts to stabilise Afghanistan, a feat one foreign power after another has failed to accomplish over the country's turbulent history.

Islamabad has resisted U.S. pressure to go after insurgent groups like the Taliban and the allied Haqqani network, and argues Washington's approach overlooks complex realities on the ground.

Pakistan says the United States should attempt to bring all militant groups into a peace process and fears a 2014 combat troop exit could be hasty, plunging the region into the kind of chaos seen after the Soviet exit in 1989.

"They don't need any backing," Pakistani Senator Tariq Azim, a member of the Senate's Defence Committee, told Reuters, referring to the Taliban.

"Everybody knows that after 10 years, they (NATO) have not been able to control a single province in Afghanistan because of the wrong policies they have been following," he said.

Pentagon spokesman George Little said: "We have long been concerned about ties between elements of the ISI and some extremist networks."

The document's findings were based on interrogations of more than 4,000 Taliban and al Qaeda detainees, the Times said, adding that it identified only few individual insurgents.

Despite the presence of about 100,000 foreign troops, violence in Afghanistan is at its worst since the Taliban were ousted by U.S.-backed Afghan forces in late 2001, according to the United Nations.

The Taliban announced this month they would open a political office in the Qatari capital, Doha, to support possible peace talks with the United States.

But there has also been talk of efforts to hold separate negotiations in Saudi Arabia because Karzai fears his government could be sidelined by U.S. talks with the Taliban.

The U.S. military report could boost the Taliban's confidence and make its leaders less willing to make concessions on key demands for a ceasefire and for the insurgency to renounce violence and break ties to al Qaeda.

A Taliban spokesman rejected on Wednesday a U.S. demand for a ceasefire as a condition for peace talks, but he would not comment on the report.

"Our struggle and jihad will continue until we have installed a complete Islamic government in Afghanistan, regardless of the year 2014 or 2015 when the foreign troops say will leave Afghanistan," said the militant spokesman, Qari Yousuf Ahmadi.

Hoping to gain credibility with a population still haunted by memories of the Taliban's harsh rule from 1996-2001, the group has tried to improve its image as its fighters battle NATO and Afghan forces.

The Times said the document suggested the Taliban were gaining in popularity partly because the austere Islamist movement was becoming more tolerant.

"This is simply preposterous to propagate this theory," he said. (Additional reporting by Dan Magnowski, Rob Taylor and Amie Ferris-Rotman in KABUL and Qasim Nauman in ISLAMABAD; Writing by Michael Georgy; Editing by Robert Birsel) 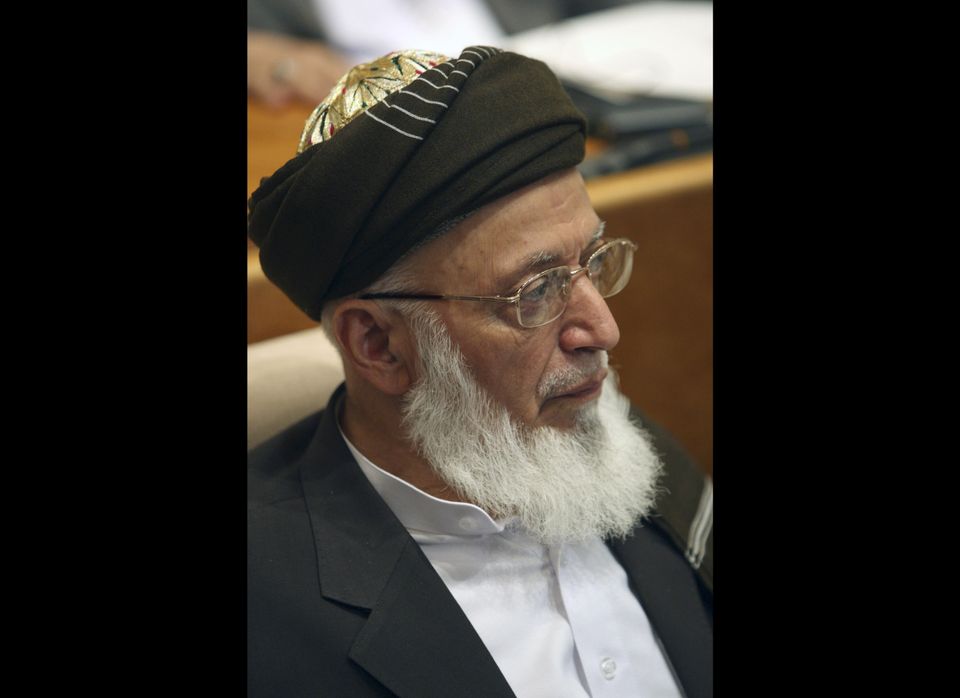 1 / 7
Burhanuddin Rabbani
Former Afghan President Burhanuddin Rabbani was killed by a suicide bomber</a> who had explosives in his turban on September 20, 2011, <a href="http://www.bbc.co.uk/news/world-south-asia-14985779" target="_hplink">according to the BBC</a>.
AP