KABUL, May 12 (Reuters) - Taliban militants launched a wave of attacks across Afghanistan on Monday, the first day of their declared summer offensive, targeting the international airport and the United States' biggest military base near Kabul.

The Islamist Taliban have vowed to target Afghan and foreign forces, as well as the political process as the country prepares for a second round run-off in the presidential election.

Two rockets landed just outside the heavily guarded airport, but no one was hurt, the interior ministry said.

The U.S.-led coalition reported four rockets hit the U.S.-run Bagram Airbase near capital. No one was killed.

The Taliban claimed responsibility for the attacks.

The Taliban, who ruled Afghanistan with an iron fist from 1996 to 2001, are seeking to overthrow the U.S.-backed government and end foreign occupation.

The insurgents had vowed to derail the first round of the election last month, but a security crackdown by Afghan forces ensured the vote proceeded without any major incidents.

Afghan troops are responsible for most security, as foreign combat troops prepare to leave the country by a year-end deadline.

The Taliban are expected to pose a bigger threat during next month's second round of voting, as the snow will have melted giving them more freedom of movement from their mountain hideouts.

Just over 30,000 U.S. troops remain in Afghanistan, down from a peak of about 100,000 in 2011. Washington has been trying for months to bring in a bilateral security agreement allowing a small American force to stay beyond the end of the year for counterinsurgency and training purposes.

Afghan President Hamid Karzai has refused to sign the deal, but the two men in the running to replace him say they will push the agreement through.

Former foreign minister Abdullah Abdullah and ex-World Bank economist Ashraf Ghani shared about 75 percent of the first round vote, but neither secured an outright majority, according to preliminary results.

A run-off to decide the winner is expected in early June. (Reporting by Jeremy Laurence in Kabul and Rafiq Sherzad in Jalalabad; Editing by Nick Macfie) 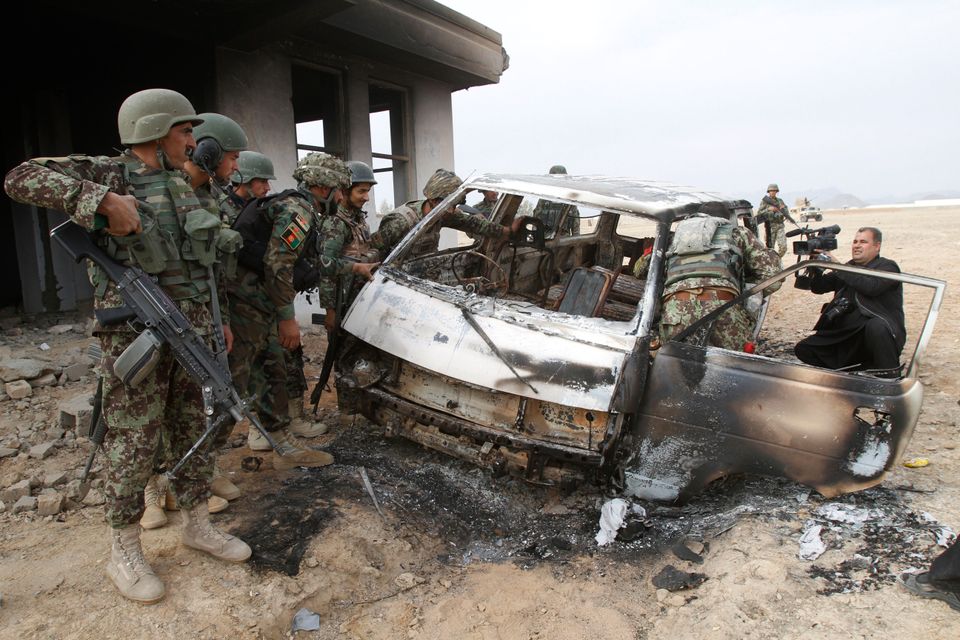