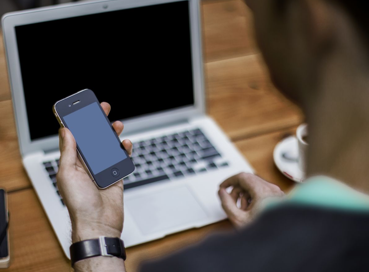 My phone started buzzing. I looked down at the screen. One of my closest friends was calling, but I was busy, so I didn't answer. It buzzed again. I was still in the middle of something. Couldn't answer. Fortunately, we have a code for emergencies. She texted me to call her "ASAP." I dropped everything and called her back immediately.

We had quite a crisis at our award-winning, upper-middle-class high school that day. The police were involved. The word "felony" was tossed around. I was astounded to learn that my friend's son, a straight A Freshman Honor Roll Student, Star Athlete and Student Body Leader, was caught in the Dragnet. Devoted parents rushed down to the school, shocked and distraught -- attempting to assimilate a lot of upsetting information all at once.

Here's what happened -- Some freshman girls, alledgedly, took pictures of themselves in various states of undress - mostly undressed. And just like that proverbial tree that falls in the forest... there's no point in taking these pictures if you don't send them out to a few "interested others." And, believe me, when it comes to pictures of nubile young females undressed, there are plenty of "interested others," who wouldn't mind inadvertently receiving those images.

I'm talking about our teenaged sons. Don't think they're not interested. They are. They will look at a picture if they receive it on their phone, and in the case of my friend's son, whom she dutifuly taught, when he was little, to share with his friends -- "share" he did.

According to local law authorities, sexting is on the rise among teens. Today's technology makes it stupid-easy. And the legislation hasn't quite kept up. For instance, in some states, such as ours, the laws make no distinction between a kid receiving a sexually explicit picture from a peer his own age, and/or a grown adult receiving the same picture. Furthermore, if the subject in the picture is a minor, then the action of sharing the photo can be charged as a felony in some states. The only thing protecting our kids from their own curiosity, and lack of impulse control, is that those same antiquated laws also consider the person who took the "selfie" as a distributor and thus, just as guilty in most cases.

It's not that today's children are necessarily any worse behaved than our generation. This is no different from a boy inviting a friend into his room for a sneak peek at a contraband Playboy magazine he has hidden under his bed. Except for the technology, of course. Where once Johnny had to have Jimmy over to his house to see a paper copy of the picture, now there's a digital image on Johnny's phone, that can be shared with Jimmy with the tap of a finger, enabling Jimmy to share it with a half-dozen of his bros just as quickly.

And what about today's would-be centerfolds? Once upon a time, a girl that aspired to the level of appreciative attention that came from having her nude or semi-nude image lusted after, had to disrobe in front of a stranger/photographer. Not anymore! Nowadays, it's as easy as posing yourself strategically in front of a full length mirror. You can snap away on your cell phone, to your heart's content, in the privacy of your own bedroom, until you capture your most flattering angle to text to all your admirers.

The critical conversation we need to have with our children right now is less about morality and more about technology's ability to rob them of the judgement and discernment that comes from time. The instant gratification of today's smart phones and social networking channels (Instagram, Snapchat and the like) does not allow our kids the same opportunities to mull over the consequences that we had at their age. Honestly, some of the best decisions I ever made in my entire life were "upon second thought...." I think we all try to raise our kids with a moral code, so it rather goes without saying that we will continue in that endeavor, but we need to emphasize that, while it may seem like the spontaneity at their fingertips gives them an advantage, it actually creates a disadvantage, in that there's less time to process things properly.

My friend's son has emerged from this situation a stronger wiser young man. He was, and will continue to be, a leader among his peers. In addition to probably being grounded until college and going off the grid for awhile (losing his cell phone privileges indefinitely) my friend and her husband agreed with school administrators that their son, as a class leader, needed to go before his peers and apologize for his behavior. He did so with courage and integrity. We are glad the lesson is behind him and he plans to move forward, helping others learn from his mistake.

Have a talk with your with your son or daughter about impulse control, instant gratification and taking the time to think their actions all the way through. Remind them that just because they CAN do something quickly, doesn't mean that they SHOULD.

But, that's actually advice for the kids ... You, on the other hand, CAN have this talk right away, so you probably SHOULD. I sure did.

More from Leslie at:
http://agingersnapped.com

PHOTO GALLERY
5 Tips For Dealing With Defiant Teens
Download
Calling all HuffPost superfans!
Sign up for membership to become a founding member and help shape HuffPost's next chapter
Join HuffPost

You Taught Your Kids To Share, Now Teach Them Not To...
5 Tips For Dealing With Defiant Teens

1 / 5
Root Cause
Trying to find out the root cause behind a defiant teen's rebellion is a great step in a positive direction. Your teen may be having problems with a friend, a girlfriend/boyfriend or a teacher and misdirecting their emotions at you. Try talking with them about what could be causing the behavior.
Alamy