These days, it's so easy to go on the Internet and check out the KCRW website to see the artwork that I am talking about, but years ago when I started, that was definitely not the case. That's why I developed a policy where, instead of trying to describe an artwork, I would rather share with the listeners my thoughts and feelings about what I've seen. 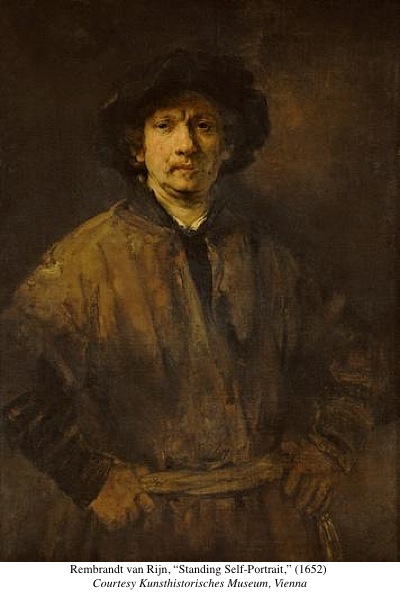 In an ideal world, I would like to take all of you with me to artists' studios to experience their works firsthand - to see, to touch, and even to smell their art. Or, to invite you all to go with me to museums to see great works of art - and not just pass them by, but to slow down and actually spend some time taking in the beauty of the ancient Greek vase, and "listening" to the voice of Rembrandt in his self portrait, or almost inhaling the dizzy energy of a Jackson Pollock painting.

This past Sunday, I was asked to be a speaker at TEDxVeniceBeach and I chose to talk about art and its importance in the lives of all of us. Most of the speakers had a PowerPoint presentation, but I opted to just talk about art without showing it.

I spoke about the uniqueness of our encounters with ancient or contemporary works of visual art, which we can experience firsthand, in real time and real space. It's different than other forms of art. With all due respect and love for, let's say, Mozart or Shakespeare, we inevitably experience their art performed, translated and interpreted through sensibilities of our time. 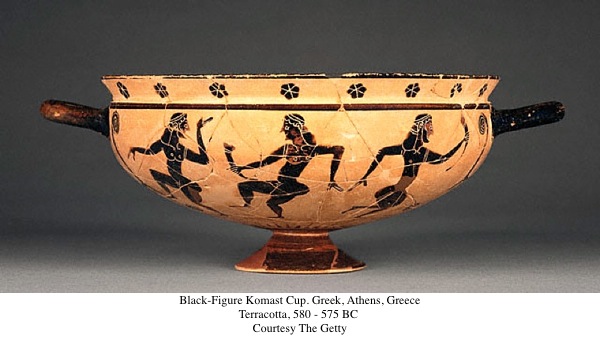 I also shared a story about holding an ancient Greek vase in my hands when I was only 12 or 13 years old and trembling with excitement, feeling that the 2000+ years that separated us has disappeared. We all know perfectly well that touching artwork in a museum is a big NO-NO. But yours truly once committed this crime. While I was still working at the Hermitage Museum in Saint Petersburg, a curator friend of mine called me on a Monday - the museum's day off - and asked if I could help her do something very special, though she mysteriously refused to explain what it was.

I rushed to the museum and met her at the galleries devoted to Italian Renaissance art. She pulled out a sharp knife with which she broke the seal at a display case containing the two arguably most famous Hermitage paintings - two small early paintings of Madonna with Child by Leonardo da Vinci. Each of them painted on a thin wood panel, each of them having the dimensions of a standard letter sized paper. My friend handed one of them to me and held the other Madonna herself. And then we proceeded to walk through dozens of museum rooms and descended into the conservation department where the Chief Conservator had to carefully examine the condition of the paintings to be sure that nothing had happened since the previous examination ten years prior. 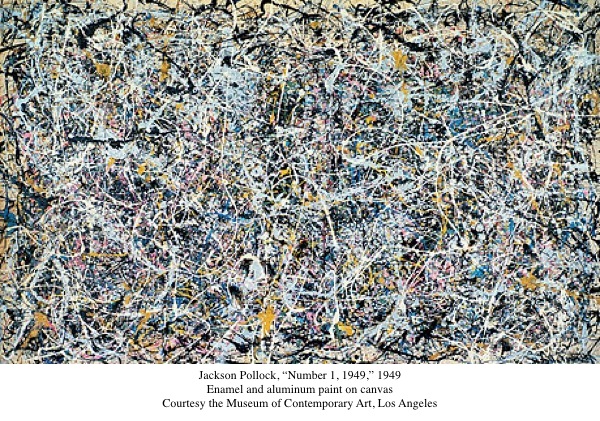 I still vividly remember this out of body experience of holding Leonardo and his Madonna in my hands - literally in my hands. No, I wasn't wearing white gloves. So, my right hand thumb lightly touched upon the blue robe of Madonna at the bottom corner of the painting but, thank God, lightning didn't strike me. After I finished my TED talk, I generously offered to let anyone interested come up and touch my thumb.

Somehow, the power and magic of art helped and guided me when I left Russia and came to this City of Angels. One of the kind souls that helped me in my first months suggested that I go to see his friend who knows a lot about art and lives in Venice. "Venice, Italy?" I asked. Isn't that a little far to travel for advice? "No, silly!" responded my friend. "It's right here in LA, near the beach." And lucky for me, this person turned out to be none other than Frank Gehry, years before he became a household name in the world of architecture. 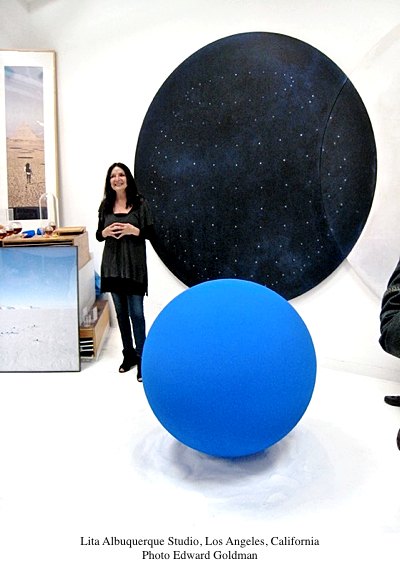 And one of the first LA artists whom I visited in her Venice studio was the amazing and ever-surprising Lita Albuquerque. She was pregnant with her first child and she allowed me to touch her belly, which in Russia is considered great luck.

So, thanks to Frank and Lita and hundreds of other amazingly talented and creative people in LA, I had an almost instantaneous, sort of chemical reaction to this amazing city, which makes me believe in the romantic notion of love at first sight.

Trying to compare Los Angeles to any other famous city is completely missing the point. I see this beautiful, exotic and slightly weird metropolis of ours as a "giraffe" of a city. I even dreamed once of being on a clogged freeway and instead of driving a car, I was riding a giraffe. How about that? 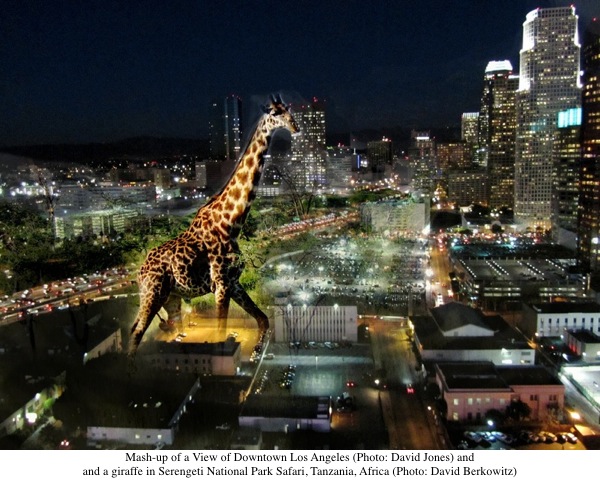 In the last few decades, LA earned a reputation as one of the most important centers of contemporary art in the world. The largest concentration of the best American art schools is here in Southern California as well. A lot of young artists from the four corners of the world come here to study and work, while the number of major NY art dealers expanded their businesses by opening new galleries in LA. One of them, Perry Rubenstein, gave me this response to my question about why he chose to come to LA: "Let me tell you Edward. Los Angeles to New York today is what New York used to be to Paris in the 1950s." Wow. Just think about that. I don't know a better way to define the power and magic of LA's art scene for the whole world.