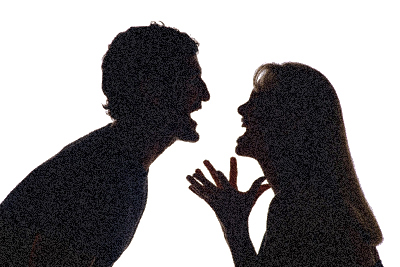 Earlier this year, psychotherapists Patricia Love and Stephen Stosny published new research highlighting the aversion men feel to talking about their ability to communicate in relationships. Their book was so persuasive in its conclusions that Oprah Winfrey touted the book's findings on her show and in her magazine. For the record, this theory is completely true -- speaking as a male, most men find talking about... well... talking to be utterly gut-wrenching and something to be avoided at all costs. It is because I am intimately familiar with this serious distaste for talking about talking, that I find it incredibly baffling that, in politics, it seems we just can't get enough of it.

Last week in Poznan, Poland diplomats and ministers congregated for the U.N. climate talks and, despite the positive intentions, there was a weary cynicism that made the entire gathering seem exactly like the frustrating talks about talking that Love and Stosny are so concerned about.

It's almost eerie how easily the stereotypical male/female roles arose in Poland and how polarized the two sides became as talks continued. On one side, there were the Poor, Developing Countries; on the other stood the Rich, Industrialized Countries. The Poor Countries were really craving some attention: they seem to feel like they are doing all the heavy lifting by themselves, as they are hit hardest by the effects of global warming without the support from the Rich Countries to help them handle everything. The Poor Countries just want to feel supported, invested in (to the tune of $60 million), and protected. They need some love and affection.

The Rich Countries, on the other hand, are keenly aware that they are the pants-wearers in the relationship and remain unwilling to give up any power that comes with holding the purse strings. In the end, the Rich Countries recognize that they're probably going to have to give in a bit, perhaps with some more 2012 carbon caps and emissions deadlines, but they are reluctant to do so until they can figure out how it will best benefit them. Secretly, though, the Rich Countries must know that they can't live without the Poor Countries' cheap resources and labor.

Everyone at the table seems to grasp that this relationship is teetering on the verge of collapse. This last week in Poland was meant to get to the bottom of fixing the issues and make their bond over fighting climate change stronger than ever. Instead, the representatives from the different countries seemed content to just... talk about it. In fact, the whole get-together was billed as the conversation about Kyoto 2.0, or the talk about the talk we're going to have a year from now in Copenhagen.

In true form, just like any good talk about talk, there were highlights of possibility, proposed solutions and flares of "what could be." Brazil pledged to cut deforestation 70 percent within a decade, saving a potential 4.8 billion tons of CO2 from being released into the atmosphere. President-elect Barack Obama vowed more reductions and new conservation investments as U.S. Senator John Kerry reiterated at the talks that the Obama administration "is determined to lead" the fight against climate change. Hey, even China flirted with the guests around the table, dangling a possible curb on its emissions growth rate. In the end, however, they all proved to be false starts -- with little attention paid to Brazil, no concrete plan for action and several empty promises. It's really no surprise that, as Friday's meetings came to an end it seemed the struggling couple would still be sleeping in separate beds.

This circuitous relationship counseling would be just fine if these talks didn't completely ignore the one thing holding everything together, the most important thing to all of us and what keeps everyone bonded: the kids in the middle.

While the countries talk the talk, the deteriorating earth and environment get neglected. Now, these "kids in the middle" are acting up, failing at school and causing trouble...and we're too busy talking about talking to do anything about it. The scientific consensus is now that the earth's CO2 concentration will reach at least 550 to 650 parts per million (ppm) in the next 20 years. To put this "misbehaving" into context, we're currently at 380ppm and by the time it gets to 450ppm, the average global temperature will rise by 4 degrees -- causing mass extinctions, hunger riots, and surging sea-levels across the globe. Imagine what would happen if the earth increased by 7 degrees.

Aside from that apocalyptic reality, natural carbon buffers, like oceans and forests, are also showing signs of strain. The Antarctic Ocean, for example, is one of the world's largest carbon sinks, absorbing 15 percent of all CO2 emissions, but bigger storms and rougher seasons have severely handicapped its power to soak up those gases today. Sadly, longer seasons are having a similar effect on some high latitude forests.

In light of this "acting up," meeting for a week to talk about preparing for discussions, which are still a year away, where we may make a deal that might take effect in 2012 and reduce emissions possibly by 2020... doesn't really sound like much actual progress. The longer this process takes and the more talking we do, the less relevant the outcome to these conversations will be because the environment will probably be beyond saving.

The relationship between the Rich Countries and the Poor Countries is broken, yes - but divorce is not really an option. I say we start listening to the smartest sage there is

It's time to stop talking and renew our commitments.