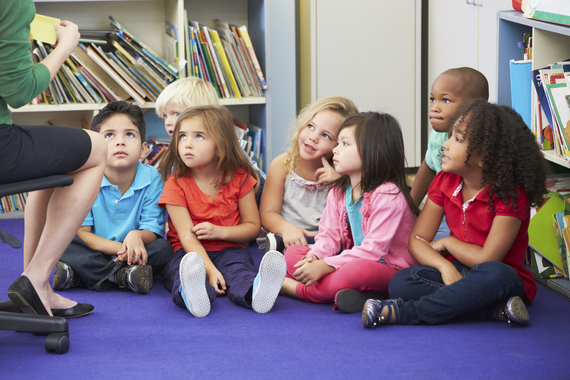 "How wonderful it is that no one has to wait, but can start right now to gradually change the world." -Anne Frank

The violence of Saturday night's mass shooting in Orlando, FL. has left many parents and educators wondering how to purposefully discuss the event, which was the deadliest attack on American soil since 9/11, with their children. It is hard enough as an adult to confront and try to understand this depth of evil, and some voices, from celebrities to newspapers to our own Vice President, are saying that prayers are not enough. In the face of so much hatred and destruction of life, what can we do that is productive? As parents, educators, and role models for children, we can take action by encouraging tolerance in today's youth.

Tolerance is about respecting human dignity and maintaining a fair and objective attitude toward those whose opinions and practices differ from your own, as long as these opinions aren't being used to incite violence or unlawful behavior.

To help children learn that diversity is something to celebrate and not fear, the National Crime Prevention Council recommends taking the following steps:

• Bring into your home toys, books, TV programs, and records that reflect diversity. Provide images of nontraditional gender roles, diverse racial and cultural backgrounds, and a range of family lifestyles.

• Show that you value diversity through your friendships and business relationships. What you do is as important as what you say.

• Make and enforce a firm rule that a person's ethnic background is never an acceptable reason for teasing or rejecting someone.

• Provide opportunities for your children to interact with others who are racially or culturally different and with people who have disabilities. Look for opportunities in the neighborhood, school, after-school and weekend programs, places of worship, camps, concerts, and other community events.

• Respectfully listen to and answer your child's questions about people's differences. If you ignore questions, change the subject, sidestep, or scold your child for asking, you may suggest that the subject is bad or inappropriate.

• Teach your child ways to think objectively about bias and discrimination and to witness against these injustices. Set an example by your own actions.

Religion is one of the major motivators behind hate crimes, and a topic that can be covered with children from an early age. Rabbi and relationship expert Sherre Hirsch suggests using a house metaphor.

"In a house you've got a front door, a back door, a side door, a doggy door- you have all these doors that lead into the central place, usually the kitchen. But no matter what door you come in, you always arrive at the same place," says Hirsch, the first female rabbi of Sinai Temple, Los Angeles. "So that's what I tell my children. People practice religions, they think about God differently, but we're all just ending up in the kitchen. We're just coming through different doors."

But religion is not the only source of friction between groups of people. In order to teach an overall sense of tolerance, try these strategies from the National Association of School Psychologists:

• Model compassion and acceptance of differences. Children take their emotional cues from the significant adults in their lives. Avoid making negative statements about any racial, ethnic, or religious group. Reach out to your neighbors and colleagues who might feel at risk because of their ethnicity, religion or other traits.
• Provide useful information. Accurate information about people, events, reactions, and feelings is empowering. Use language that is developmentally appropriate for children. Make sure all information is factually true. This is especially important when news reports have negative statements about any specific group.
• Discuss historical instances of American prejudice. Internment of Japanese Americans after Pearl Harbor and the backlash against Arab Americans during the Gulf War are obvious examples. Teachers can do lessons in class, but parents can also discuss the consequences of these events and encourage their children to suggest better choices that Americans can make this time.
• Identify "heroes" of varying backgrounds involved in response to traumatic events. These include firefighters, police officers, rescue workers, military personnel, public officials, medical workers, teachers, faith leaders, public figures, and regular citizens who work to help keep students, families, schools, and communities safe.
• Discuss how it would feel to be blamed unfairly by association. Ask children if they have ever gotten in trouble for something a sibling or friend did and how they felt. Would they like it if their entire class were punished for the actions of one student and if they think this would be fair? Older children might want to consider what would have happened if all white American males had been condemned for the Oklahoma City bombing.

For more information, check out expert advice on how to talk to your child after a shooting and strategies for comforting children after a tragedy.

About Kids in the House
Kids in the House is the ultimate parenting resource. With a searchable database of over 9,000 parenting videos, parents can easily access solutions to the full range of parenting challenges that occur between pregnancy and college.
Learn from over 500 top experts, including doctors, educators, professional athletes, business leaders, celebrities, best-selling authors and parents like you!
For more information about Kids in the House, please contact Kids in the House at (310) 899-6026 or office@kidsinthehouse.com.

More:
InclusionRacismMuseum of ToleranceacceptanceChildren
Newsletter Sign Up
Raise the kind of person you'd like to know
Subscribe to our parenting newsletter.
Successfully Subscribed!
Realness delivered to your inbox

Kids in the House, Contributor

The ultimate parenting resource from pregnancy to college