Tom Wheeler, the F.C.C. chairman, is expected to propose new FCC regulations that would make the internet a regulated utility, a move that would ultimately ensure net neutrality. The initiative, which has been supported by President Obama would eliminate the likelihood of providers blocking content and "pay to play" internet fast lanes that would in fact throttle non-premium users. This proposal would greatly add stability to the ever-growing internet of things (IoT) industry which, like many tech industries, rely on the freedom of data for core functionality as well as lower cost. 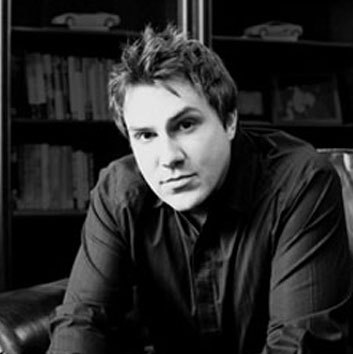 I had the opportunity to discuss the measure with Jason Hope, entrepreneur, philanthropist and IoT advocate. Jason was happy to see the effort towards maintaining a free and open internet, "Beyond the social impact of a neutral internet which is vast as we have seen from an education and news standpoint , but for the tech industry the internet is a giant whiteboard that has made some of the greatest innovations we have seen possible. Altering that landscape means risking the entire creative process."

Net neutrality has been a hot button topic for the last two years. Proponents of net neutrality claim that a prioritized internet, either through blocking of information or the creation of "internet highways", by ISP's allows for unfair competition against competing standalone services. The most popular example being an ISP like Comcast being able to throttle bandwidth allocated to video services like Netflix as a means to steer customers to their own on demand services.

Those against net neutrality argue that additional government control stifles open market creativity and funding of projects that would bolster the country's high speed internet infrastructure. As of last year the U.S. ranked 10th in the world for internet economy. Those against neutrality also argue that a prioritized internet can ensure service for top priority services like health care as opposed to sharing the same bandwidth pool with the public at large. One of the biggest arguments that anti-neutrality speakers point to is the idea that government intervention would stifle creation and ingenuity.

When it comes to driving ingenuity Hope sees it differently. "Real innovation and growth comes with opportunity. The idea that what essentially is internet segregation would somehow drive technology just doesn't make sense." Adding "U.S. technology is driven by start-ups. It's a bottom up industry that requires that access to tools be made as widely available as possible."

While net neutrality has been an incendiary topic for at least a few years it wasn't one that immediately affected IoT. The majority of IoT devices are light on data usage therefore requiring little bandwidth. This changed however with the explosion of IoT products in the home ranging from vastly popular items like the Nest thermostat to more unique items like internet connected coffeemakers. According to Cisco there are currently 80 "things" connected to the internet per second. By 2020 that number is predicted to reach 250. While individual items require little data, a mass of IoT products could take a moderate amount of bandwidth. A non-neutral internet would force consumers to prioritize their internet usage in a way that they never did before likely pushing some devices out of the home.

"Internet connected devices are in essence what we have dreamed about for decades. From Dick Tracy's watch to the automated home of the Jetsons. IoT is the realization of those dreams so it's only natural that more and more connected devices be incorporated into our homes and lives in general. Because of this it's silly not to think that the entire IoT movement wouldn't be paying attention to the future of the internet as we know it." Hope explains.

The proposal's language would avoid the internet falling under the same scrutiny as more heavily regulated utilities like gas and electric to avoid government legislation over issues like pricing. The proposal would also include mobile data, an important element for IoT devices like watches and other wearables.

With IoT being one of the fastest growing segments of the tech industry issues like net neutrality and internet security will remain major talking points as internet enabled devices continue to find greater market share. For IoT to grow it is a conversation that must be had with consumers, designers and lawmakers to ensure that the web as we know it remains intact.