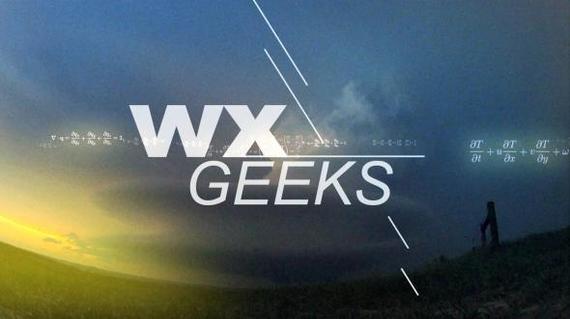 Image courtesy of The Weather Channel

The Weather Channel's new Sunday lunchtime talk show, WX Geeks, might be a peace offering to DirecTV -- to whom The Weather Channel promised a decrease in reality programming and an increase in weather content -- but I don't care.

All weather talk is good talk as far as I am concerned. It is also human talk. Checking the forecast on multiple platforms is an American pastime, but staying around to discuss the weather on any platform is a different thing altogether.

Weather data shared in a human context is powerful and compelling; it is also hard to get right. Since 1982, The Weather Channel has been trying to strike the balance between what David Kenny, The Weather Company CEO, calls "the four S's: safety, storytelling, science and services." That's 32 years. That's a long time. That's a lot of shows. A lot of weather.

Frank Batten Sr., who started The Weather Channel -- and QVC -- understood the power of everyday needs and subject matter. Weather, shopping and community will always be in fashion, like marriage. But keeping them sexy day in and day out is the challenge. 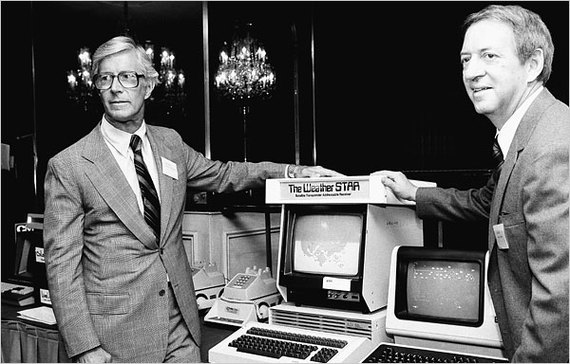 Twitter, Instagram and Snapchat have recently cornered community engagement. Amazon and Ebay have done the same for shopping. While The Weather Channel still "owns" the weather, the market is ripe for disruption. The challenge of modernizing the way we consume weather information is daunting on a 24/7 scale. It may be more relentless than the weather itself. Bringing sexy back has yet to occur in this decade on the weather front, but The Weather Channel is trying: WX Geeks is a start. Yes, you heard me. 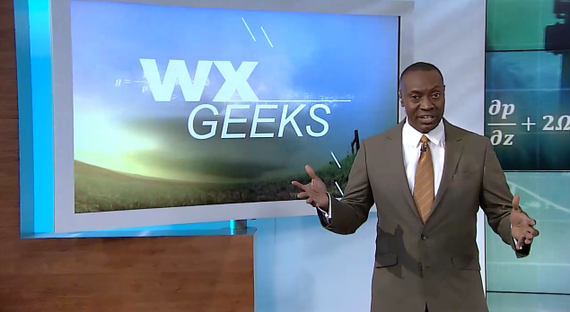 Image courtesy of The Weather Channel

WX Geeks, hosted by Marshall Shepherd above, who is a former president of the American Meteorological Society, shamelessly targets a small audience of weather nuts, professionals, geeks and scientists -- aka "the weather community." While the weather community likes to call itself that, and I am actually part of it, I don't like the label. Weather is the domain of the people, of humanity. The weather community is really all of us. There are experts who know more about this ubiquitous subject, but everyone has something to say about it and is affected by it every day.

Twitter in Super Storm Sandy demonstrated the power of collective accountability made up of the everyman or woman. The magnitude of the tornadoes recently in Colorado reminds us of our roles to report live. Simply looking up at a clear blue sky on a summer day also makes us want, even need, to connect and account.

The Weather Channel President, David Clark, said on a conference call, "We don't have high expectations for television ratings, this [WX Geeks] is really a labor of love for us." I have a more hopeful forecast, that the everyone, the masses, might flock to WX Geeks; think Meet The Press, Face the Nation, Fashion Police, Top Chef or Monday Night Football. The cult of the niche nerd, wallowing in a tight subject verticals is very chic these days; and popular.

DirecTV accused The Weather Channel of taking the weather out of itself. Bill Cosby said, "You don't reinvent yourselves, you get better at what you do."

Maybe weather geeks talking to one another on television will make national stars out of some of them. Maybe this new show will make the way for more engaging weather content on multiple platforms. Maybe it's the beginning of a new era that treats weather like the celebrity that it is.