Contemporary fiction writers have access to an exciting complexity of reality reflected back to us in more and more ways through different media. When I was researching Calamity Jane and the Old West for my book, "In Calamity's Wake," what I saw in the Old West was a magic made possible by a nation imagining itself for the first time through new technologies: print, film, television. I saw stories that crossed borders: the borders between Canada, the US, and Mexico, but also the borders between life and myth, high and low art, the dream and the dreamers.

I saw elided stories, women's stories, indigenous and non-white stories. There was no accurate way to perfectly separate the truth and the tall tales surrounding Calamity Jane or her historical peers, so instead I embraced everything I read as a kind of truth. The mythos of the Old West has acted on the imaginations of generations, so tall tales have become part of reality.

Every work, fiction or non-fiction, arranges material to support a specific vision of reality. The many versions of Presidents we see in recent popular culture represent more than the individuals they are or were, and the way we discuss them says more about the dreams of the masses than it does about a more literal history.

The Old West as we get to see it is an arrangement designed to promote various ideas: sometimes ideas of nationhood, sometimes of individualism. In my case, the Old West and its heroes have been made a showcase for humanity and its hidden diversity. There is no transcription anywhere of what a hero thinks or feels, but every kind of hero becomes a venue through which the masses think and feel.

Calamity Jane was not a hero who rose out of the masses and stood above them, like Wild Bill Hickok or Buffalo Bill or Jesse James. Instead, even bathed in myth, she represents the heroism of the masses, especially the working poor, who get up and live every day, who work and drink and love and spin tales about their potential.

The following list is just a small sample of the dozens of tales of people, animals, and environment that I encountered in my research. Each of these made me feel closer to an Old West where life is complicated and people struggle to define the right way to act in a changing world: 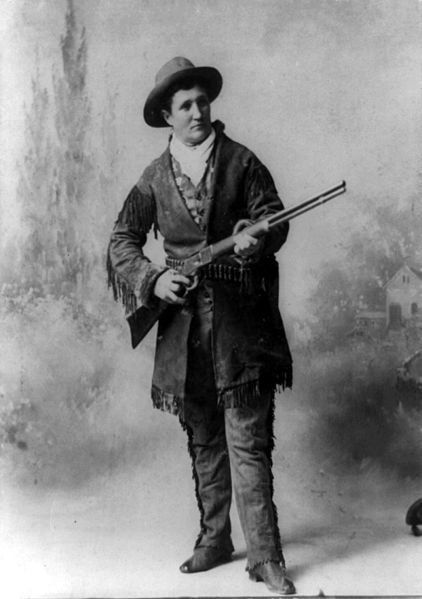