For iconic Denmark toymaker Lego, the sky may no longer be the limit.

The world’s tallest Lego tower ever was constructed in South Korea this week at 105 feet tall to commerate the 80th anniversary of the of the founding of the toy maker The Daily Mail reports, (h/t Juxtapoz). About 4,000 local child contest winners used 500,000 Lego bricks to break records made in 2011 by a Lego tower in Paris at 103 feet and one in Brazil at 102 feet.

The record has now been broken more than 30 times since the first Lego tower was built in London in 1988 measuring less than 50 feet, according to The Daily Mail.

Indeed, this is far from the first time a tower made of legos has reached toward the sky. An Illinois teen made headlines in 2011 for his series of famous skycrapers made out of Lego bricks and built to scale, including the world’s tallest building, the Burj Khalifa in Dubai. The idea was taken further last month by Lego professional Adam Reed Tucker who used more tahn 15 million Lego bricks to build 11 models of some of the most famous architectural feats the world over, DesignTaxi reports.

Lego has also soared in other ways, namely its sales. Despite coming close to bankruptcy in the early 2000s when sales dropped 40 percent over two years, the company has seen a huge resurgence recently, in part because consumers were attracted to the affordable product during the recession, and also due to renewed design efforts, Businessweek reports. Last year, a line of Legos specifically aimed at girls helped the company see a 17 percent sales jump.

Check out the world's tallest Lego tower below: 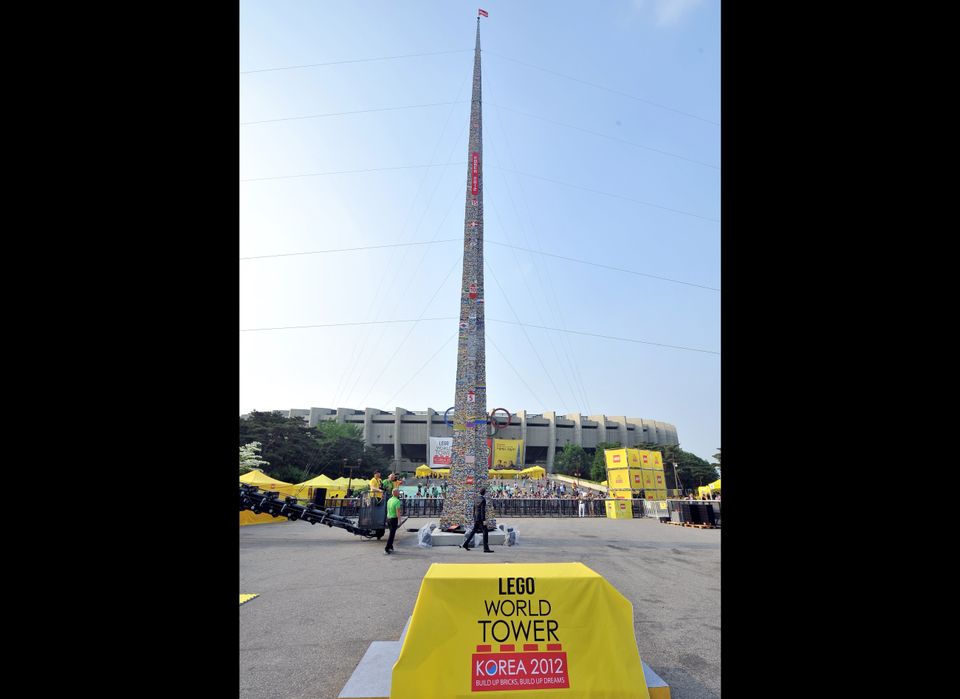