Tamara Jacobs knows what she's talking about when it comes to moving ahead in the business world. When Fortune 500 companies like Pfizer, Johnson & Johnson, Bayer, Merck, Novartis, Revlon, and others need advice with their branding and image, they call Tamara - as do leaders from every field, including a few of the current presidential election candidates. Her brand new, second book, Your Ultimate Success Plan, cleverly and humorously breaks down (for all ages in the workforce) how to job hunt effectively and navigate one's way to career success. Reading Jacobs' books, you can see why she's become one of America's most sought after consultants. She writes as she speaks, in a breezy, witty, no-nonsense style that lifts you into a new way of thinking. This is motivational writing at its most clear and user-friendly. Recent college grads seeking employment would be wise to add this to their summer reading list. 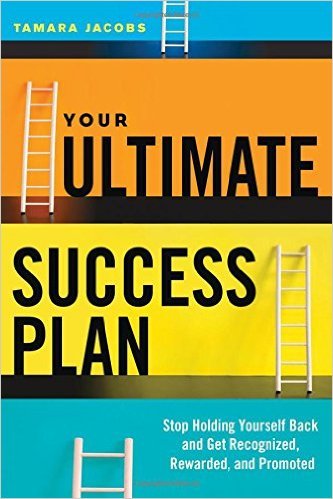 I sat down with the powerhouse Princeton, New Jersey-based Jacobs to find out more about Your Ultimate Success Plan, which she describes, not as a self-help book, but as a "get off your ass book."

Xaque Gruber: Your advice on doing a job search differs from other books - you say don't be so specific in what you're going after.

Tamara Jacobs: Yes, it's about finding a climb - which is not necessarily what you think is the exact, perfect climb. One piece of advice I give is don't be so linear. The people that sit in front of the computer sending out endless resumes and agonizing about their font - people, its not about the font. Get up and knock on doors and be friendly. Connect with a gatekeeper or receptionist. Complement them and make smalltalk so they will put you on the pile.

XG: Every job I've secured working in the entertainment world in Los Angeles has been through personal connections - not through Emailing resumes to an anonymous online listing.

TJ: It's all about relationships and energy. And if you bring happiness and energy and fun to the room, it goes a long way. Energy is infectious. If you don't have it, I can't catch it. Yes, you have to be capable and competent - and so many people are - but what will separate you, is your unique energy. I've worked with energy vampires and whiners. I won't taste the whine. I need to be able to like you and not feel exhausted by you.

XG: It doesn't matter if you're entering the workforce, or are making a jump later in your career, you've written this book to work for all ages.

TJ: I want people to read this book before they become ossified and turn hard as stone. Young people especially are going about their career planning all wrong. There is total dependence on electronics and virtual everything, but a job search is not virtual, it's visceral. Do the unexpected. Send a C.E.O. flowers, and say "if you grant me the job interview, everything will be coming up roses." Nobody will refuse a beautiful bouquet and who else is doing that?

XG: Do people have a fear of success?

TJ: Overseas in Europe and Asia, there are different norms. Americans are the can-do, pull-yourself-up-by-your bootstraps country. It's a country founded with a principal of being free and doing what you want however you want. And business-wise, it's a culture of open vistas, and an open vista can be a scary proposition because you have to create your own landscape. In America, we really don't have as many barriers and boundaries, and you can reach high as you want, but a lot of people tell themselves "no" because A. they're afraid someone else will tell us "no" and B. it helps them avoid the daunting task of having to create their own landscape. Then people can sit there saying "I didn't try for it, I wasn't going to get it anyway, therefore I can't be rejected." This shows a lack of courage. Listen, you still have more opportunity in the United States of America than anywhere else.

XG: You said your mantra is "try yes first."

TJ: Because once you say "no" you cannot go back and say "yes." The door is shut. And so a lot of people are afraid of success because with success comes obligation and maybe they're not necessarily afraid of success, but maybe it's the obligation they don't want.

XG: I've noticed the millennial generation looking to Kim Kardashian as an inspiration or blueprint for overnight success. What do you think about that?

TJ: Success isn't a random act. Success is a planned event - it takes careful planning. Everything you do as a businessperson has to have an outcome in mind, and the outcome has to benefit somebody else - by either making others happier, smarter or richer. In the case of the Kardashians, we do not become smarter or richer, but in a bizarre, subconscious way, we feel happier about ourselves when we see other's dysfunctions played out very publicly. The Kardashians planned all of this, and have created their own successful brand in the business world by flaunting themselves all the way to the bank. It wasn't random overnight success.

XG: Was there someone in your life who taught you the concept of elevating your success?

TJ: My mother. Her philosophy of life was "do not let other people define you based on race, gender, religion, etc" so as a result I grew up feeling I could compete with anybody at any level. And instead of becoming successful by trying to date success, I wanted to be successful myself. I remember when I was younger and a contestant in Miss Teen America pageant, we were all asked "Who do you want to marry?" And I thought what an odd question. I remember thinking it's "who do I want to be, not who do I want to marry," and I got that from my mother who had a very successful marriage, but was one of the few two income households of her generation that I knew.

XG: It used to be people had one job with one company their whole life and then retired, but that's all changed.

TJ: Reinventing yourself every so often is very healthy. If you don't anticipate, analyze, and act, and you're stuck in place, you will get passed by. Today, the hiring forces that be, don't necessarily want to see that you've been in the same place for a long period of time. They like to see that you have demonstrated strategic agility and they you have moved in interesting directions, and have taken on new challenges.

XG: In Chapter Two of your book, you quote Dr. Seuss - "Today you are you, that is truer than true, there is no one alive who is you-er than you."

TJ: I love that quote because it's hugely important to be yourself - though I hate the overused corporate term "your authentic self." As opposed to what? Your fake self? (laughs) Accept your limitations, and go after where your strengths and interests lay, and that is your barometer of what you should pursue and where you'll be successful. By the time you graduate from high school. you know what your strengths are. At that point you know if you've been good on the debate team, or art classes, or foreign languages, etc, you know where to fit in. Don't ever go where others expect you to go or where you think the opportunity is, because it might not at all be right for you. And if you're not good at it, then guess what, it's not an opportunity. http://www.tamarajacobs.com/

Tamara Jacobs interview on the Mother Love Show from TJacobs Communications on Vimeo. 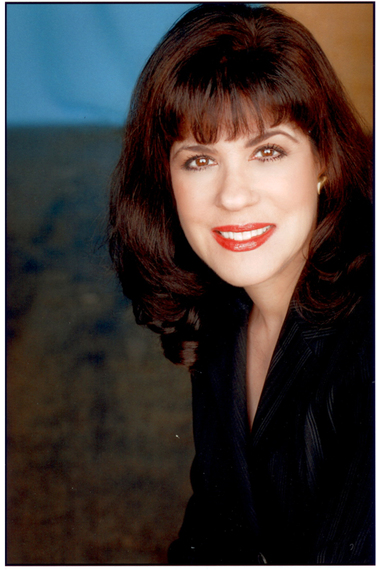