Having a legendary producer like Quincy Jones for one's debut single is a rare opportunity for most aspiring artists. Luckily for Canadian-bred singer-songwriter Tamia, Jones crafted her 1995 hit "You Put a Move On My Heart," which became a top ten R&B hit and earned her a Grammy nomination for Best Female R&B Vocal Performance.

During a candid interview with The Huffington Post, Tamia revealed details behind the album, sustaining her marriage to Grant Hill, her thoughts on the "Basketball Wives" franchise, and her battle with multiple sclerosis.

What has been the response to your new single, "Beautiful Surprise"?

It's awesome! Today I just found out that it was the number one most-added at Urban A/C, so I'm excited. It feels good to sort of get back to music.

Was there anything about the track that made you want to title the album "Beautiful Surprise" as well?

It's not just the track that was the reason why I named the album "Beautiful Surprise." It's just sort of really [about] life's beautiful surprises. There've been so many beautiful surprises in my life. And certainly I always want to look at the positive things in life, and I think that's important for your mental health and your physical health to obviously keep things positive.

But also in life there are so many beautiful surprises. And being able to be in this business for as long as I've been, and being able to have a healthy family and beautiful children and a great husband. Certainly we all have our ups and downs, but really doing something that I love, which is music, and have the fans really support me in that. So to me that's what it was about, the beautiful surprise of life.

Who are some of the people that you're collaborating with on the album?

This album I got a chance to work with great producers. I worked with Claude Kelly, we co-wrote a lot of songs together. I also worked with The Runners, Chuck Harmony, Jeff Crawford, Salaam Remi and J. Phoenix. I worked with a country producer named Luke Layerd. And it's interesting because Claude and I share a lot of similarities in music, we love a great story and a lot of country has a lot of great stories and a lot of the sound is rooted in R&B. So it makes complete sense that we like that. So I tried a little something with this album. I think people will be pleasantly surprised.

Can the fans expect another collaboration between you and Quincy Jones in the near future?

Oh, who wouldn't love that? Quincy Jones is a living legend. Anytime he calls me, I'm there.

I'm hearing that Grant [Hill] is also featured in the video for "Beautiful Surprise." What was it like to work with him on the set?

Yeah, after 15 years. He's like, "I finally made it in the video!" Now, he'll tell you that I choose him because he was cheap! [Laughs] But we had a lot of fun. And it was interesting just seeing him in that mode. Obviously he's done lots of commercials and bouncing basketballs in sweatpants. But this was a totally different thing.

When can fans expect the video to be released?

I just saw a first edit two days ago, so it should be ready soon. I'm thinking maybe in a couple of weeks.

What are some things that you guys do to help keep your marriage thriving?

I always say, "What works in one marriage may not work in the next. So definitely keep your eyes focused on your own relationship." I think it's important to understand that you guys are going to grow. Obviously, I'm not the same person that I was at 24, and he's not the same person that he was. But we also together allowed each other to grow as well and stay connected at the same time. And I think that's important. And obviously, communication is super important. And at the end of the day we just love being with each other and being really good friends.

Since you're married to an athlete, what are your thoughts on the perception of the "Basketball Wives" franchise?

Well, I think the perception is definitely not a reality. I think, to be fair, a lot of those women [on the show] aren't wives. And I'm good friends with Shaunie. And as far as business is concerned, I applaud her, but I think that it's definitely very misleading in terms of what our lives are about. I do have a lot of friends who are married to athletes, and a lot of these women are involved in charities, doing all kinds of things behind the scenes and are supportive wives, and -- believe it or not -- have supportive husbands who are really great guys. I think not only for the women, but I think it just paints a really bad picture about the men as well. I think for athletes in general, people are like, "Why would you want to marry an athlete?" And that goes back to what I was saying to you: what works in one person's marriage, may not work in the next. So keep your eyes focused on yours! I guess it's interesting TV, but it's definitely not reality.

Speaking of charities, you have also been the spokesperson for people battling MS [in addition to your own battle with the disease]. Do you have a particular diet that you maintain today?

Well, I think the great thing for me is that I live in a house with an athlete. And Grant, if he's already not, is going to be the oldest player in the NBA and he's in tremendous shape. [Editor's Note: Kurt Thomas is older than Hill by a slight margin.] So I think that's an asset to me and I definitely learned a lot about taking care of your body and eating right and different philosophies on how to do that. So I think for me and maintaining my health and dealing with MS is sort of always tweaking it. I really look at the body as a symphony, and sometimes one instrument is playing out of key, and you have to go see what's up with that and really fix it. It takes tweaking, it's not always the same. I don't always feel a certain way. But it's sort of about staying connected with your body and eating well, and just remaining positive. As far as doctors and medicines are concerned, certainly do your research and see what works for you. 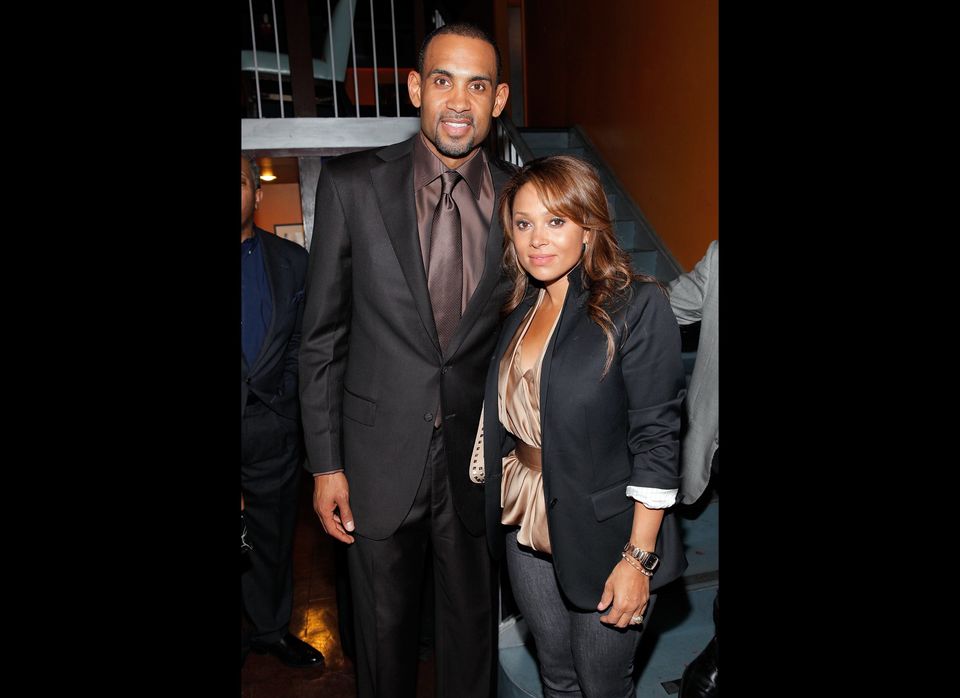