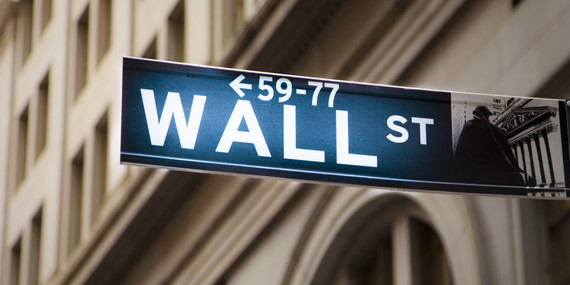 Wall Street likes it simple: promote bull markets; avoid bear markets. But there's now an elephant on Wall Street, and few are daring to talk about it.

In you hadn't noticed, the market has been essentially flat for a year; that is until it cratered last week, losing 18 months worth of gains. Unlike the crash of 2008, there's no obvious smoking gun.

I'm no economist, but I've been reading the economic tea leaves for quite some time.
On July 13, 2015, Paul Gilding published a riveting article in Australia's REnewEconomy titled "Fossil Fuels Are Finished -- The Rest Is Just Detail." We're witnessing, I'm fairly certain, market chaos associated with the end of the era of fossil fuels.

Modern industrialized civilization exists because of a Faustian bargain with fossil energy: first coal, then oil, and now gas. We've mortgaged our future to pay for an over-consumptive present. That "bargain'' is now liquidating the life-support systems of planet earth. Our mortgage has come due in full.

Gilding believes that 2015 will be viewed as the year the "dam of denial" broke. So do I. Fossil fuels are on their last legs. Here are the indicators:

Given these economic tea leaves, the choice is clear: continue with fossil-fueled business as usual and its associated market and climate chaos, or foster, on a worldwide scale, a rapid and orderly transition from fossils to renewables. The most promising vehicle for the latter is carbon fee-and-dividend as advocated by the Citizens Climate Lobby.

Carbon fees are market corrections that build into the price of fossil fuels their "externalities," the costs born by society that the market has long ignored: increased health costs due to air and water pollution, habitat destruction, and climate disruption, etc. The fees are imposed, per ton of carbon, at the source: the wellhead, the coal mine, or the tar sands pit. Economists tend to favor the fee-and-dividend approach over cap-and-trade: it's simple, fair, and not easily gamed by industry.

Most fee-and-dividend scenarios are "revenue-neutral." To offset "pain at the pump," they equitably and fully refund to the public all fees collected. Hence, they are not taxes in the sense that the fees do not swell government coffers.

Because fee-and-dividend scenarios are market based, they enjoy wide-spectrum support, including from well-known fiscal conservatives.

Most germane to this discussion: the fees are gradually ramped up over time, ultimately pricing fossil fuels at or near their true cost to society. The implementation schedule is well publicized in advance, thereby sending clear signals to Wall Street and global financial markets.

Revenue-neutral carbon fee-and-dividend programs are proven economic tools. In an 2013 essay, the World Bank called British Columbia's carbon fee program "a real environmental and economic success after six years [of implementation]." The program has not only reduced carbon consumption dramatically, it has done so while spurring job growth and lowering individual and corporate taxes.

It's high time to recognize the elephant on Wall Street and to tame it before it goes rogue. It's high time for a bipartisan national fee-and-dividend program.

(The author is grateful to Doug Hendren for editorial suggestions.)