After decades of collecting vintage western paperbacks, (published 1939-1960) I decided to downsize and part with the approximately 3,000 novels I'd acquired.

Getting rid of a collection is tough. So I decided to scan the covers. In the time-consuming process of handling each book, scanning it, and making color corrections, I picked up a strong pattern.
Westerns were a large part of pop culture in the 1940's-1960's. The primary reader was the white male, most likely a veteran of World War II or even World War I. He had lived through the Depression and was now in the Cold War era in which Communists were the enemy. 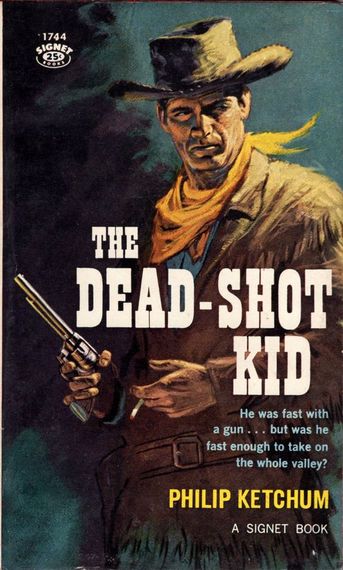 The reader was probably in a 9-5 union or office job or working the land. He might have suffered some degree of PTSD through it wasn't recognized at the time and the stoic male did not admit to suffering any mental problems whether he was a veteran or not.

Here's what I found about the vintage paperback depiction of the Old West:

Out of 3,000 covers, maybe five include black men. (Paperbacks about the Civil War, of course, included more black men).

Of the 3,000 books, women grace the covers of maybe 50. They are fairly equally divided into passive women, those being threatened, and strong women with guns.

The few Hispanics are either villains or poor ranch workers. There are no Asians.

Almost all Native Americans are villains -- primitive, hostile and violent -except the women. They're beautiful and sexy.

The vast majority of the covers depict strong, white males, mostly in some alpha state of confrontation or fighting. Nearly all have guns and most of these are six-shooters. 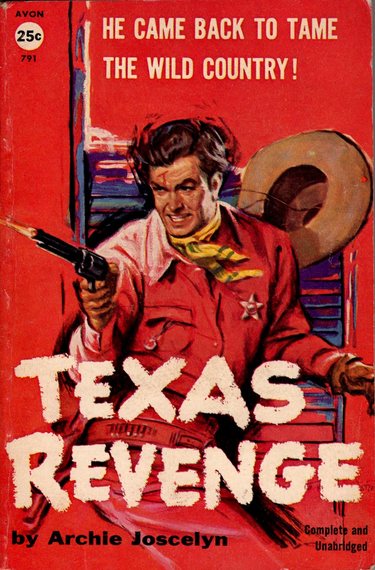 While the covers depict a moment of confrontation or violence from the book, the novels themselves were written by men who knew the west and created fairly accurate descriptions of the region and daily life, mainly from the 1870's through the 1890s.

The artists themselves were primarily New York City or New England residents, most of whom had never been west of Pennsylvania.

But no matter. What is important is the myth, distilled and popularized by Easterner Owen Wister with The Virginian and Zane Grey, beginning with Riders of the Purple Sage. The myth features a hero with a moral code who stands up to evil, greedy men, East Coast bureaucracy and big business.

The heroes are not formally educated. Their education is life experience - the fittest surviving by living off the land, animal instincts, hard fists, quick triggers and accurate aim. (The subhead for one novel: "Iron fists and hot lead made him the Boss of the Panamint.") 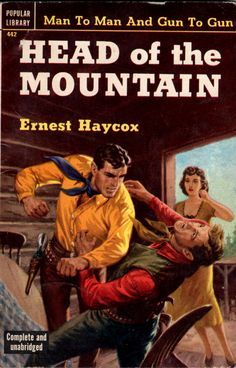 The reality of opening the west to white culture was a complex, messy affair including the genocide of Native Americans, shooting buffalo to near extinction and using Mexican and Chinese as what might as well be called slave labor.

All this was an effort to" tame the land." The irony is that savage behavior was the norm while moving white civilization into the "Wild West."

In the myth the messiness is cleaned up and simplified. The white male hero goes forth into this vast wilderness to combat evil, almost always single-handed, relying on his moral code, courage, and his six-shooter. 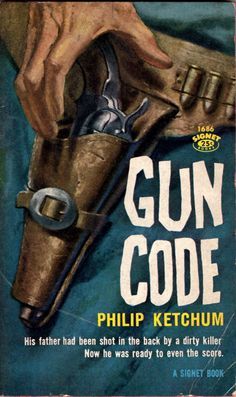 While the Western genre is out of favor now, the myth is as strong as ever. White males of European descent must have their guns to preserve the American Way of Life. Their "enemies" are black men, non-Christians and LGBT folks. (Even Communists seem to have fallen off the 'enemies list" since Trump began praising Putin.)

The readers of these vintage westerns have passed on. But the myth of the self-reliant, strong, white American male relying on his fists and guns has roared forth again over the past few years. It will probably be with us for a time even after white males become the minority in the near future.

A myth is hard to alter, especially when it helped create and maintain an entire culture.

***
Note: In a collector's desperate attempt to preserve and share, I've created a couple of Pinterest boards titled "Six Guns and Guts: Cowboys Lawmen & Mavericks," and "Great Vintage Western Art." They continue to grow as I continue to scan.