As all eyes turn to Tampa Bay for this week's Republican National Convention (RNC), the city's Hispanic roots will be on display to tens of thousands of expected visitors despite the convention's delayed start due to Hurricane Isaac's passage through the Gulf.

Like the rest of the “Sunshine State,” Tampa’s roots can be traced to conquistador Juan Ponce de Léon, who claimed the peninsula for the Spanish crown in the early 16th century. But Tampa’s Ybor City, one of only three National Historic Landmark Districts in the state, can boast Hispanic roots and culture that remain ever present today.

Founded by Spanish-born merchant Vicente Martinez Ybor in 1886, the city became “the cigar capital of the world” after Ybor, who was raised in Cuba, opened up cigar factories and began employing Cuban, Italian, and Spanish immigrants. The cigar industry in the city closed up shop in the 1950s, but the historic district resurged with new commercial attractions in the 1990s.

The cobblestone streets of Ybor City were once walked by Cuban revolutionary and intellectual José Martí, who tried to enlist Cuban factory workers to fight for the Caribbean island's independence from Spain. And as the convention nears, the streets of Ybor City have once again become the epicenter of a heated debate.

Is it spelled La Sétima or La Séptima? The absence of the “p” on street signs along the historic district’s main street prompted citizens to ask the Tampa Community Redevelopment Agency (CRA) to change Seventh Avenue’s signs to reflect the “correct,” or at least widely accepted spelling of “Seventh” in Spanish.

It was Ybor City resident and historian Frank Lastra who first led the charge to have Tampa Bay recognize the contributions of the city's cigar making community by renaming Seventh Avenue as "La Sétima" in 1998. As told by his son to the Tampa Bay Times, Lastra argued that for over 100 years, this was how the cigar workers has pronounced the name of Ybor City's main commercial strip,

But as the RNC was awarded to Tampa Bay, other Ybor City residents started critiquing the spelling displayed on the Seventh Avenue street signs.

"It just makes us look like we're all stupid and illiterate," Fran Costantino, president of the East Ybor Neighborhood Association, told the Tampa Bay Times . "If we're ever going to get it done, it's do or die now. We're going to have thousands of people in town and Ybor City is going to be the star."

Costantino and those in support of the motion prevailed during a City Council vote in May, but the controversy didn't die there, as others -- like the 83-year old great-grandson of Ybor City’s founder -- pointed out that “Sétima” is not an incorrect spelling of “seventh” according to the Royal Academy of the Spanish Language.

"I can't understand that those who were born and lived and were raised in Ybor City don't understand that Sétima is a correct word if you look in a dictionary," Rafael Martinez-Ybor told the Tampa Bay Times. "The people who are bringing it up are the same ones, and I respect them. But respect our history. It's not misspelled." 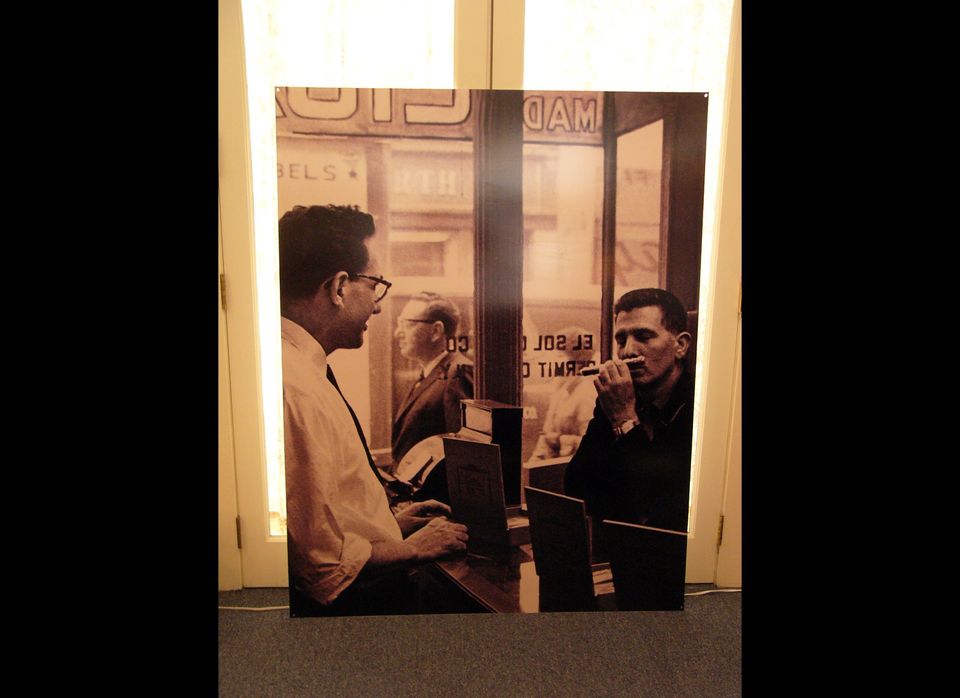