It’s a purchase no woman looks forward to making yet, across the globe, tampons are taxed as luxury items, and customers are demanding it be repealed.

Thursday marks Menstrual Hygiene Day, an awareness event that aims to break the stigma around the issue and air the struggles women and girls who can’t afford feminine hygiene products face. To mark the day, women in Australia are celebrating a major step in removing a hefty tax, and other advocates hope their countries will soon follow suit.

Women in Australia are reveling in the fact that a viral petition led Federal Treasurer Joe Hockey to announce that he’ll lobby this summer for sanitary products to be exempt from goods and services tax (GST), the Australian Broadcast Company reported.

Hockey made the declaration after Subeta Vimalarajah, a university student, presented Hockey with a petition on Monday night that has garnered more than 97,000 signatures.

“Do you think that sanitary products are an essential health good for half the population?" Vimalarajah asked.

Since 2000, feminine hygiene products have been taxed 10 percent in Australia. But, “necessary” items, which include condoms, lubricants and sunscreen, are tax-free because they’re considered essential health products.

“Isn't the reproductive health and hygiene of 10 million Australians important too?” the petition queried.

Advocates in other corners of the world are working to convince lawmakers that women shouldn’t incur a tax for a product that helps them remain clean, comfortable and free from infection when they’re dealing with a monthly bodily function.

In fact, tampons have become so cost prohibitive for women who are struggling to get by, that they’re often at the top of the list of items U.S. homeless shelters need most because supporters don’t think to donate them, Al Jazeera America reported in January.

“It’s not one of the items that people automatically think of when they donate toiletries,” Rosanna Montilla, an associate at Care for the Homeless, told Al Jazeera. “When you get to specific items like female hygiene products, you have to specifically ask for it.”

In the U.K., for example, the value added tax for sanitary products dropped from 17.5 percent to 5 percent in 2000, according to the BBC. Still, protesters want to see the tax completely wiped out.

Advocates in Canada hope to push forward a bill that would exempt sanitary products from the GST.

To demonstrate the disparity among taxed and untaxed items, protesters posted a video where customers in a supermarket question what products are subjected to the GST.

One woman notes that she’d be better off using pita bread as a sanitary pad since it isn’t taxed.

That group has collected more than 74,000 signatures for its petition.

American politicians have also come clean about their distaste for such taxes.

New York state Assemblyman David Weprin, a Democrat, said he’d like to sponsor a bill that would remove the sales tax on toilet paper, but would also want to see the bill include an exemption on feminine hygiene products as well, the New York Post reported.

“This is about more than dollars and cents,” Weprin told the paper. “This is a quality-of-life issue. We have to buy toilet paper. Women have to use feminine hygiene products.” 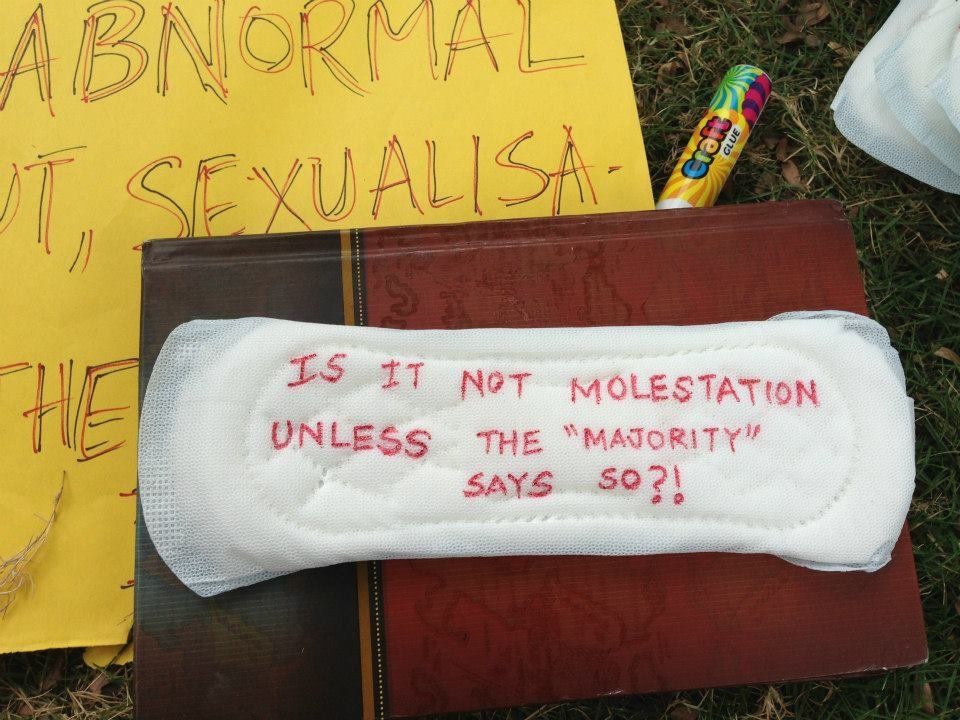