This article originally appeared on artnet News. by Christian Viveros-Fauné 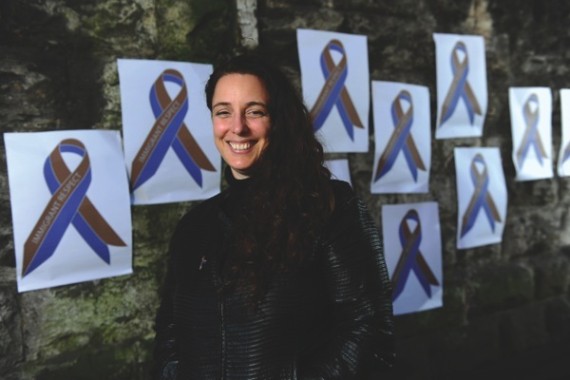 In 2009, the artist Tania Bruguera enacted what is today the world's best-known piece of performance art. Conducted within the framework of the 10th Havana Biennial, the work consisted of standard issue AV equipment, including a stage, a podium, a microphone, two loudspeakers, and what the artist termed “1 minute free of censorship per speaker." Bruguera called the work Tatlin's Whisper #6 (Havana Version), in homage to Vladimir Tatlin's unrealized utopian monument to the Third International. Five years later, the artist revisited the same performance in a video installation at New York's Guggenheim Museum as part of a sleepy exhibition of contemporary Latin American art titled “Under the Same Sun."

Then, on December 30—less than two weeks after President Obama announced the U.S. would normalize relations with Cuba—Bruguera attempted to reprise the same work in Havana's Revolution Square, the plaza where a youthful Fidel Castro once addressed millions. That square is dominated by the José MartÍ Memorial, a 358-foot tower that memorializes the 19th century independence leader, the closely guarded offices of Cuba's infirm ex-President, and the Ministry of the Interior building, which sports a huge mural of Che Guevara underscored by the slogan “Hasta la Victoria Siempre"—Until the Everlasting Victory, Always. If Bruguera's work was the same, its circumstances were changed utterly. We now know that Cuba's 83-year-old president, Raul Castro, and his State Security apparatus—lenient when it comes to authorized biennial fare—don't much like art when it tests the limits of state censorship.

As reported by Carolina Miranda of the LA Times, Bruguera was first arrested last Tuesday as she left her home in an attempt to restage Tatlin's Whisper in the heart of Cuba's official political complex. She was subsequently freed and rearrested twice more, after calling for a news conference in another plaza located along Havana's famed Malecon seawall. An effort she promoted through Facebook, Twitter, and her own website using the hashtag #YoTambienExijo (I Also Demand), Bruguera's frustrated performance grew in direct proportion to the moral cowardice of her arrest. Even in one of the least connected countries in the world—only 3.4 percent of Cuban households currently have Internet access—Bruguera's message of creative protest, civic optimism, and freedom of expression leapfrogged Cuba's access and surveillance walls and went viral.

According to the Cuban Commission for Human Rights and National Reconciliation, as many as 50 other people were detained in relation to Bruguera's performance—making #YoTambienExijo a genuine rallying cry for the island's embattled democracy movement. These included, among other dissidents, the journalists Antonio Rodiles, Eliecer Avila and Reinaldo Escobar, husband of famed Generation Y blogger Yoani Sánchez, named one of 2008's 100 most influential people in the world by Time Magazine. “The performance is already done; the artistic action achieved," Sánchez wrote on her blog about the immediate impact the artist's action had last week inside what she calls “the island of the disconnected." She added: “Bruguera unveiled the framework of censorship, cultural cowardice and repression that immobilizes Cuban life."

Bruguera, who divides her time between Cuba, France, and New York—where she founded and runs the art-cum-political organization Immigrant Movement International—currently faces accusations of holding a “performance aimed at inciting public disorder and resistance to the police." For this she has been stripped of her phone, computer, and passport, and told, alternately, that she must leave Cuba at once, and that she cannot leave the island until formal charges are brought against her in 2 or 3 months. Since her first arrest, Bruguera's cause has been quickly taken up by a far-flung network of friends, in the form of a petition co-authored by curators Cuauhtémoc Medina, Andrea Giunta, Miguel López, and Octavio Zaya. Other art world figures, such as Thomas Hirschhorn, Kathy Halbreich, and Nato Thompson, have recently become signatories. In the fast moving drama that is Bruguera's arrest and ongoing harassment by Cuban authorities, it behooves every conscientious member of the global art community to add their names to the appeal to Free Tania Bruguera. Preferably today!

About the influence Tatlin's Whisper has had both on Cuba's democratic forces and on Obama's efforts to normalize relations with the island's repressive government, Bruguera is pragmatic and self-effacing. “The government did the work for me," she told Rigoberto Diaz of Agence France Press between arrests. “They changed the meaning of the work, giving a lesson in intolerance…. All they did was create chaos." Conversely, what Bruguera's six-year-old performance did last week was to crystallize the contradictions besetting a profoundly unfair, coercive, authoritarian society—something only a few important works of art can achieve under the right circumstances. Inside Cuba, in 2015, Tatlin's Whisper speaks loud and clear.