Club Sun Tanning Salons' attempt to make Thanksgiving into a holiday of tanning has gone totally awry with a promotional campaign with the unfortunate slogan: "The Indians brought more than just 'CORN' to the first Thanksgiving... they brought SEXY 'COLOR'!"

As we've seen time and time again, having non-Native American woman dress up as "Indians" in fake fringes, beads and feathers is pretty much always racist and ill-advised, not to mention tacky. Stereotyping Native Americans' skin color, too? Also highly not recommended.

This year, Club Sun should be giving thanks for the "delete" button on Facebook, not to mention the forgiveness of its customer base. Check it out below. 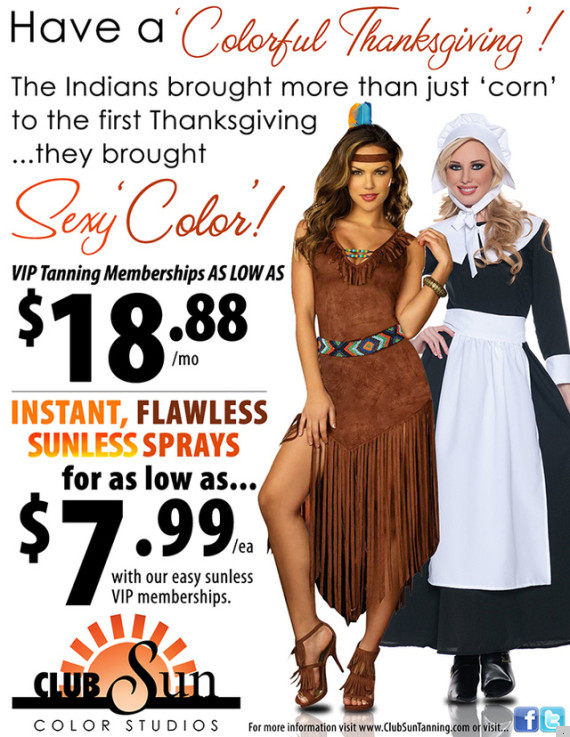 Club Sun is certainly not the first: