"...I travel your body, like the world,
your belly is a plaza full of sun,
your breasts two churches where blood
performs its own, parallel rites,
my glances cover you like ivy,
you are a city the sea assaults,
a stretch of ramparts split by the light
in two halves the color of peaches,
a domain of salt, rocks and birds,
under the rule of oblivious noon,
dressed in the color of my desires,
you go your way naked as my thoughts..."
-- from Sunstone (1957) by Octavio Paz 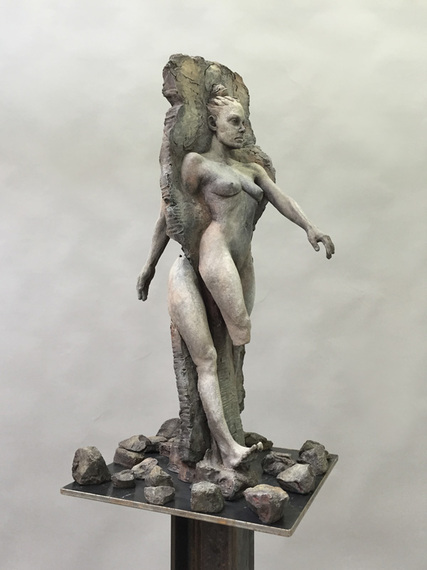 Sculptor Tanya Ragir's abiding love of narrative allegory and figurative symbolism has always operated within an edgy, engaged conceptual framework. She has a fierce desire to renovate standards of (especially female) beauty -- but by empathetic expansion of the paradigm rather than by its violent overthrow. The ironic result is that her work is impossibly, imperfectly, disarmingly beautiful -- at times a mixed blessing. Like others in her creative pantheon such as Georgia O'Keeffe and Edward Weston who investigated the allegorical feminine landscape, her salient polemic is veiled in layers of nuanced, lyrical formalism and mastery of technique that gently shift rather than forcibly dismantle the art historical trajectory of the female nude. O'Keeffe herself once mused that she felt "there is something unexplored about woman that only a woman can explore," and in that spirit of treating the female body as both a subject and a site of social critique, Ragir's relationship to beauty does not seek to supplant the ideal but rather to ask the question: Who is to say, finally, that aging, wisdom, darkness and even death are not also beautiful? 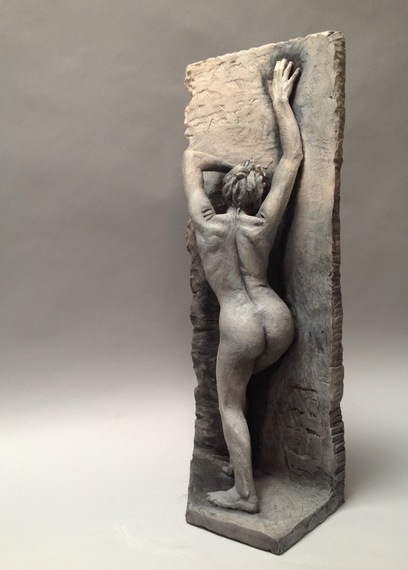 With titles like All in Your Head, Leap of Faith, and Feet of Clay, the lone female figures in The Warrior Series each enact a certain aspect of this dynamic continuum, depicting fungibly personal and mythological experiences of frustration, triumph, surrender, control, mortality, and magic. Walking through walls, blythely stepping into empty space, and jauntily witnessing their own emergence fully formed from eternal rubble -- Ragir does not unduly emphasize the dark and sometimes deeply private places from which her powerful bronze and ceramic objects spring, but this level of meaning emanates from the physicality of the work, ready to greet those who chose to look closer. Her transcendent message is contained within her process and her treatment of materials -- in her figures' unconventional postures, in their variable textures of skin and settings, interpretive scale, declarative titles, introductions of geometry's masculinity and abstraction's disorienting ambiguity -- and most of all, in her reliably masterful technique upon which everything else depends for its success. 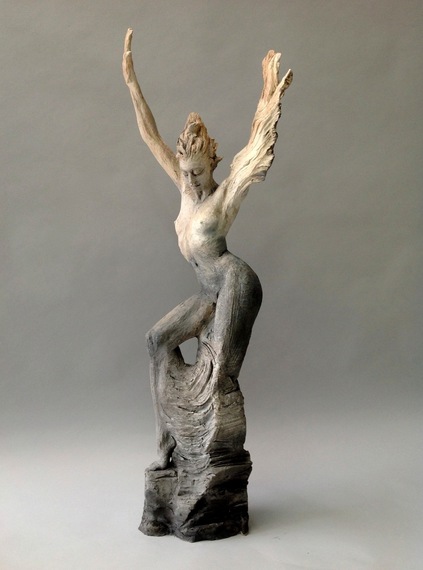 Ragir's craftsmanship is advanced in the way only long decades of diligent practice makes one better; in the way that musicians truly excel at riffs, jams, and improvisations only once they've mastered their technique to the point where it becomes sublimated into instinct. With nothing to "prove" her technical dexterity is free to look beyond itself to more nimbly serve her voice. "It becomes," she says, "more and more about the process, about letting versus making. It's a very intimate experience to fully integrate the inside and outside of a person, of an artist, to give the soul a form; and I'm as passionate about human beings as I am about art. The more personal the work is, the more universal is its appeal. O'Keeffe also said, 'I can see myself, and it has helped me to say what I want to say,' and that's what it is all about. That is the narrative." 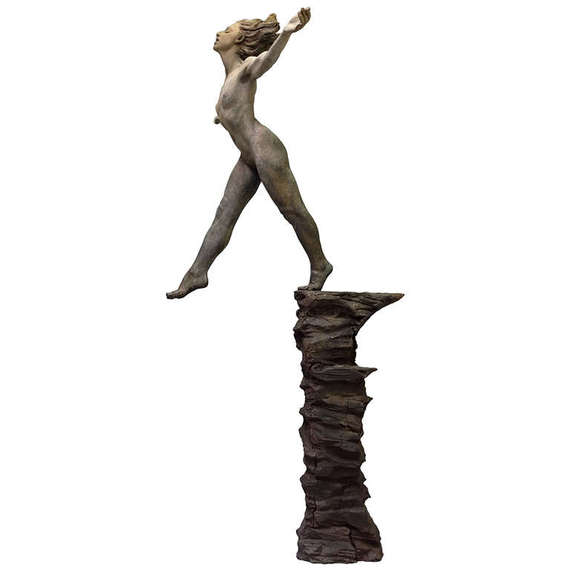