Western history is littered with familiar tales of men, intoxicated with power, hungry to dominate and control. Sometimes their desire is enacted upon natural land, which is then colonized, ruled, and sucked of its resources. Many times, women bear the brunt of these violent urges and are policed and oppressed as a result.

For singer Tanya Tagaq, these longstanding human traditions are very much intertwined ― two distinct manifestations of the same poisonous impulse. Through her music, Tagaq wages war on them both, embodying the power of woman and nature in her aural monsoon of growls, gasps, pants, belches and moans.

Tagaq, who was born in 1975, grew up in the predominately Inuit town of Cambridge Bay. The arctic village, located in Nunavut, Canada, is home to around 1,500 citizens, most of whom are indigenous to the land. Summers are illuminated by hours of constant sunlight; winters, cloaked in unending darkness, reach as low as -40°F.

Growing up, Tagaq recalls lots of hikes, hunts and fishing sessions. In the winter, friends would hibernate indoors and binge-watch movies to pass the time. Occasionally, they’d brave the freezing outdoors and see who could last the longest, often resulting in the most frostbite. “I’m so happy I grew up in a place where the land owns the people,” the singer explained to The Huffington Post. “People have gotten pretty drunk off their power, but here, nature is in charge.”

The artist described her natural habitat as peaceful, beautiful and very, very slow. With no roads leading in or out of Cambridge Bay, with the closest town located hundreds of miles away, the community survives off the land.

“I find it very interesting when people vilify indigenous people that live off the land for hunting,” Tagaq said. “It’s totally different when you are in nature. A wolf isn’t evil for killing a caribou. It is a peaceful act and you get it done quickly. It just happens and it is just a part of life.”

Tagaq, an outspoken advocate of indigenous rights, lambasted the hypocrisy of Westerners who crusade against hunting for moral reasons, without understanding the cultures who depend on the ritual to live.

“A lot of people eat meat but would never be able to kill anything,” she added. “I find that kind of disgusting. If you can’t kill it, don’t eat it. It represents the disconnect that makes up so many of society’s problems. You don’t care how many poor people picked your coffee or how many sweatshops it takes to make your iPhone.”

At 15 years old, Tagaq left Cambridge Bay for high school ― there wasn’t one based in town. She was forced to attend a residential school, which removes indigenous children from their families and encourages them to assimilate to dominant Canadian culture. Abuse at such institutions has historically run rampant.

Following residential school, Tagaq attended university in Nova Scotia. In an attempt to soothe her daughter’s homesickness, Tagaq’s mother began sending over tapes of traditional Inuit throat singing, or katajjaq, to help bring Tagaq closer to her roots. Only, Tagaq had never heard anything quite like throat singing before. It was virtually banned when she grew up, another attempt by more mainstream institutions to wipe away indigenous customs. Throat singing, traditionally, is a call-and-response between two women. Originally a diversion for when men were out hunting, it’s more of a breathing game than a form of music.

In throat singing, one woman (the leader) faces the other (the follower) and holds her by the arms. The leader then sets a foundational rhythm with her voice, leaving silent gaps for the follower to fill in. “The voices fit together like puzzle pieces,” Tagaq explained to The Quietus.

Without any musical training, Tagaq taught herself the foundations of throat singing, though her approach was anything but traditional. Practicing in the shower, she learned to play the role of both leader and follower by exerting sounds with both her inhales and exhales, conjuring the effect of an entire, growling chorus with only her own vocal chords.

Tagaq was jamming one night around a campfire at an arts festival in Nunavut when friends of Björk overheard her remarkable, alien sound. A couple of weeks later, Tagaq was en route to New York to collaborate with the singer on her 2004 album “Medúlla.” Tagaq toured around the world with the Icelandic icon shortly thereafter. As of 2016, Tagaq has released four full-length albums, combining throat singing techniques with the influence of heavy metal, punk, hip-hop, industrial music and electronica.

Her 2014 album “Animism” took home Canada’s prestigious Polaris Prize, beating out competitors including Drake and Arcade Fire. The record features a cover of The Pixies’ “Caribou,” sung by someone who actively understands the experience of the hunt.

Most of Tagaq’s live performances rely on improvisation. The artist described entering a trance-like state while on stage. “Sometimes you get sucked away in the music,” she said. If she messes up, she’s not particularly bothered. “I don’t mind when I’m not perfect, because that is life.”

Close your eyes while listening to Tagaq’s music and it’s hard to believe your listening to a single species, let alone a single person. In one moment, she’s a wounded animal gasping for breath, in another, a ghostly spirit soaring overhead. Then she’s a hellish beast snarling from beneath the floorboards, a divine incantation, a formless energy, a woman approaching orgasm.

“Fear and anger and sex — these are the elements of humanity,” Tagaq said when discussing the ideas most commonly referenced in relation to her work. “Humans are ridiculous. We’ve managed to pervert so many things. We’re only here because our parents had sex and yet society has created this ridiculous idea that sex is wrong. We are sex — that’s why we’re here. There is no point in being ashamed about it.”

The essential essence of sex is not only referenced in Tagaq’s lyrics. It’s interwoven throughout her every gulp and screech. There is sex embedded in the very act of breathing. “People are confused about what a human is and what a woman is,” she continued. “Everyone’s first bed was the lining of the uterus. Women are conduits between the physical and spiritual realm and we’ve been placed within this little box of how we’re supposed to act.”

“Giving birth was a big part of my personal experience being alive and being a woman,” she added. “The way I screamed through labor and how wonderful that was. How much I loved it. I carry that with me everyday when I walk around.”

The sacred importance of what is feminine, what is natural, and what is native unites Tagaq’s wildly eclectic oeuvre. On her most recent album “Retribution,” she covers Nirvana’s “Rape Me,” alluding to the horrific number of indigenous women who have been murdered or gone missing in recent decades. “It’s very scary to know the stats are against you,” Tagaq said in the Spotify commentary accompanying the album. “It can be applied to women and it can be applied to missing and murdered indigenous women as well.”

This November, at San Francisco’s Yerba Buena Center for the Arts, Tagaq will perform live against the backdrop of Robert J. Flaherty’s 1922 silent film “Nanook of the North,” accompanied by percussionist Jean Martin and violinist Jesse Zubot. The project, which was originally commissioned by the Toronto International Film Festival, juxtaposes sound and visuals, a Western view of Inuit life and the living embodiment of it. “The film was made in 1922, so of course it is through a colonial lens,” Tagaq said. “It is where a lot of the stereotypes were born, of the happy-go-lucky, stupid little eskimos. The same old colonial bullshit.”

City life is worlds apart from the arctic temperatures and elemental needs that Tagaq grew up with. Currently, because of her busy touring schedule, it doesn’t make sense to keep Cambridge Bay as a home base. “It’s so far geographically,” Tagaq said. “I would if I could.”

Tagaq, perhaps more than most, sees just how much the world is broken and is well aware that there is always more to fight for. However, her time spent traveling has illuminated that, at their core, people are most often good. “The world is such a fucked-up place, but everywhere I go there are fantastic people,” Tagaq expressed. “It teaches me about not judging. You can be against the system, but you can never judge on an individual level.” 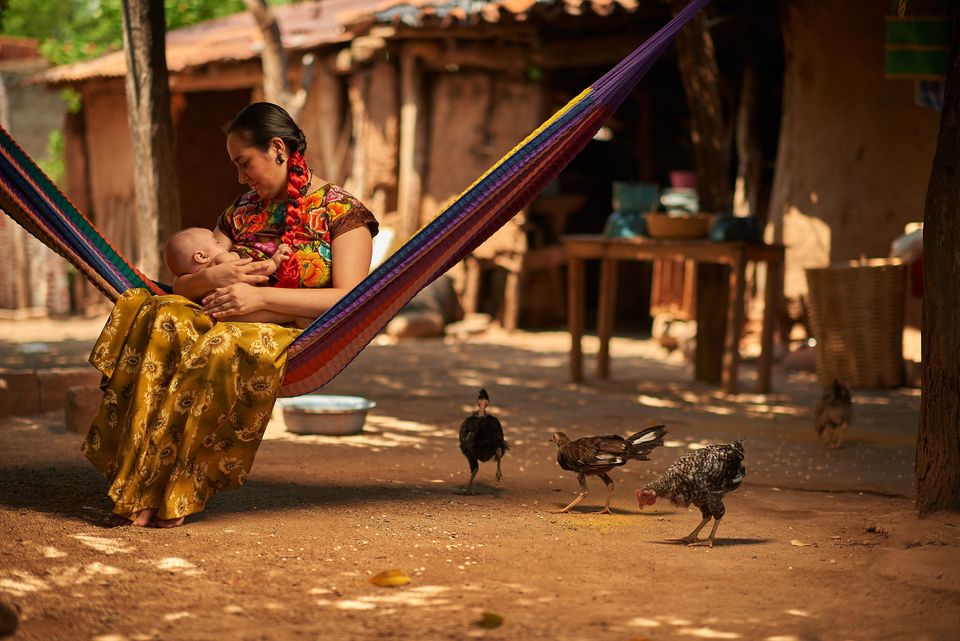