For thousands of years, Tanzania’s Lake Eyasi and the far-off ramparts of the Great Rift Valley have been home to one of Africa’s last remaining nomadic tribes: the Hadza.

A community of 1,300 nomads, the Hadza have historically relied on hunting and gathering to survive. But over the past 50 years, the Tanzanian government has tried to evict and settle the population, National Geographic reported in 2009.

SCROLL DOWN FOR A FASCINATING GLIMPSE INTO THE HADZA'S LIFE

According to Survival International, a human rights organization campaigning for the rights of indigenous tribes, the Hadza have not only lost 90% of its land in a span of five decades, but have also been treated as the lowest in society.

“In some areas, the Hadza are living in poverty on land stolen from them by their agricultural and pastoral neighbors, in a situation where there has been discrimination against them,” Cambridge anthropologist James Woodburn told Survival International.

In 2007, two Arab princes negotiated a multi-million dollar deal with the Tanzanian government to buy the Hadzabe's ancient lands and use them as their own private hunting grounds, the Daily Mail reported. The deal fell apart following international outrage.

In what was widely seen as a milestone, the Tanzanian government handed over land titles to 700 members of the Hadza community last October. It was the first time the government had officially acknowledged land rights for a minority tribe.

Photos and captions arranged by Joanna Eede of Survival International. 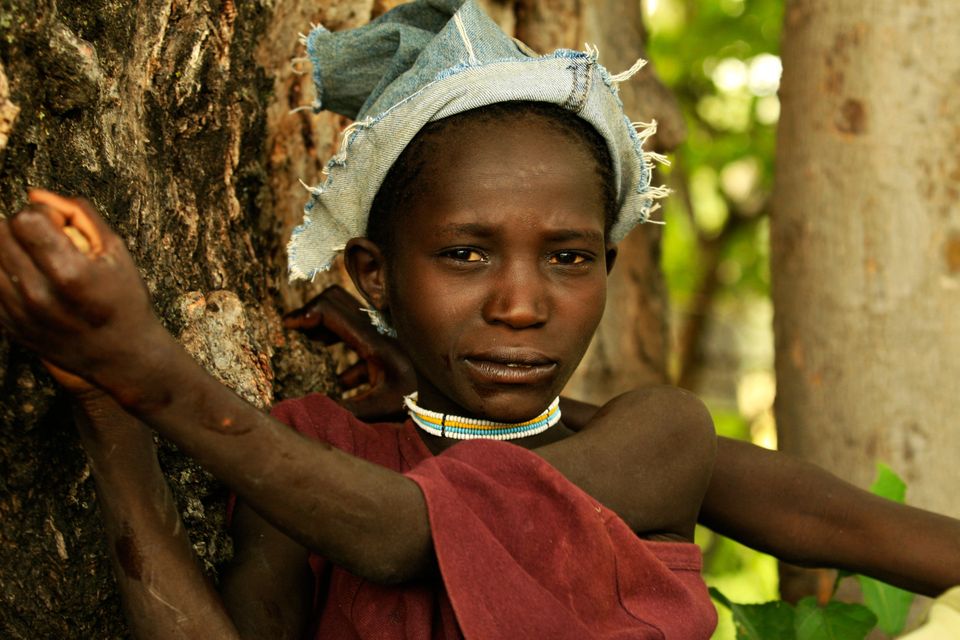