A former "Biggest Loser" contestant is being sued by a fitness firm that reportedly claims she gained "far too much weight" after entering into a contract with them.

Tara Costa, a former plus-size model who appeared on Season 7 of the NBC series, is being sued by FC Online Marketing, Inc. The lawsuit against the former "Biggest Loser" contestant, who lost 155 pounds on the show, was filed July 2 in the United States District Court for the Middle District of Florida in Tampa.

The plaintiff accuses her of breach of contract and copyright infringement, according to the Tampa Bay Business Journal.

FC claims Costa violated a passage in their contract that states she "agrees to maintain her current level of fitness and conditioning" during the duration of the deal, the Wrap notes. The company had paid $45,000 to Costa's foundation in exchange for her image and likeness, but since she regained the weight, she could no longer represent the brand in photo shoots or public appearances.

"We hired Tara Costa in 2011 to be a spokesperson," Michael Parrella, chief executive of FC, told Newsday. "She came on at a certain weight. We had a fitness clause. She was in material breach after she gained, in my opinion, about 45 pounds. She was supposed to visit 15 of our franchise locations, but we weren't able to send her anywhere because she gained a lot of weight."

Back May, it was reported Costa had sued FC, alleging the company owed her $150,000 plus damages for unauthorized use of her image on ILoveKickboxing.com, a website owned by the FC. Her suit, filed in Florida, was later withdrawn, Newsday reported.

"It is notable that despite FC Online’s supposed efforts to distance itself from an overweight individual, it continued to display her name and likeness in association with the services it was offering," her Miami-based lawyer, Darren Heitner, told NBC's Today.com. "FC Online’s lawsuit against Ms. Costa is nothing more than a worthless disguise intended to cover-up its own wrongdoing."

Heitner also defended his client, saying that she has remained physically fit since appearing on "The Biggest Loser" and has even participated in an Ironman triathlon competition. She plans to file a countersuit for royalty and exemplary damages.

For her part, Costa has been thanking fans on Twitter for their support.

@rad_manrunning yeah especially bc time in question was when I did Kona! I was the most fit I have ever been in my life. Thxs bud! 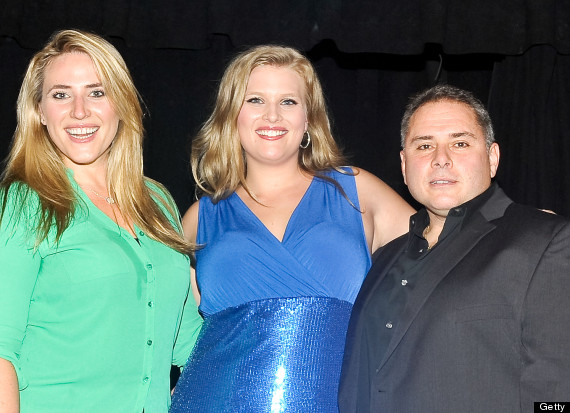 1 / 30
"Ironside"
In the gritty world of the NYPD, no one’s tougher than Det. Robert Ironside (Blair Underwood, “The Event,” “In Treatment”). He’s a fearless cop who won’t stop until the guilty are brought to justice. He and his trusted, handpicked team of specialists — Virgil (Pablo Schreiber, “The Wire” “Lights Out”), Holly (Spencer Grammer, “Greek,” “As the World Turns”) and Teddy (Neal Bledsoe, “Smash,” “Ugly Betty”), as well as his former partner Gary (Brent Sexton, “The Killing”) and boss, Det. Ed Rollins (Kenneth Choi, “Sons of Anarchy”) — will do whatever it takes to solve New York’s most difficult and notorious crimes. As a detective, Ironside’s instincts are second to none, and those around him have to stay on their toes if they want to keep up because when his spine was shattered by a bullet two years ago, Ironside swore he’d never let a wheelchair slow him down.
NBC