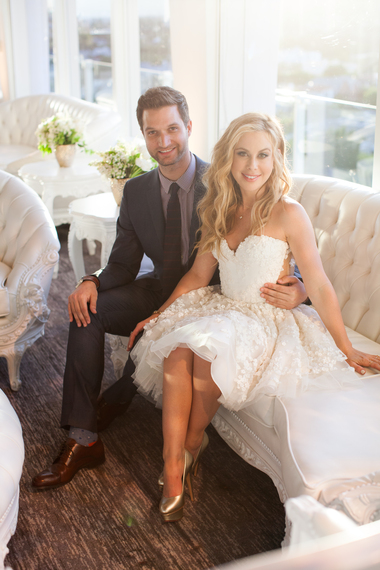 Olympic sweetheart Tara Lipinski celebrated her engagement to fiancé Todd Kapostasy yesterday at Mr. C Beverly Hills. Wedding Paper Divas' Style Partner, and wedding planner to the stars, Mindy Weiss planned the bash, and Wedding Paper Divas hosted the fete. Lipinski said, "Due to our hectic work schedules, Todd and I aren't able to officially tie the knot until 2017 but we couldn't wait that long to celebrate. Having an engagement party was a great chance for our friends and family to get to know each other better and get excited for the big day. I had a blast collaborating with Wedding Paper Divas and my wedding planner Mindy Weiss on our engagement party."

Mindy and WPD teamed up to celebrate the bride and groom to be with a chic celebration - the space was filled with beautiful and elegant white and gold accents, personalized details like adorable cocktail napkins from WPD, trays from Shutterfly, and blossoming hydrangeas throughout.

Tara Lipinski and Todd Kapostasy's sports roots brought them together -- they first met when Olympic figure skating champion Tara handed sports producer Todd a Sports Emmy on stage. So Tara and Todd played a really sweet homage to their love story at their engagement celebration.

Their engagement party was custom for them but other couples can duplicate an equally special experience. WPD Style and Trend Expert Amber Harrison and Mindy Weiss gave tips on how to incorporating your love story into your event like Tara and Todd did:

The color theme. The couple chose white and gold as their central color theme. The gold was inspired by Tara's Olympic medal and Todd's Emmy. Choose a color you love or that means something to you. 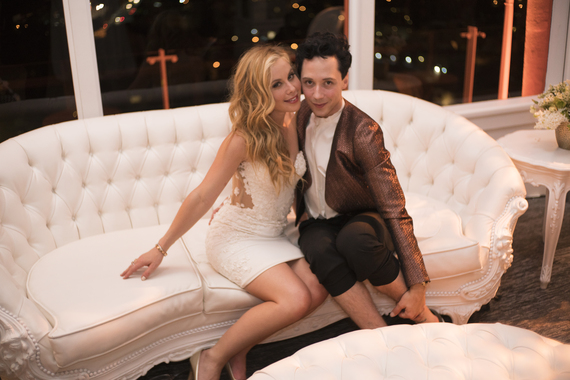 The invites. The gorgeous Wedding Paper Divas invites featured a painting that Todd commissioned of him proposing to Tara -- which was central to their proposal story. The image was also featured on some decorative acrylic trays by Shutterfly. Custom art is always special to commemorate a special event. 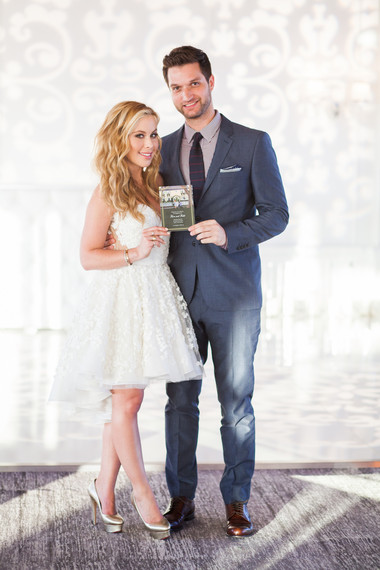 The photo booth. Guests were treated to some specialty props at the photo booth, including an Olympic gold medal and an Emmy award (both fake, of course!). Adding an element of fun is great, especially for an engagement party that is more casual than the wedding will be. 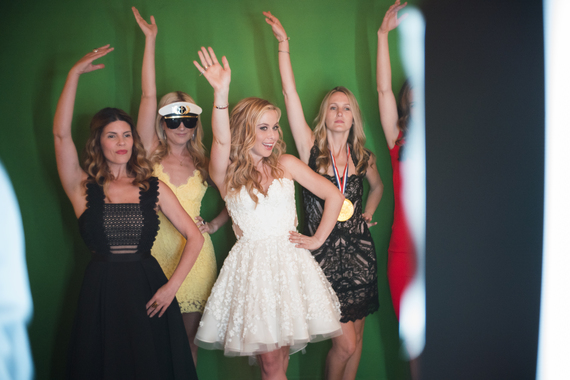 No signs of peach! Peach has been bad luck color for Tara since her competitive days, so Mindy and team steered clear of the hue in the decor. Knowing what you don't want is as important as knowing what you want, make a list of no's for your planners or hosts.

Keep it simple. If you have a great venue, accent what you have instead of going overboard with decor and taking away from the natural beauty of the space. Using white flowers in the elegant space highlighted the beauty of the Mr. C Beverly Hills space. 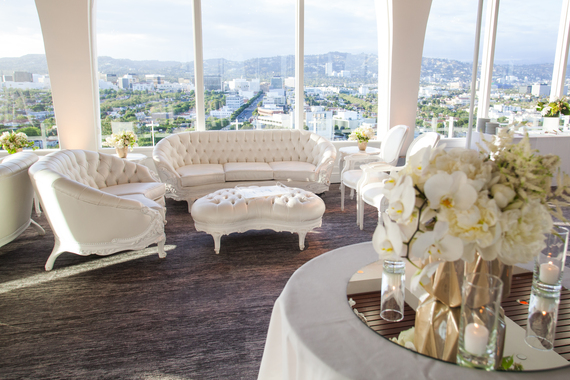 Don't forget about the details. Personal touches and small details will make the most minimal decor come to life without breaking the bank such as Tara and Todd's custom trays from Shutterfly. 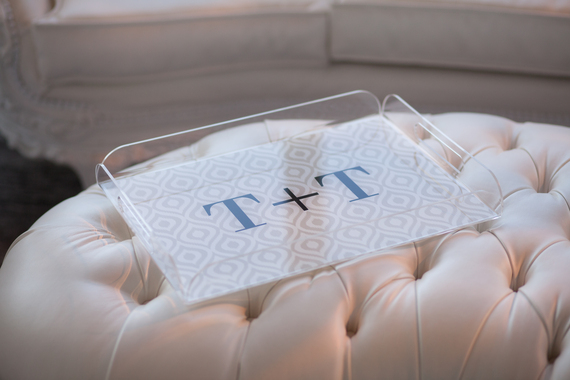 Let your personalities shine. Use menu items, favors, photo booth props and more to get personal with your guests get into the spirit and celebrate your love.

Weiss said, "The lovebirds also used their menu to share their favorite treats with guests and reveal more details about themselves. They had a huge assortment of their favorite desserts - banana bread pudding for Tara and mint for Todd - as well as cake pops covered in edible glitter, warm chocolate chip cookies with milk served in shot glasses and a coveted coolhaus ice cream sandwich station." 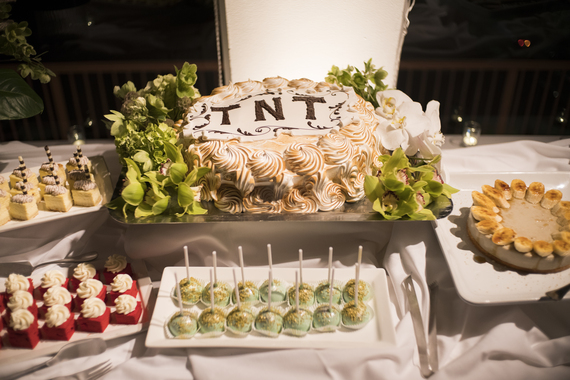