Target has stirred outrage with an “Annie”-themed ad campaign featuring a white model in place of the black actress who stars in the latest film version of the rags-to-riches story.

An online petition calling for the big-box retailer to remove the ads and apologize to "Annie" star Quvenzhané Wallis had accrued more than 10,000 signatures by Wednesday morning. The petition launched on Monday.

The ad campaign, which began promoting an “Annie”-themed collection in early November, ended this month on schedule, Target told The Huffington Post on Wednesday. The backlash to the ads was a “misperception” of the message, a spokesman said.

“Girls from a variety of backgrounds were featured within the campaign, reflecting that anyone can embody the spirit and character of Annie,” the company said in a statement. 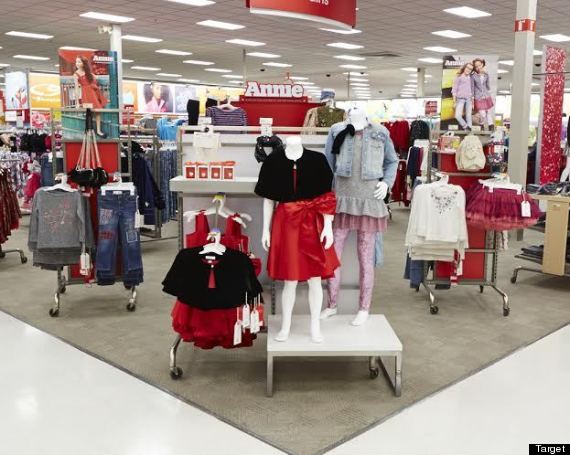 An in-store display for the "Annie" campaign.

Target originally courted Wallis to model in the campaign, but did not reach an agreement with her, Target said. Instead, both Wallis and co-star Jamie Foxx consulted the Minneapolis-based retailer on the campaign and appeared at both Target’s September sales meeting and at a launch event for the collection in New York City in November. 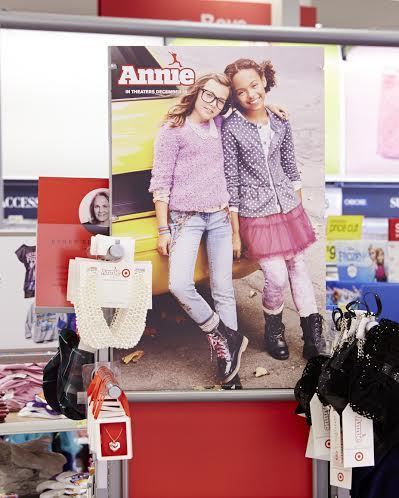 That wasn’t enough for some who felt the ads for the collection, which is now on clearance racks, focused too heavily on the white model, the only one photographed wearing Annie’s iconic red dress. The campaign materials did feature at least one non-white model: In one promotional photo, a dark-skinned girl in a pink skirt was pictured leaning against a bespectacled white girl.

“If you think about the red dress and locket, that’s synonymous with Annie,” LaSean Rinique Shelton, the Delaware-based motivational speaker who started the petition on Change.org, told HuffPost.

She said that, even if Target couldn’t have booked Wallis for the photo shoot, the company should have found a way to make the campaign more diverse. 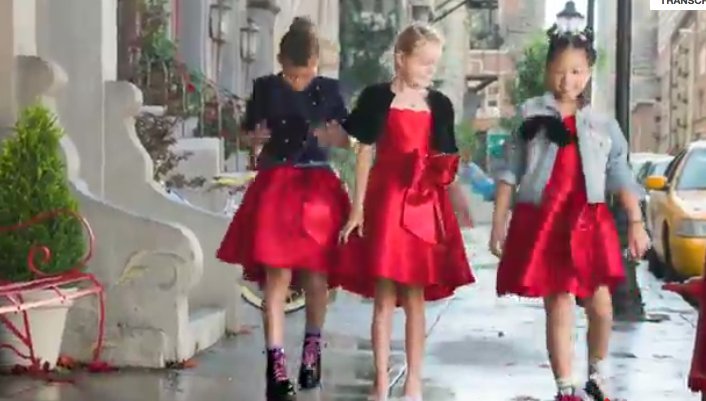 A screenshot from Target's TV commercial, featuring a diverse cast of Annies

“It shouldn’t just be one caucasian model, who was very beautiful, but was not the face of Annie,” she said.

In a video commercial, a diverse trio of little girls wear red dresses as they skip down a city sidewalk. That ad was not included in the in-store promotions shoppers saw in Target.