Target says it’s taking a stand against Christmas creep, noting that customers want more emphasis on Thanksgiving before it’s time to get jolly with the mistletoe and holly.

“They want us to pause and be really intentional and recognize Thanksgiving,” Rick Gomez, Target’s chief marketing officer, told The Associated Press. “What they don’t want us to do is go right into Christmas. So, we are going to respect that.”

But there’s a huge asterisk on that promise, which earned the company plenty of press coverage for tackling Christmas creep.

The promise to recognize Thanksgiving and hold off on Christmas products and decorations only applies to one small area of Target stores.

“The change for this year is only to the signing we place at the front entrances of our stores,” a Target spokeswoman told NBC News.

Indeed, once you get past the entrance, many Target locations are already promoting Christmas, leading to a Burton-esque mix of Halloween and Christmas:

Why on God's green earth are there CHRISTMAS LIGHTS on the back wall of the Halloween display at @Target? #knockitoff

If anyone was wondering target is selling Christmas socks for $1😍 pic.twitter.com/PS9ol3xsf5

The dollar section at target is FULL OF CHRISTMAS STUFF ALREADY IM SO EXCITED!!!

Not sure Target really gets the idea about waiting a bit to market Christmas-this came in the mail today. pic.twitter.com/Llbx4YBjCX

Target is hardly alone. Christmas merchandise is already slipping into stores around the country, especially big retail chains, and a number have begun mailing out Christmas catalogs and other promotions.

Musicians are also promoting their Christmas albums, and this weekend ― before Halloween ― the Hallmark Channel plans to broadcast its first Christmas movies of the season.

Ready or not, it seems Christmas is here. 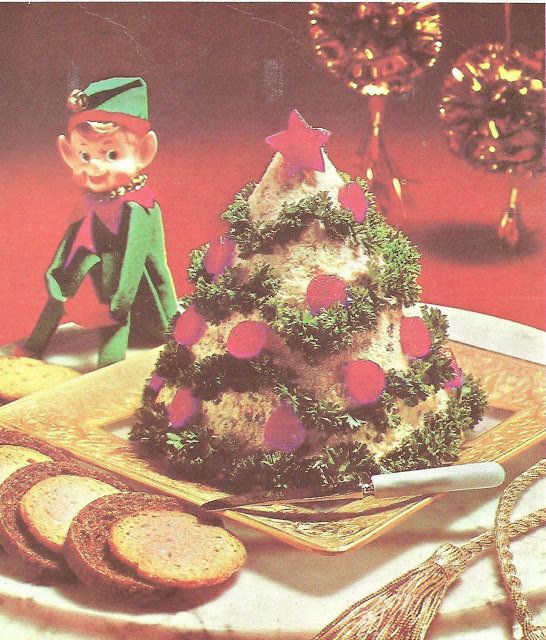 1 / 9
Tuna Christmas Tree
All we want for Christmas is to not eat tuna shaped like a Christmas tree.&nbsp;<i>From </i>"<a href="http://www.badanduglyofretrofood.com/2012/10/chrismas-october-no.html" target="_blank">Treasury of Holiday Ideas</a>"<i> (Better Homes and Gardens, 1968).</i>
Originally published in Better Homes and Gardens&#174; publications. <a href="http://www.bhg.com/recipes" target="_blank">http://www.bhg.com/recipes</a>