Years from now, historians will likely look back at this period in American history as one of heightened prejudice amongst a significant portion of the public and shortsightedness amongst many political leaders. You do not even have to stretch the rhetoric of some Republican presidential candidates too much to spot metaphors comparing Islam to Nazism! However, in this seeming contest to see who can be the most Islamophobic between the GOP presidential candidates, frontrunner Donald Trump has clearly outdone the rest.

Donald Trump's comments that Muslims should be banned from the United States, while not representative of what all Americans believe, reflect the negative view of Muslims that most Republicans have. Trump's rhetoric and the perception that many Americans have of Muslims in a way hits at the heart of the reason for the detrimental nature of many U.S. policies towards the Muslim world. The root problem is that while politicians like Trump and Rubio are often quick to demonize all Muslims and blame them for acts of terror, little to no effort is given to really understand the root causes and motivations for such terrorism. With such a mentality, it is impossible to pursue a truly effective counterterrorism policy.

Nevertheless, Trump has paradoxically asked the right question, saying in a recent CNN interview: "We have to find out where does this hatred come from ... We have to find out why and where is it coming from." Trump is correct that the perception of the United States in the Muslim world, particularly in the Middle East, is extremely negative. To get at the root of why this is so, however, requires one to make a critical assessment of U.S. policies and actions in the region over the past several decades.

Trump's rhetoric and the perception that many Americans have of Muslims hits at the heart of the reason for the detrimental nature of many U.S. policies towards the Muslim world.

The consensus among serious observers of the Middle East is that the reasons for antipathy in the region towards the United States are multifold, having to do with: the United States' unconditional support of Israel and its expansionary and oppressive policies against the Palestinians; propping up of a host of unrepresentative, corrupt and repressive dictatorships throughout the Middle East and North Africa; and widespread military intervention in the Muslim world, from drone attacks that have claimed tens of thousands of civilian lives to whole-scale invasions that have cost the lives of hundreds of thousands of Muslims. Nearly 80 percent of the people living under the Palestinian Authority and Hamas qualify America as an "enemy." About 85 percent of Egyptians and Jordanians and 73 percent of Turks, all key U.S. allies in the Middle East, have a similar opinion. Polls show that 7 of the top 10 countries that view the United States most unfavorably are Muslim countries, while only 1 of the top 10 countries that view America the most favorably is Muslim.

These above-mentioned drivers of radicalization have allowed extremist groups in the Muslim world to gain some degree of support, particularly in weak or collapsed states like Libya, Iraq and Syria. Of these terrorist groups, what American decision makers most need to understand is that there is another common thread between them that is in fact the critical ingredient to their very formation. This is Wahhabi Salafism, the ideology of all jihadist terrorist groups, a puritanical Islamic sect that disdains the other branches of Islam -- whether Shia or the four traditional schools of Sunni Islamic thought (Hanafi, Hanbali, Maliki, and Shafi'i) -- and is based in and exported by a key U.S. strategic ally: Saudi Arabia.

To counter the threat of terrorism, strategies should be adopted that address these causal factors that have given birth to terrorist groups from the self-proclaimed Islamic State to Al Qaeda and Boko Haram. Casting blame on the whole religion of Islam is not only nonsensical, but also immensely counterproductive. Further, senseless acts like H.R. 158, a bill that was recently signed into law that requires individuals from 38 normally visa-exempt countries to attain a visa to enter the United States if they have travelled to Iran since 2011 or are dual-Iranian nationals, not only does not aid in the fight against terrorism, but also threatens to undermine the implementation of the Iran nuclear deal. If the Iran deal were to be scuttled in such a fashion, the region would certainly plunge into further instability.

Casting blame on the whole religion of Islam is not only nonsensical, but also immensely counterproductive.

By targeting Iranians in this fashion, this law represents another bizarre and pointless measure adopted by the United States in order to ostensibly counter the threat of terrorism. Not a single perpetrator of the 9/11 terrorist attacks, or the various international terrorist attacks since then, whether in Paris or San Bernardino this year or the 7/7 London bombing or any other similar attack, has been Iranian. On the contrary, most of the people who have committed these atrocities are from countries allied with the United States, such as Saudi Arabia and Pakistan -- countries this H.R. 158 did not mention at all.

While Iran's Revolutionary Guard Corps is at the forefront in the fight against ISIS and Al Qaeda in the Middle East, three new pieces of Iran-related sanctions legislation have also been proposed in the U.S. House of Representatives in recent weeks against the IRGC. Such sanctions legislations will limit the impact of sanction relief agreed within the nuclear deal, limit Iran's ability to fight ISIS and Al Qaeda and stymie any chance for broader outreach between Iran and the United States. Such a reality would increase U.S. tensions with the Muslims world sharply as well.

The threat of terrorism is real not only for the United States, but also for the states of the Middle East and the whole world. As such, the best way to marginalize this threat now is not to frame religion as contributing to terrorism, but as a tool to end it. If mobilized effectively, religious leaders can be more effective in the fight against terrorism than any political leaders or military/intelligence operations. This is due to that fact that Islam is explicitly against terrorism, with the Quran (Surah 5, verse 32) declaring: "if anyone killed a person not in retaliation of murder, or (and) to spread mischief in the land -- it would be as if he killed all mankind, and if anyone saved a life, it would be as if he saved the life of all mankind."

The best way to marginalize this threat now is not to frame religion as contributing to terrorism, but as a tool to end it.

I offer a proposal for political leaders in the United States and across the world to counter the immediate threat posed by ISIS and other similar groups. In order to deny these terrorist organizations any religious legitimacy whatsoever and effectively organize the masses of the Middle East and beyond against them, Muslim religious leaders from the center of Sunni learning (Al-Azhar University in Cairo) and the Shia theological centers of Qom, Iran and Najaf, Iraq should meet with the imaginative Pope Francis to promote religious unity, harmony and discuss ways to control religious extremism.

With this religious backing and authority, political leaders of all the relevant countries should then hold meetings to develop a common, coordinated strategy against terrorist groups, based on the recommendations brought forth by the prominent religious figures. This path of enhancing religious dialogue will marginalize extremist voices and allow for groups like ISIS to be defeated in a lasting way.

Ambassador Seyed Hossein Mousavian is a scholar at Princeton University and a former Iranian diplomat. His latest book, "Iran and the United States: An Insider's view on the Failed Past and the Road to Peace" was released in May 2014. 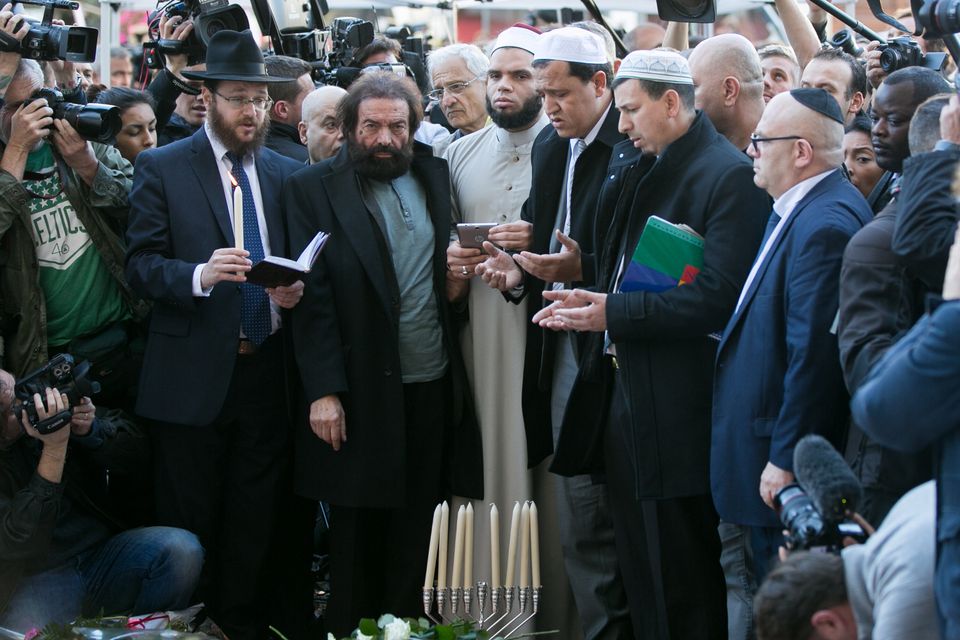